Wallace and Gromit’s ‘Musical Marvels’ was performed at the Lowry on a dreary Bank Holiday weekend. Whilst I was aware of the wide demographic that this hilarious modelling clay duo entice, I was not at all surprised to see many children. Very many children! I was also a little unsure and intrigued how the orchestral aspect would appeal to them and also how a much loved film would work with live music. 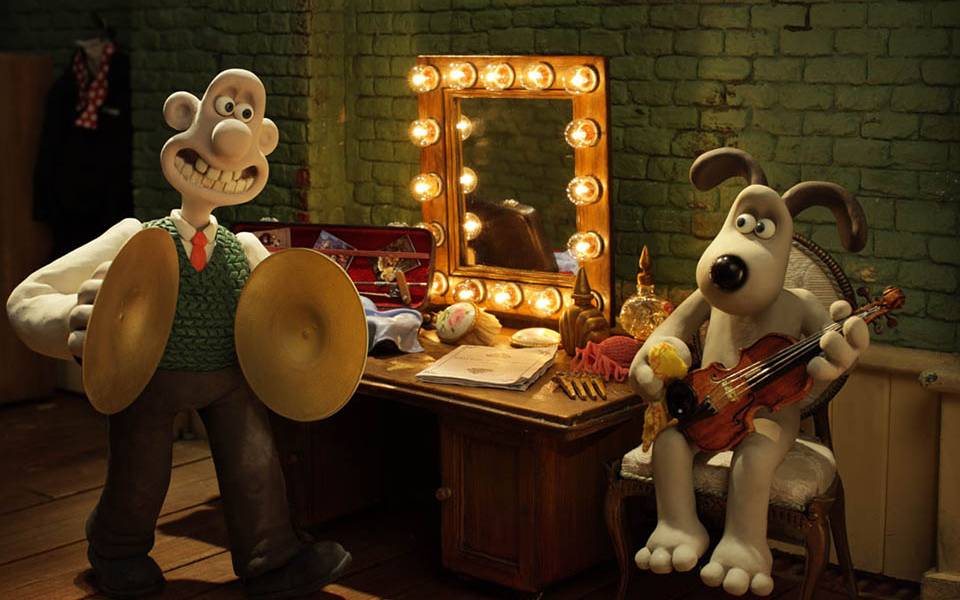 The orchestra were for me the undeniable stars of the show. Comprising members of the Halle and BBC Philharmonic, the ‘Picture House Orchestra’ were simply excellent. Their timing was perfect alongside the backdrop of the film on screen. They were also all dressed in suitable ‘Wallace and Gromit type’ attire, such as tank tops, wigs, a baker’s hat and even a ‘cheese hat’ which added to the sense of fun on stage.

The very theatrical, charismatic Matthew Sharp, an internationally renowned musician, actor and director presented the show, interacted with the audience and seemed to enjoy being on stage as much as the children enjoyed watching him. With many accolades to his name, his astonishing array of talents were certainly on show this afternoon when he demonstrated his faultless baritone vocals, his incredible performance on the cello and his enthusiastic interaction with the audience – especially the children. This man is seriously talented.

The orchestra itself was conducted by Steve Magee who had the extra role of ensuring that the film was in sync with the music at all times- to which it was – it didn’t falter by even a microsecond!

The second half of the show was largely the viewing of the Oscar winning ‘Wallace and Gromit: The Wrong Trousers’ and the entire film was accompanied, once more, by the Picture House orchestra who performed alongside the film from the introduction, to the credits at the end of the film.

The theatre was noisy, there were chattering children who were either laughing out loud or entirely focussed on the stage and there were parents keeping them all in check. This did not seem to matter though, and the frivolity was appropriate. However, there was also many adults who had come, unaccompanied by a child and were chuckling away to it all too, perhaps at some of the humour that the children missed.

Wallace and Gromit are almost like ‘national treasures’, incredibly likeable and it was this duo that provided everyone with a joyous afternoon. The performance is certainly for all ages and is undoubtedly one of the best ways to introduce children to an orchestra playing live Classical music.