The Thunder Girls - The Lowry

A glamorous revenge filled comedic thriller that makes you want more with every scene. The story follows four feisty ladies Chrissie, Roxanne, Carly and Anita thirty years after their successful singing careers in the eighties. The play focuses on what goes on during the night from hell when lead singer Chrissie tries to reunite the band she dumped. Chrissie is desperate to salvage herself from bankruptcy after being conned out of her fortune by her toy boy husband. But there a price to be paid.

The sold out theatre audience are engrossed in the fiery and passionate characters trying to come to terms with their past life's and future goals. Each with their own secrets and lies ready to spill over a glass of champagne. The thunder girls starring Beverly Callard and Coleen Nolan with Sandra Marvin and Carol Harrison is a juicy tale of bitterness, jealousy and revenge. The play oozes charisma, personality and sass with every line spoken. 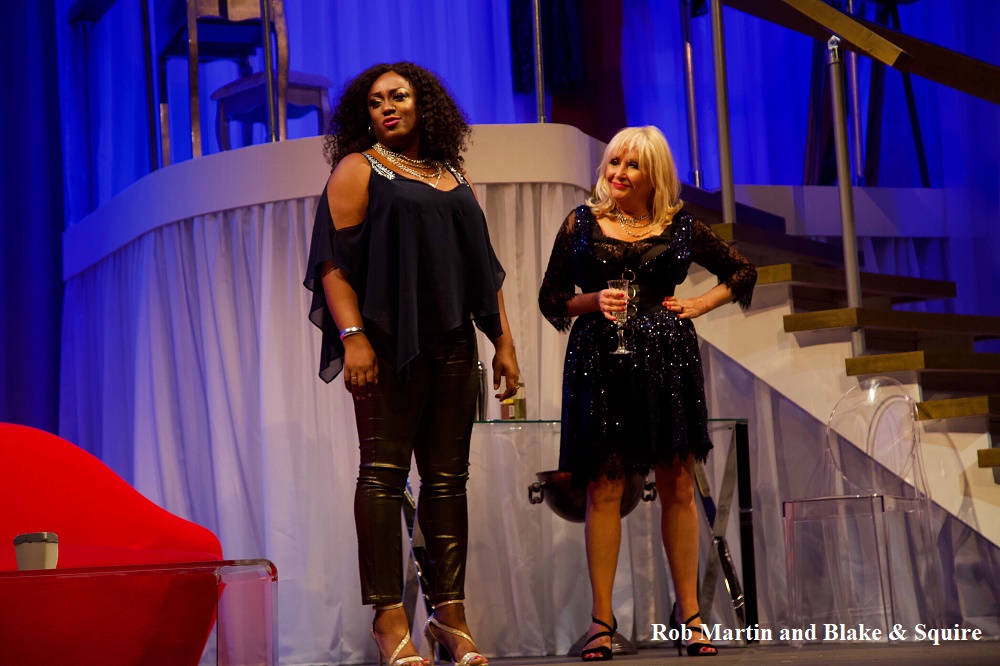 Beverly Callard as Roxanne is a breath of fresh air, a wanted presence on stage. Her energy, comedic timing and commitment to her role allows the spectators to laugh and cry with her. We are compelled by her story and in constant need to know more. Coleen Nolan also brings a quirky zest of energy to the stage. Her character Anita does not show until the end of Act 1 which leaves the spectators curious and wanting more, once Act 2 comes a long we are introduced to the comedic, laid back character and find out her role within the group. Each actor carries themselves perfectly with passion and dedication not only to their characters but to the story they help portray. The entire cast are flawless in their roles.

Set in the proscenium arch, the spectators often feel like they are watching a sitcom, losing themselves in the drama of the play. It is intimate and intense, often we feel like part of the action. The set used complements the stage effortlessly as we are taken into Chrissies sophisticated and classy home. A spiral staircase, hanging chandelier and retro style furniture is a seamless backdrop for the action that is about to unravel. A realistic play that tackles the themes of breakdowns, bankruptcy, addiction, divorce, fame and friendship in a modern, stylised and highly relatable way.

The perfect blend of comedy and tragedy creates a roller-coaster ride of emotion for the spectators. We are taking on the highs and the lows of these characters. Sudden outburst of song maintains the authentic and intriguing story. We never know what's going to happen next. We are hooked from the very start and we don't want it to end. A play that brings the entire audience to their feet.

Music brought them together, betrayal tore them apart. A reunion from hell and we are all invited. Melanie Blake’s The Thunder Girls is absolutely a must see. https://thelowry.com/whats-on/the-thunder-girls/