My regular reader will know, as I’ve mentioned it several times in my reviews, that I am no fan of William Shakespeare’s works. It’s the lingo, you see.

And after seeing the National Theatre’s production of Macbeth at the Hull New Theatre on Tuesday night, I haven’t changed my mind.

But, after witnessing superb acting on an AMAZING stage setting, accompanied by atmospheric lighting and scary music, the Bard’s words took a back seat in my hate-everything-Shakespeare mind.

This production – a sell-out in its London run – was utterly mesmerising from the moment the three witches (the very athletic Elizabeth Chan, Hauk Pattison and Evelyn Roberts) crawled out of the raised stage and shimmied up tall trees, into the darkness of the foliage.

With composer Orlando Gough’s music playing in the background, I actually got goosebumps! 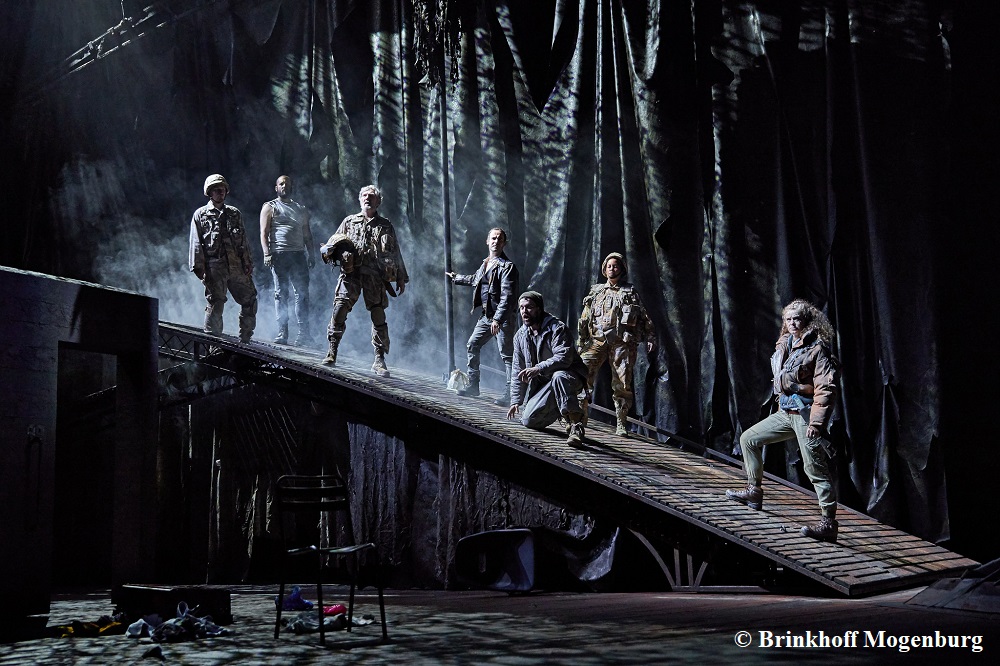 Shakespeare adapted Macbeth for the stage, around the year 1606, hence the Olde English language I cannot bear. To my joy, though, cast members were bedecked in modern gear, so that heartened me somewhat (although I’m not averse to the odd doublet and hose).

Even though it’s a centuries old story, in a language of old, the story was very easy to understand. I would have LOVED it to have been in a modern tongue, but I am sure the hordes descending on the theatre that night would have been mortified. I might even be sent to the Tower for thinking such a thing.

Anyway, back to events on Tuesday night. Scottish actor Michael Nardone played the villain, the murderous Macbeth, who, after hearing a prophecy from three witches that he would be King of Scotland one day, and egged on by his scheming wife, Lady Macbeth (Kirsty Besterman), plotted to kill the reigning king, Duncan (Tom Mannion).

When the time comes, he makes a right, royal mess of things and Lady Macbeth has to ensure he has done the job properly.

They put the blame firmly on the shoulders of King Duncan’s son, Malcolm (Joseph Brown), who, sensibly, flees to England.

Next on their evil hit list is Banquo (Patrick Robinson). His fate is sealed when Macbeth discovers the witches have prophesied that Banquo’s descendant will become King.

Macbeth hires two murderers (Helen Katamba and Brad Morrison) to kill Banquo, which they gleefully do.

Guilt starts to play on Macbeth’s mind at this point, and during celebrations (modern disco music, flashing lights and a musical traffic cone) of him getting the kingship, he sees Banquo’s bloody ghost through the window. Hereon, things go downhill, mentally, for him. 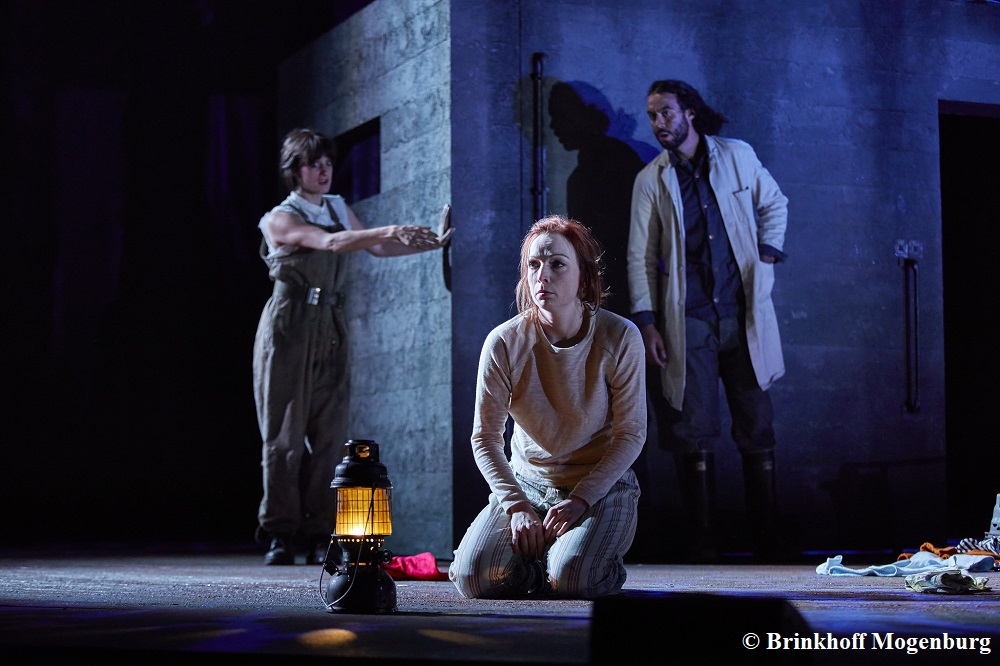 The Thane of Fife, Lord Macduff (Ross Waiton) suspects Macbeth of regicide, so he’s the next on the evil duo’s hit list. However, when the murderers turn up at Macduff’s house to kill him, they discover he has fled to England, so they massacre his wife and child instead.

Meanwhile, Lady Macbeth’s guilty conscience has got the better of her and she sleepwalks each night, trying frantically to wash the imaginary blood of her victims off her hands. Eventually, it’s her own blood spouting forth as she kills herself. It’s hard to feel sorry for her husband, as he cradles her blood-soaked body.

South of the border, Macduff joins forces with King Duncan’s son, gathering an army in England to overthrow Macbeth. With swords drawn, the two Macs fight for their lives. It’s Macduff who has the upper hand, however, as Macbeth is faced with all the ghosts of people he has murdered or had murdered, meaning he comes to a very sticky end indeed.

Despite the lingo, this production was enthralling. I’ve already mentioned the fantastic stage setting, lighting and music, but it’s the actors that, quite rightly, took centre stage.

How they remember their lines is beyond me. Michael Nardone and Kirsty Besterman as Lord and Lady Macbeth, each had lengthy speeches and to my untrained (script-wise) ears, never missed their cues. Mind you, saying that, some words were unclear, but I’m sure that’s me not being a fan of the aforementioned lingo, rather than the presentation.

Each and every cast member brought their own brand of energy and realism to their roles. Yes, there was blood and gore aplenty, but there was also comedy – take a bow Deka Walmsley as Porter. His rude antics brought giggles galore from many in the decent-sized audience.

This production is sure to thrill lovers of the Bard’s work and, judging by the five coaches lined up outside the theatre after curtain up, they had come from far and wide to rainy Hull, to hear his words.