It’s no mean feat for a solo artist to keep an audience’s attention for a whole hour, but that’s exactly what Hull performer Hester Ullyart is doing at the Hull Truck Theatre presently.

Hester wrote and is performing in Paragon Dreams and, if what I witnessed on Tuesday night is anything to go by, she has an amazing acting/writing/singing future ahead.

Hester not only acts very well, she looks good and has a wonderful singing voice.

The story centres around Hannah, whose mother, local club singer Michaela Midnight, has been missing, presumed drowned by suicide, for the past 15 years.

Hannah, now in her thirties, and pregnant by her boyfriend Jack, is informed human bones have been found on the foreshore - and they are probably those of her mother. 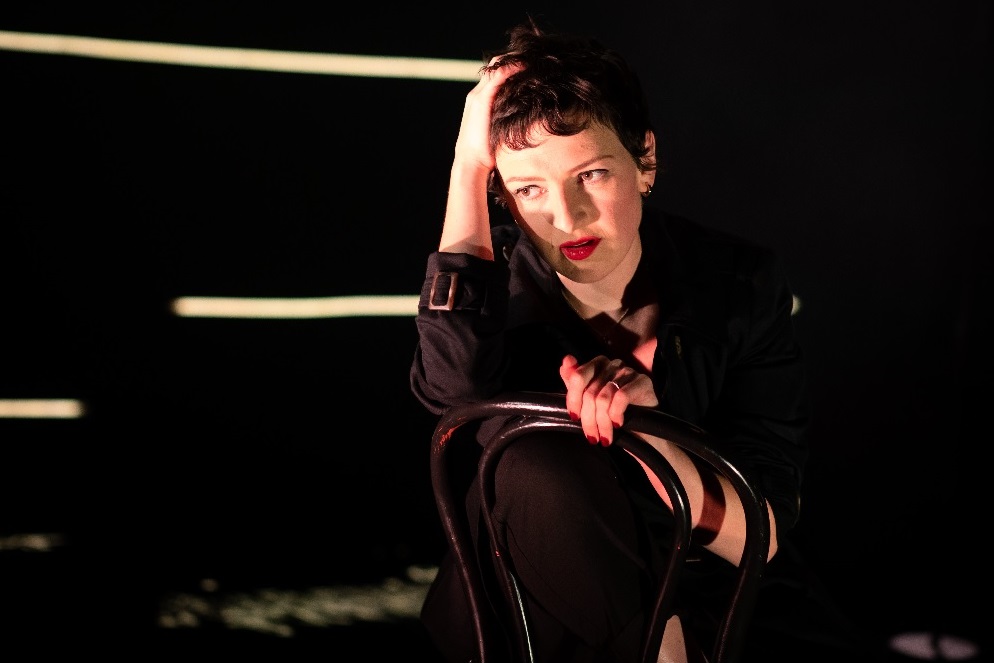 Heading back to Hull, Hannah finds her train is cancelled from London’s Kings Cross, so decides to drive back to her home city to tie up any loose ends from her past life.

And, boy, we discover there are many.

Unable to find a hotel room at the Spring Bank Hotel, in Hull (well, it is a very busy Hull Fair week), Hannah heads for the launderette belonging to her mother’s former boyfriend, Stan.

It’s 3am in the morning and Stan is none too pleased to be woken up by someone he thought he would never set eyes on ever again. But, rough as he is, he does the gentlemanly thing and offers Hannah a room.

Stan lives in hope that Hannah’s mum is alive and well somewhere, and will come back to him. But Hannah knows differently …

It’s her shocking account of her mother’s death that takes us all by surprise towards the end of the night, but it does explain why the poor girl is so tortured.

As if that isn’t enough, becoming a mother at the age of 16 after being raped by her mother’s boyfriend (not Stan, from whom Michaela was taking a break), adds to Hannah’s misery. No wonder she can’t sleep at night.

And, on her trip back to Hull, seeing her daughter, Amber, still in the company of the aforementioned rapist, brings everything to a head.

Played out on a simple stage setting, atmospherically lit by changing strip lights, background noises and boyfriend Jack’s voice (perfectly timed throughout), this young actress enthralled us all with Hannah’s life story.

Barefoot and mainly dressed all in black, the only colour being her red lipstick, it was her hypnotic voice that kept us gripped, as she slipped between moods.

Out of her mouth came Stan’s rough lilt, her daughter Amber’s teenage voice and, later on, her late mother’s singing voice (for which she slipped into of her mum’s red sequined numbers).

Never mind Hester’s acting, I could have listened to her singing all night, so good was she. Plus, she is the best runner-on-the-spot I’ve seen for a long, long time!

Hester’s script is littered with choice swear words, but no one could be offended (though, obviously, it’s not something for young ears). And with such a sparse stage setting, a good imagination is called for.

For me, 60 minutes was about the right length of time for Hannah to come to terms with her turbulent past and to, at last, look ahead to a brighter future.

Judging by the audience’s reaction on Tuesday night, the future looks bright for Hester Ullyart, too.