On 11th May as part of Bloomsbury Academic and Stage-ed, I had the pleasure of being involved in a Q&A session with writer, composer, and lyricist Willy Russell, best known for Blood Brothers, Educating Rita, and Our Day Out, to name but a few of his celebrated works. 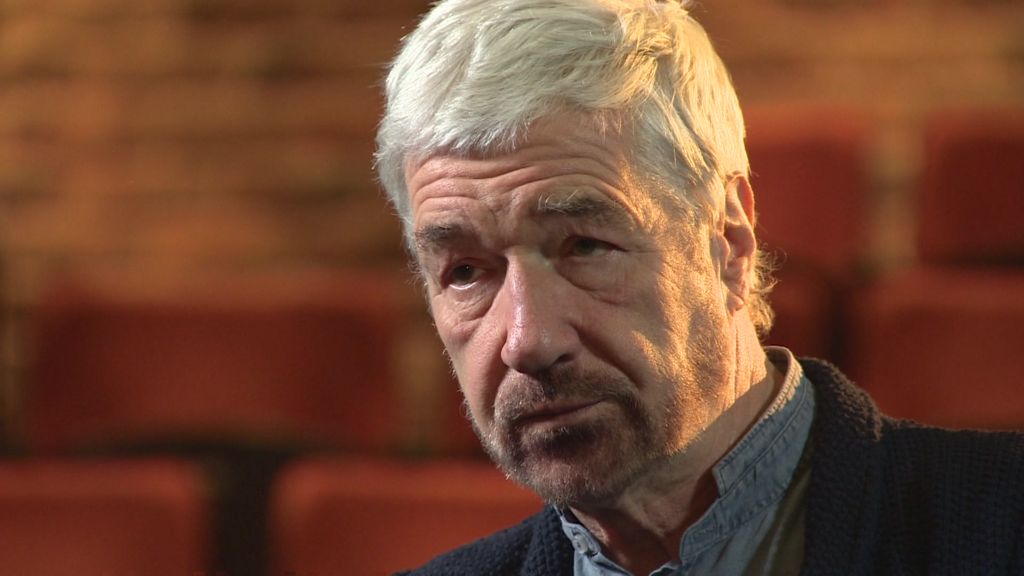 Russell spoke openly and honestly as to how Blood Brothers came about and how he wrote and composed the songs for the show, and in a session that was scheduled to last one hour, ever the gentleman, he gave us ninety minutes. With the soundtrack for Blood Brothers now playing in the background, I have discovered a newfound love for it having gained greater insight into the man behind it. Oh, and did I say that Russell also gave us a rendition on his ukulele? What an all-round talent he is. I am pleased to share his thoughts on Blood Brothers and writing for theatre.

What inspired you to write Blood Brothers?

Stories come to me in one of two ways: one is that the idea comes fully formed, and the other is that I will take a commission to write something, then It’ll be a hellish hard slog for months trying to come up with an idea that resonates with me, that I want to write about, and that I can write about. Then there are others like Our Day Out, John, Paul, Ringo, and Bert, and Blood Brothers, that just came about because the story was there.

I was walking along one day without an idea of Blood Brothers. Then, as I put my foot down, suddenly the whole story was in my head. The challenging thing about that is when you have something so fully formed you become afraid of it, because you have it in your head and you’re so aware of getting it wrong. So even though I had the idea, I held on to it for years before I dared to write it. It was the same for Our Day Out. I was frightened of the idea because I knew dramatically how well it could work if I brought it to the stage in the way I originally intended. Obviously, I knew I had to do an enormous amount of work and a piece will go through massive changes. All those years I had the idea and wasn’t writing it I was working on it in my head, making decisions. One decision I do remember making was don’t make the mistake of making the structure of it like a tennis match. Don’t fall into the trap of, we see Mickey in this experience so then we must see Eddie having the same experience. There are only I think two tiny moments where we see that. One is the school scene. I knew that would be a fatal trap because you risk boring the audience rigid. I must add of course that with a lot of the music, I had the beginnings of the melodies used because I was writing music all the time.

Do you think the key themes in Blood Brothers are as relevant today as they were when you wrote it?

Well sadly yes. The times in which we live now, we can see it glaringly in those in privileged positions, including some of us. We realise that our lives are easier than some of those less fortunate, and that seems to be a curse with mankind since its inception. I’m not a pessimist, you look at some of my work you may think I am but generally, I’m an optimistic human being, but you do wonder whether such inequalities will be with us forever.

Marilyn Monroe is used a lot in Blood Brothers, did you do research into her life in order to incorporate references?

I didn’t have to do any research into Marilyn Monroe. There’s an assumption that writers are completely in control of what they write – that they are masters of what they write – and it’s a false reading of the situation. To write you need to be both master of and a slave to your work. First, you need to know what you’re doing, and secondly, you have to know that sometimes, the work has a better idea of knowing itself than you have; you need to be alert to that to make room for discovery. So, I sat down in the house I’m in now, all those years ago to write the first version of Blood Brothers, and I began by writing:

Once I had a husband you know the sort of chap

He told me I was sexier than...

I got to there and I didn’t know what to write next, then someone shouted:

Marilyn Monroe and we went dancing…

That’s how Marilyn Monroe found a way into Blood Brothers and once she found a way in there, I realised that in the song and used her name as the refrain. Then I realised I had a motif that could mean many things throughout the rest of the show. So I began the melody not knowing she would pop into the song but when she did, I thought, thank you very much I’m taking that. I was then consciously working with it and seeing how you can invert and change it to have the tragic life of Marilyn Monroe mirrored into what was about to happen to Mrs Johnstone. Someone once said research is the best excuse for not writing ever invented, and I fully believe that.

Once you R&D a show what is your next stage post R&D to get a show on its feet in front of an audience and do you have any tips for working writers today?

Do it yourself is what I always say. Yes, by all means, send your script out to every commercial producer but know that by doing that you’re adding to a pile of scripts that is growing ever higher. With the greatest will in the world, a director and their readers have very limited time to read unsolicited work so do it by all means, however, think about realising in some other way what you’ve written. Find 10-12 people to do a reading; offer a couple of bottles of wine and peanuts, then maybe do it and invite some people to view it, because often people will come out for an hour or so for a glass of wine and some snacks, and that way you’ve got it on. It’s what I did and then took it to the Fringe with loads of help from people so I could form a theatre company. Think of The Office with Ricky Gervais and Stephen Merchant: they recorded 20 minutes of it. You couldn’t have sold a script of The Office, so they recorded part of it to show it off. Now if I’d had a recording studio in my pocket like with this phone, I would have been making films on it as a wannabe writer so I could show people what I could do. The means to do stuff is so at your disposal now, even if you can’t get 10-12 mates together. Don’t sit around waiting for the all-mighty producer to give you the green light. If you put it on and even if nothing comes of it, you will have had a great time and learned a lot from that process alone, so it doesn’t matter how, just get it on.

With thanks to Willy Russell for so generously giving his time and to Michael at Stage-ed for organising the event.