Like many theatres across the country, Hope Mill Theatre has been closed since Tuesday 17th March due to Covid-19.

The venue ceased all productions and made the difficult decision to cancel their first in-house production of the year, which was to be the UK theatrical premiere of the Broadway version of Rodgers & Hammerstein’s Cinderella.

Rehearsals for this were due to start next week with the show opening at beginning of May. 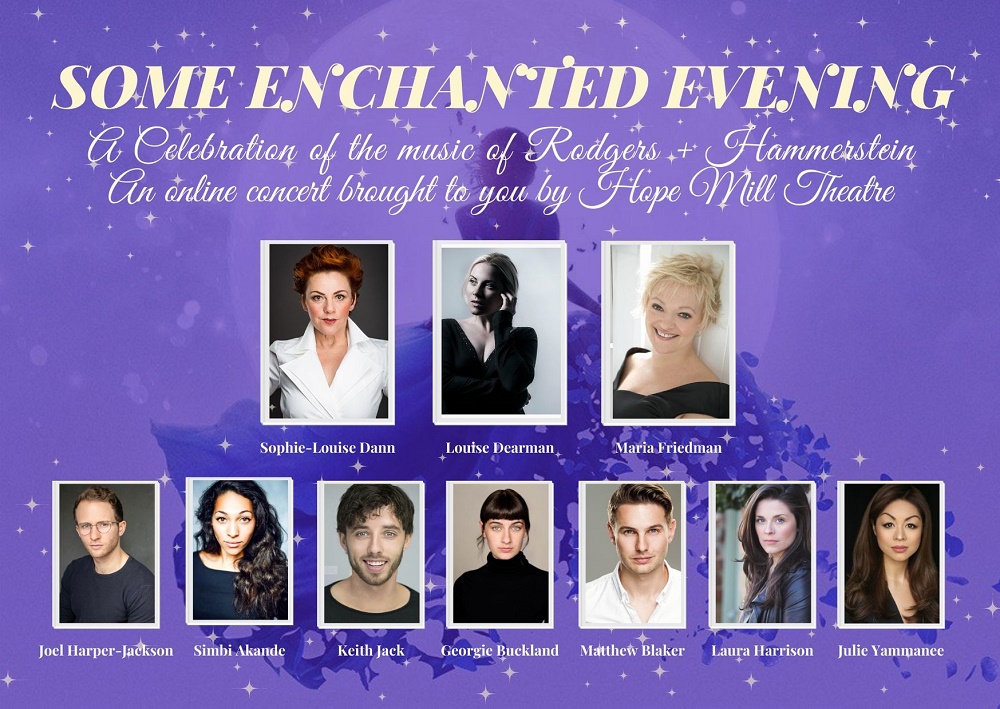 In honour of the cancellation of this production, Hope Mill Theatre is producing a virtual concert featuring some of the much-loved duo’s favourite songs from shows such as Oklahoma, Carousel, South Pacific and Cinderella. The concert will be pre-recorded and shared on the venue’s YouTube channel and social media platforms, Twitter and Facebook. The concert will be free to watch but the venue is asking for donations.

The cast will perform their songs at home, with performances edited together into a complete concert experience, which will also feature some special guest hosts and familiar theatrical faces.

The venue is also thrilled to introduce cast members from the cancelled production of Cinderella, Matthew Blaker, Julie Yammanee and Cinderella herself, Georgie Buckland. Buckland is a recent graduate from Royal Conservatoire of Scotland and was found through the venue’s open call for the role which received of over 500 submissions.

The concert will also include performers from past Hope Mill Theatre productions - Joel-Harper Jackson (Little Women), Laura Harrison (Parade) and Simbi Akande (Putting It Together). As well as Any Dream Will Do contestant Keith Jack.

Hope Mill Theatre will be launching a crowdfunder on the evening which will be used to raise money to help the venue to reopen when the time comes, and to get back on its feet.

Artistic Director, Joseph Houston, said: “It has been important for us as a venue to stay engaged with our wonderful and loyal audiences and supporters. Since closing we have had so much love and support from individuals and it has been the catalyst for us to continue to do what we know best and produce theatre, just in a very different way. We were so upset that we had to cancel our production of Cinderella as we had lined up the most incredible cast, but we are thrilled that finally some of these talented performers will have the chance to be seen.”

Executive Director, William Whelton, said: “Rodgers & Hammerstein are credited as the creators of musical theatre as we know it and we could think of no other way of celebrating theatre during these times than to host a concert dedicated to them.”