The Conquest of the South Pole - Everyman Theatre, Liverpool

The second production from the new Everyman Rep company lives up to its billing as ‘a wild anarchic journey into the imagination’; as Molly Elizabeth, Lacey Davies, Jocelyn Meall and Michael Vale’s economic set of empty chairs and discarded junk transforms into everything from deathly Antarctic crevasses to claustrophobic attics.

Manfred Karge’s play – translated by Tinch Minter and Anthony Vivis – feels incredibly prescient for a piece written in 1984, especially when viewed on the eve of one of the biggest decisions in British history.  As we follow the story of Slupianek, Seiffert, Buscher and Braukmann and their attempts to escape mind-numbing unemployment by re-enacting Roald Amundsen’s legendary South Pole expedition, it is hard to avoid the contemporary relevance - a point further underlined when party guest Rudi indulges in some casual fascism; exulting in his financial security and quoting the Nazi’s famous adage that ‘arbeit macht frei’.

Freedom is a central theme in the play as Dean Nolan’s charismatic Slupianek attempts to free his friends through their re-enactment whilst simultaneously refusing to release them to the mundane demands of everyday life. 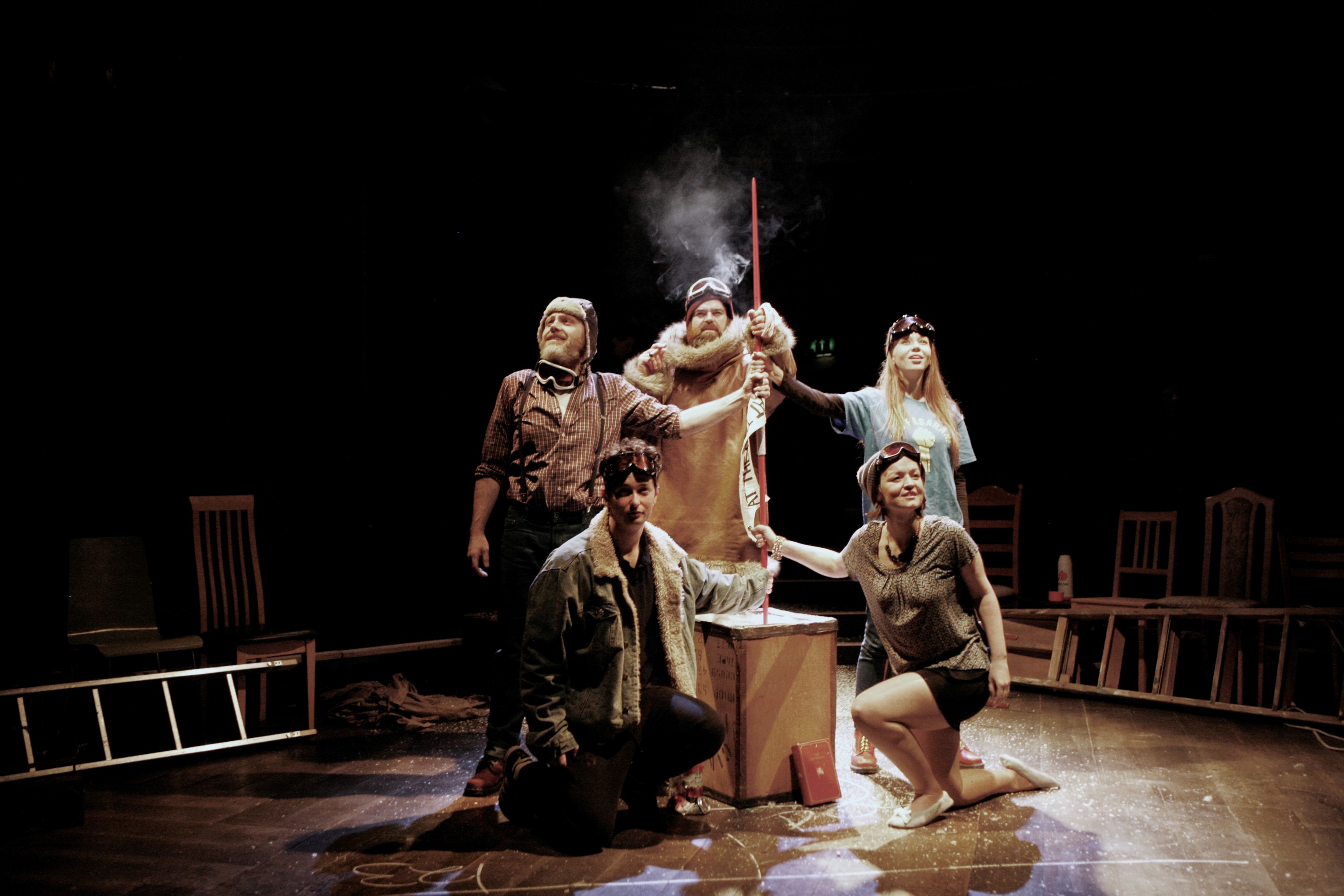 Nick Bagnall’s neat direction makes the most of every nuance and possibility, highlighting both the comic potential of Karge’s play and its incredibly pathos.

The audience wrap the stage, implicated in the action before them from the opening clowning sequence and implored to recognise their contribution to this disenchanted reality by Laura Dos Santos’s strident La Braukmann.

On the whole, the cast are excellent, the cross casting of Emily Hughes as Seiffert highlights the work’s intersectionality, but the decision to present Frankieboy as disabled is more questionable.  Zelina Rebeiro fully commits to the role but it is unclear what this interpretation of the character brings to the piece – and as debates rage on both sides of the Atlantic about the visibility of disability on stage and the casting of disabled performers this character choice feels somewhat regressive amidst a show with much to recommend it.

Liam Tobin’s Buscher is a delightful foil to Nolan’s Slupianek, bringing the play’s language to vivid life and George Caple deserves a mention not only for his exemplary culinary and mathematical skills but also his crushed vulnerability.

This is a great production with a lot of heart that will continue to leave audiences anything but “deaf, blind and unresponsive” as it continues its run.