Italian playwright Dario Fo (1926 – 2016) remains one of the most frequently performed playwrights although much of his work proved controversial and subject to censorship or reprisals by the authorities at the time of its writing. His wife, Franca Rame (1954 – 2013), was a leading actress and assisted in the writing of many of the plays they produced following their co-founding in 1958 of the Dario Fo-Franca Rame Theatre Company in Milan, with Fo as the director and writer, and Rame the leading actress and administrator.

In 1977 they wrote four monologues, originally entitled 'Tutta casa, letto e chiesa', dealing with female oppression, of which two, translated by Gillian Hanna, were performed as part of this production. 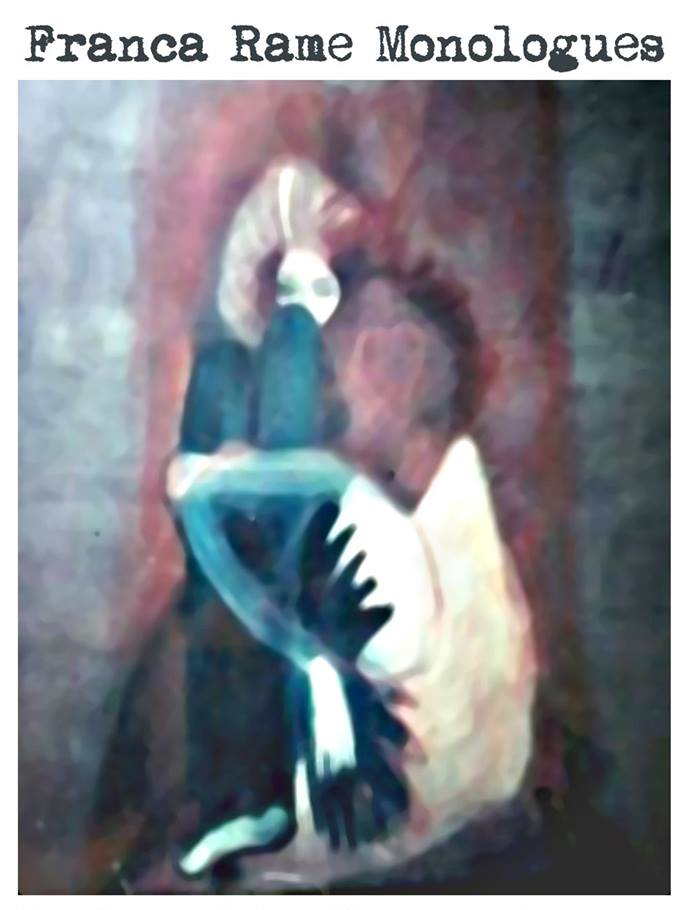 The second production was ‘A Woman Alone’ led by Mikyla Jane Durkan, Artistic Director of Burjesta. A housewife is a prisoner in her own home, in her own life, yet finds liberation through a discourse with an unseen neighbour in the opposite flat as she tackles a journey of fear, farce, and fumbling’s, as she desperately tries to find an escape.

In turns comic and deeply moving, both monologues present a popular approach to feminism with an engaging blend of mime and story-telling, and which still resonate forty years on. Monologues can be a huge challenge - there is literally nowhere to hide – so it was pleasing to see Green and Durkan excel in their respective pieces with believable and entertaining performances that delighted their audience.

Burjesta Theatre has a strong reputation for putting on original work and adaptations with an emphasis on theatre for anybody and everybody. They also run weekly workshops each Wednesday at The Casa which are open to anyone over 18. For further details of upcoming productions please see their website http://www.burjesta-theatre.co.uk/home/

Tonight’s production is part of Liverpool Fringe 2017, full details of productions by Burjesta and other companies at either The Casa or a number of other venues throughout Liverpool can be found at http://liverpoolfringe.co.uk/