As we enter the final weeks of the hugely successful and inaugural Liverpool Fringe Festival, Potentially Brilliant Theatre’s devised creation was a catalyst of intimate drama and hard-hitting facts of a problem that is now stretching to the farthest corners of the world.

Their piece, ‘Refugee’, came back to the stage in Liverpool after also being performed in April of this year, intertwining the lives of people involved in the turbulent and tense experience of refugee life across the world through a combination of the medium of theatre and accounts of those caught up in the brutal reality of asylum today.

The company were in good hands with director, Mikyla Jane Durkan, who has produced over 100 shows and also worked as an actor across the UK, the Netherlands and Italy.

The authenticity and sincerity of the cast was prevalent, and in particular their respect and focus towards such a current and touching subject.

What the performance brought together in just 50 minutes was a sharp and concise reminder to all in the audience of how the bare-faced brutality facing refugees across the world is a day-to-day struggle to survive. 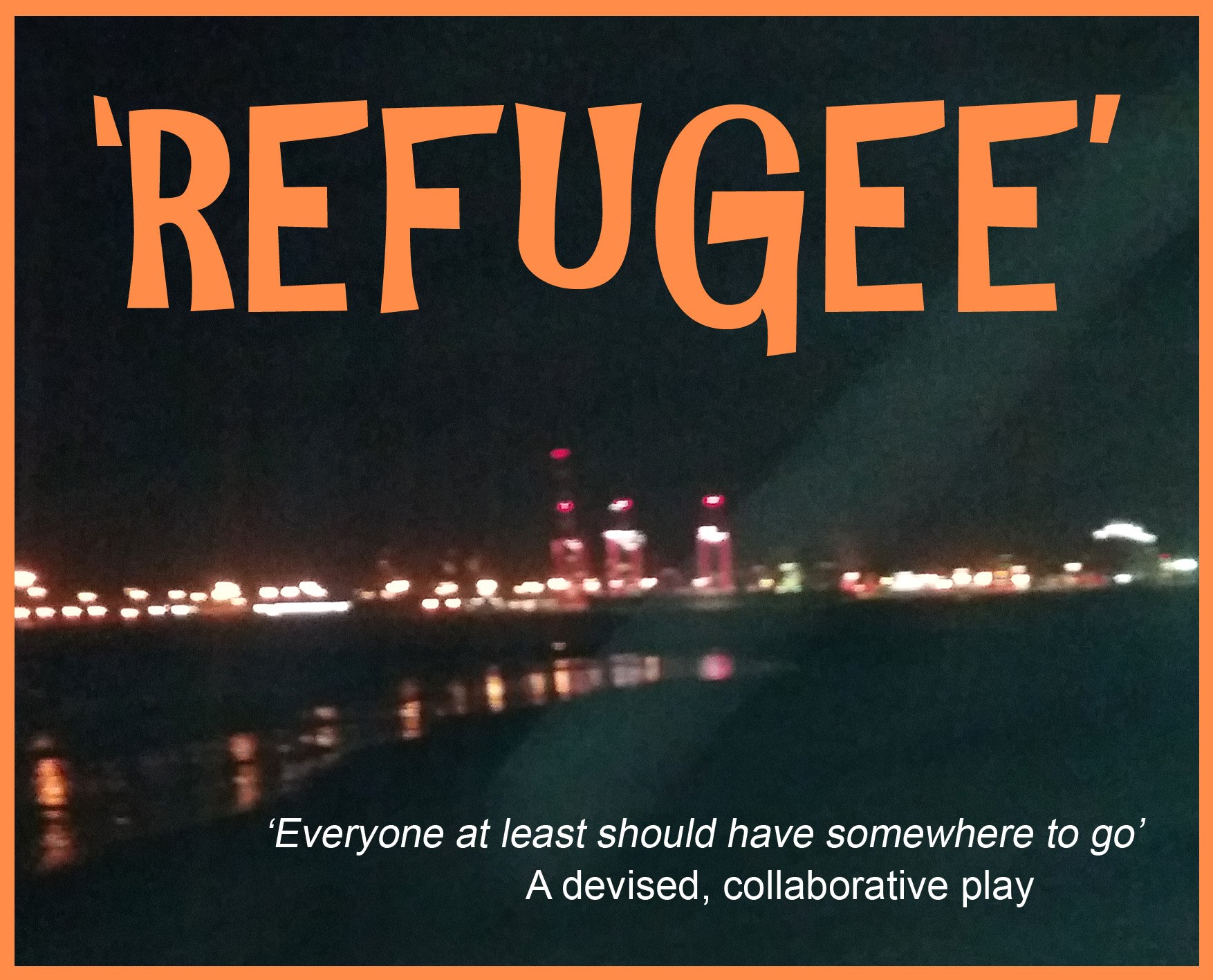 Elements of Greek Theatre were woven in at points during the play to add flavour to the hard-hitting dialogue that had been devised, painting an even more vivid picture of the events that unfolded.

This combination complimented the minimal set well, keeping the focus on the actors and their work, with the stand-out set design a map placed upstage, whose geographical outlines bore a not too distant resemblance to those of Syria.

What the cleverly-adapted script taught the audience was that the struggle as a refugee goes beyond the horrors and adversity of simply fleeing war-torn countries on a cramped boat and leaving their families and friends behind.

It also brought into sharp focus the issues they face when looking towards the likes of the UK for a better life. The story of a young teenage boy facing bullying and hatred in school over his race; the squalor that a Polish man is reduced to following the tragic death of his family in his homeland; Migrants dicing with death, desperately trying to fight their way out of the ‘Jungle’ in Calais.

However, it was not just the drama of all these events that I believe were captured by the cast very well. One thing I have particular admiration for (possibly due to my own past experience as a news reporter) is the amount of research and work that was clearly brought together by the company to make every issue seem all the more real and close to home.

The alarming facts and figures of immigration levels in struggling nations, and the hard-hitting numbers of the extent of arms deals the UK is providing to the Middle East meant this was not just a message of dramatic effect, but also one of the cold truth of the scale of the refugee crisis across our planet.

What this performance depicted and addressed was the challenges that millions face simply to attain “Just a life not in fear of death”, let alone to start a new chapter and rebuild again.

It was a show that not only empathised with the struggle for so many people before and after being forced to leave their homelands, but was a clear statement of intent as to the bigger challenge the world faces today on helping those in need.

Potentially Brilliant are also the sister company of Burjesta Theatre, who themselves been involved in this year’s fringe festival in the city. For more information on Potentially Brilliant, their performances and open workshops, visit www.potentially-brilliant.co.uk

The Liverpool Fringe Festival is running until the 2nd July in venues across the city. For information on upcoming events, visit www.liverpoolfringe.co.uk