The Royal follows the story of ward 8X, the last ward to be transferred to the brand new Royal Liverpool University Hospital as the old building prepares to shut its doors and be demolished. Reporters and celebrities are waiting outside the new hospital as it is set to open its doors.  Awaiting transfer in ward 8X are two patients, Nurse Flo, tea trolley lady Teresa and mortuary assistant Mo, all they have to do is get out before the wrecking ball swings.

The first half of this show was far better than the second. The first half had a lot of moments of great comedic writing that had everyone literally crying with laughter.  Nurse Flo had fantastic comedic timing. Next you are introduced to tea trolley lady Teresa played by Lindzi Germain who wrote the show. And last of the main characters there’s Mo the mortuary assistant who by character is loud and socially awkward. The dynamic between these three actresses is great in the beginning and I chuckled at truly funny moments. Other characters include a dead old lady, a loud and demanding appendix patient and a token ‘hot’ builder. 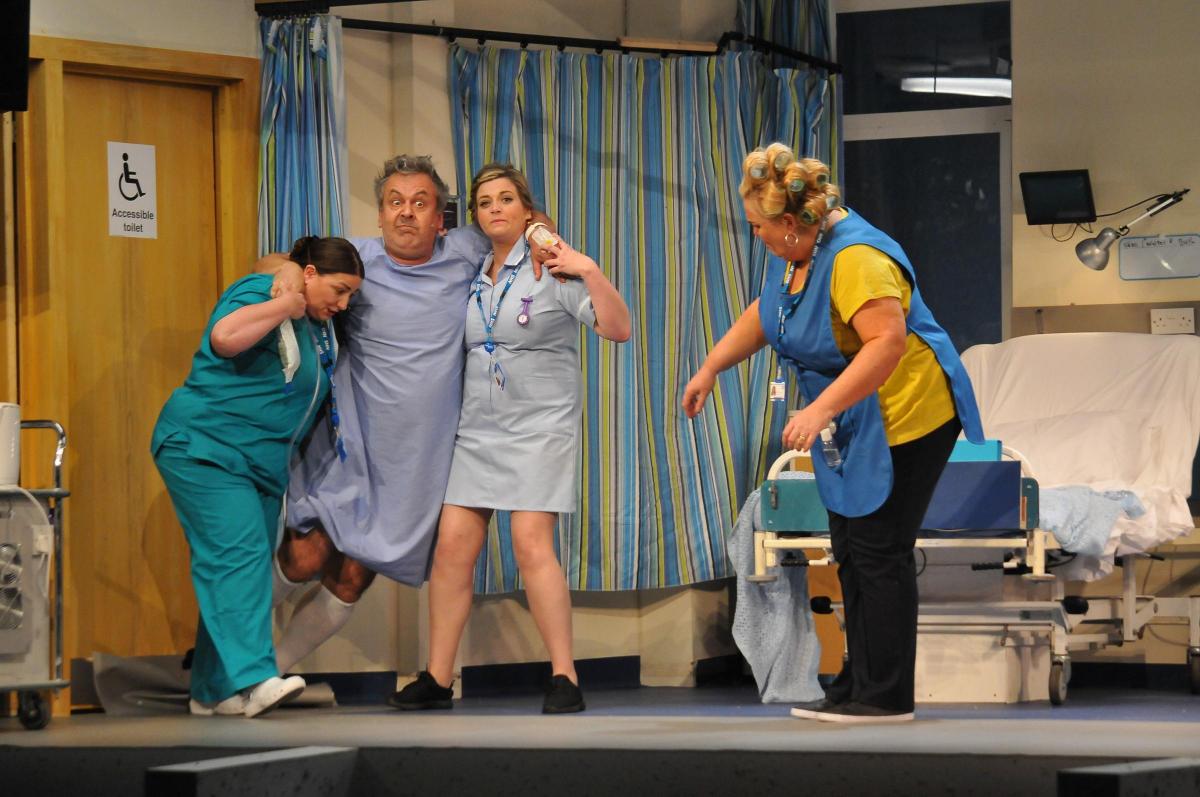 The second half of the show follows the ward as it’s trying to evacuate the building whilst it crumbles around them. For me this was poor. It was just a load of shouting, was too slapstick and lost its clever writing seen in the first half. The sequences were too long and drawn out and some were so crude they were downright awkward. Mo was funny as first with her interesting persona but by the second half she was just shouting random statements that fell flat.

This show is rude, crude and wildly inappropriate, but you might not see that as a bad thing. If coarse and left-field humour is your kind of thing, this is the show for you. Toilet humour really isn’t my thing, and it was dotted throughout the show… literal toilet humour.

I think this show was a little lost on me because I‘m not from Liverpool. If you aren’t a born and bred Liverpudlian, some of the jokes go straight over your head - local shops and even infamous people from the area are mentioned which obviously isn’t funny if you don’t know them.

Be prepared for swearing, sexual innuendos, boobs, bare bums and all kinds of bodily fluids flying around the stage.

In the advertisements for The Royal, there is a ‘Can I take my Gran-o-meter’. They have defiantly understated the rating on this. Add at least another point to each of the categories- Swearing, Nudity, General Rudeness and Overall and you’ll be closer to the truth.

My favourite part of the show was the stage set and special effects - these were amazing and very very clever, be prepared to be very pleasantly surprised.

This show wasn’t my cup of tea but it seemed to go down well with the audience, which was mostly Liverpudlian. If you are from Liverpool or work in The Royal you’re probably going to like it a lot more than I did because of the inside jokes and sentimental link to the hospital. During a quiet moment in the second half it was a touching goodbye to the old building that has stood and served Liverpool for years.