This Thing in Here - The Kings Arms

Great pressure is put on the younger generation in modern society; everything from examination results to the perfect body shape are scrutinised and criticised by peers and the wider world, all magnified by a pervasive social media. The negative influence of this phenomenon has yet to be fully realised, but statistics show that suicide is the leading cause of death of those under 30 in the UK, a correlation that is difficult to ignore.

The Indent Theatre Company have taken this rather bleak premise to explore issues surrounding youth mental health; the result is a poignant piece of theatre with a touch of Mancunian wit thrown in.

We meet Lucy (Tara Kitson) and her boyfriend Jamie (Luke Robinson) in an ostensibly normal domestic scene; a young couple bickering about whether to go out that evening. However, it quickly becomes apparent that Lucy is struggling to cope with the pressures of life and Jamie has equal difficulty in providing the support she requires. In her increasingly upset state she is visited by several ghostly figures from various points of history, each telling their own story of how they struggled and tried to cope with their own anxiety and depression. Elise (Eve Robinson Rowan), locks herself away from the tumultuous events of revolutionary France, afraid to engage with the wider world whilst Annie (Pippa Greenhalgh), an actress in early 20th Century New York, disguises her feelings of social inadequacy with confidence and bravado she doesn't feel. 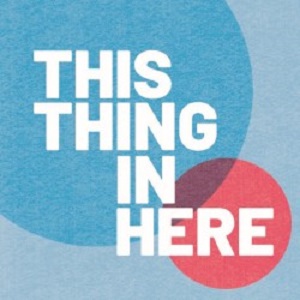 As each new character enters we start to see the various ways in which anxiety manifests itself. Samuel (Aidan Maj) quietly suffering amongst the carnage of WWI and Otto (Kieran Palmer) desperately trying to apply scientific logic to his own illogical feelings. It is left to the last apparition Nancy (Robyn Elizabeth) to reveal the stark truth about all their fates and to dissuade Lucy from taking a similar path.

Director Tabitha Rose Hughes has succeeded in creating a claustrophobic setting. A rumpled bed and LED archway are the only backdrop in the intimate domed surround of the Kings Arms Theatre; the physical confines neatly mirror the constriction that the main protagonist feels in her daily struggle. Writer Harry Jackson demonstrates a great deal of authenticity in his understanding of both the plight of Lucy and also the reaction of her boyfriend Jamie to the situation. The deft humour displayed by Jamie as both a support and coping mechanism is very accurately delineated and brings essential light to the shade of a potentially difficult subject.

My reservations were mostly around the structure of the piece. I felt there was a lack on interaction between the ghostly apparitions once they had delivered their opening monologues, this could be an area to expand the piece beyond its present 50 minute run time. Similarly, I felt the ending was lacking resolution, with a more overt understanding of the ghostly visitors presence being needed to satisfy the audience, or perhaps an even more startling conclusion.

The performances from the small cast of seven are confident and poised throughout, with Greenhalgh channelling a Dorothy Parker style disdain with particular effect as Annie, whilst Rowan embodies shy timidity to great effect. Both Kitson and Robinson complement each other beautifully; the juxtaposition of the vulnerable Lucy and the gauche Jamie dovetail effortlessly, bringing the normality of a teen relationship to the fore.

Indent Theatre are taking this strong piece of youth theatre to Edinburgh for the festival fringe for a six night run at the end of August. If you are north of the border, I strongly urge you to get along to see it. https://tinyurl.com/yykb8r6g

Verdict: A Freudian Christmas Carol with a relevant message from a promising young writer.