Sheffield Theatre's classy production of Guys and Dolls impresses before the overture starts with its intriguing set design. Directed by Robert Hastie and designed by Janet Bird, the below street level perspective with its multiple revolve stages is towered above by the sidewalk level skeletal building's which house the large band. As the music begins we are presented with an ever changing kaleidoscope of interior and exterior set, moved on tracks and concentric stages that evolve with the precision and beauty of a corps de ballet. The synchronicity and complexity of this alone is breath-taking but then add Howard Hudson's creative lighting design and the sumptuous sound of the band under the Musical direction of Will Stuart. We are nostalgically transported to the 1920's, and its bustling iconic images of New York life, with its sharp suited gangsters and well heeled dolls. The large stellar cast with beautifully exaggerated costume and more fedora's than 'Mindy's' has cheesecake, explode onto the stage with gusto and maintain the pace throughout hardly pausing for breath. 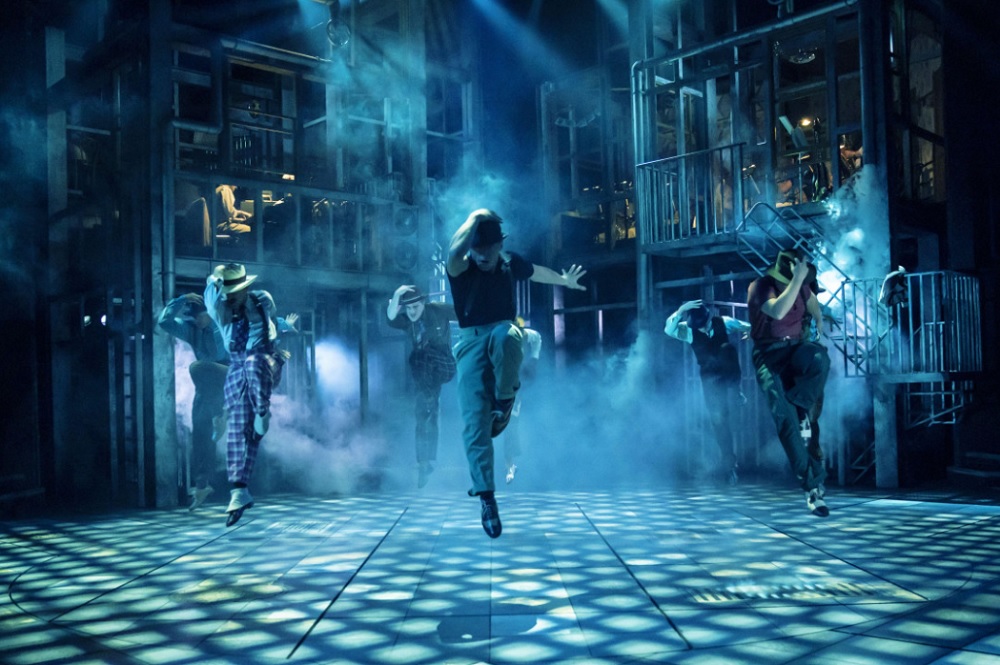 The show is lengthy; three hours; but it never drags under the sharp stabbing, vivacious choreographic flair of Matt Flint. The large ensemble weave a tapestry of illusion with vibrancy and versatility, shifting through the shady night time streets of New York to the heady intoxicated playground of Havana.

Guys and Dolls follows the turbulent interweaved story of two romances - Gambler Nathan Detroit (Martin Marquez) and his long suffering finance Miss Adelaide (Natalie Casey) and that of sinner Sky Masterson (Kadiff Kirwan) and soul saving missionary Miss Sarah (Alex Young). The impressive Marquez; older than expected; breathes a new dimension into the character, wearily enthusiastic yet darkly inadequate. This is juxtaposed by a show stealing performance by Casey which reeks of hard hitting doleful melancholy (Adelaide's Lament) interjected with razor sharp comedic intent - her dizzying facial gymnastics are something to behold! The dark sexual venom displayed in 'Take Back your Mink' is unexpected and slaps her contempt and predicament straight into the face. Kirwan smoulders as charismatic Masterson but lacking the powerhouse vocals of the seemingly, entire cast did not detract from his fresh charismatically swoony interpretation. Young's soaring soprano notes hit the spot and the chemistry with Kirwan is almost tangible.

In the iconic musical numbers; admirably and perfectly cast; TJ Lloyd as Nicely Nicely Johnson brings the house down in 'Sit Down, You're Rocking the Boat' along with the raucous energy and precision of the full ensemble. Whilst Kirwan's charisma shines in 'Luck Be Your lady Tonight', the male ensemble of Adrian Hansel (Benny Southgate), Jacob Fisher (Harry the Horse), Ross McLaren (Angie the Ox) and Matthew Malthouse (Rusty Charlie) mesmerise in the breath-taking, show stopping crap game number. The precision and finesse of the entire ensemble is praise worthily powerful.

This show is so much more than an escape into a created fantasy, it is a master class of Musical theatre and all that defines the genre. Whilst, painstakingly crafted to the last minute detail, the finesse of this interpretation breathes new life into Frank Loesser's musical take on Damon Runyon's short stories. Adding modern chic to the vintage, resulting in a production that is as sharp as a New York suit.

Playing until the 18th January 2020, do not miss this... https://www.sheffieldtheatres.co.uk/events/guys-and-dolls