Entering the auditorium, both my husband and I felt a little out of place with the clear target audience being children, and us being a pair of adults without any. However, as soon as the show started we were able to relax into it and enjoy this scientifically quirky show as much as the next big kid.

From very loud bangs, to live electric shocks, the Brainiac team performed various scientific experiments, which both entertained and educated. Elements of the show which had become a household name in years gone by were brought back to life on the stage and that included the infamous blowing up of a microwave – although I’m sure that would have been a caravan had it been possible.

The team exuded lots of energy throughout their time with us, and the entire show was fast paced and exciting to watch. Referring to themselves as ‘the science that farts in a sleeping bag’ the characters that they created were mischievous and comedic, essentially making science fun, not only for children but adults alike. 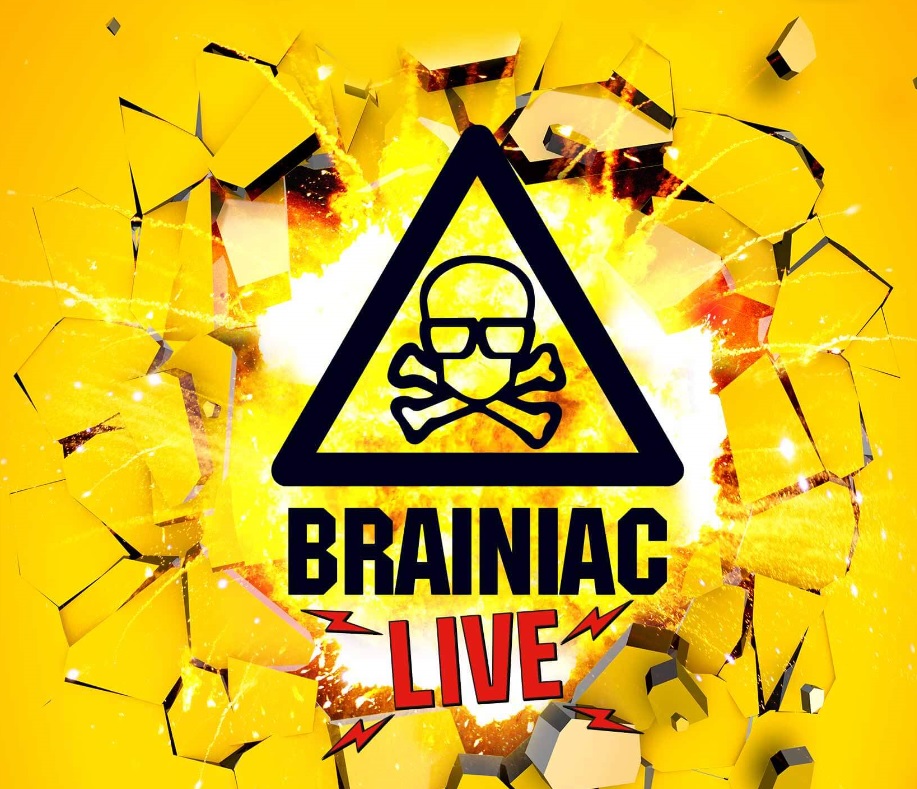 The use of different resources and materials such as liquid nitrogen and hydrogen made for some magical scientific antics. The four performers ensured the audience were heavily involved, be it through cheering with encouragement or counting repetitions during experiments, it was certainly immersive, and I can’t imagine any children getting bored at any point.

A personal highlight was when one of the team, known as ‘Brainiac Dave’ accidentally touched his bum on the electric live wire. You could tell it was accidental due to the reactions of both him and the rest of the performers, and it made for a highly entertaining blunder.  Furthermore, one of the funniest sections of the show was experimenting with carbon dioxide and rockets to see which would make ‘Brainiac Ned’ spin the most times on a computer chair in 15 seconds.

The definite selling point of this show is the way in which it makes science interesting. Children can see how fun and sometimes dull a subject can be, and that can only be a positive thing.

The show had a running time of 60 minutes, and despite them cramming a lot into that hour slot, I do believe they could have extended it slightly for the price people pay to go and see them.

Overall though, an alternative theatrical experience that would be an exciting addition to anybody’s afternoon.