My Mother Said I Never Should - Theatre by the Lake, Keswick

The relationship between mother and daughter over generations is under the microscope at Theatre by the Lake as Charlotte Keatley's 'My Mother Said I Never Should' opens in the Studio for this summer season - and this play is as relevant today as it was when first performed in Manchester over 30 years ago, writes Karen Morley-Chesworth.

Even today it is refreshing to see an all-woman cast, which shows how little society has changed in three decades.

Though there are no male parts in this play, the dominance of the men in shaping the lives of these women is ever present - be that in their minds or in the reality of life.

The play moves about the eras; from world war II through to the 'fabulous' 1950s, the 'swinging' 60s to the 'New Wave' punk period of the 1980s, giving the opportunity for the woman to look forward as a child to adulthood and back as a woman to childhood - and the outcomes shows how each generation has hopes and dreams, then regret and guilt.

Set within a family with strong northern roots, the script captures the narrative and essence of northern women - at times it was like being back in the living room with my own Nan and Mam - and also with my own daughter. 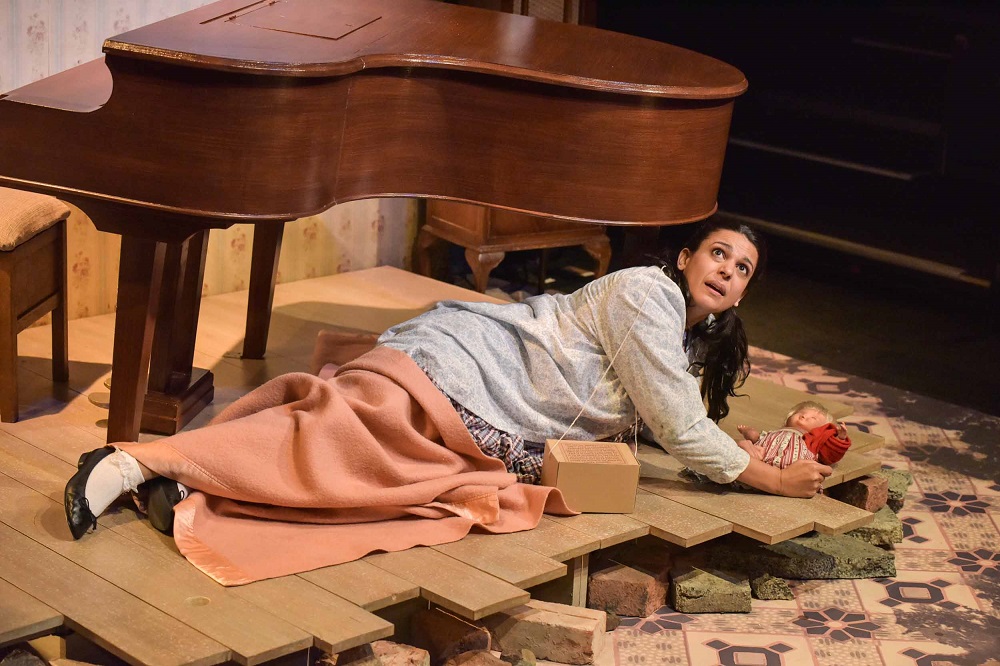 The scenes of conversations and games between the young girls capture childhood memories, and the authenticity of the scenes is down to the brilliant portrayals by all four of the cast members - Maggie O'Brien, Asha Kingsley, Emily Pithon and Georgina Ambrey.

O'Brien as the wartime housewife who becomes the matriarch gives a stunning performance, as she reveals the life that made her a no messing, practical mother, who tries to help her daughter achieve more in life. From school teacher to housewife, the change in paths changed the woman herself. When she asks "is being a mother not enough?" the question hangs in the air - as her daughter, Margaret played with great passion by Kingsley then pursue a career and is then quizzed by her daughter, Jackie played by Pithon who asks 'why did you put work first' and why did she not support her daughter to be a mother.

The pain of being a natural birth mother, yet not having the opportunity to be in the life of her child, is felt through the performance of Pithon - she connects with the audience and you can feel her grief, regret and frustration that destroys her life. Is a mother by another name still a mother? Is the unnamed bond still there for both mother and child?

The youngest of this line of women, Rosie is played to perfection by Ambrey who completes the circle of confusion about what it is and what we want to be as women - and the pressure of society through the decades to control.

Ambrey may be the youngest and least experienced actor on stage, yet that does not show - together this cast capture the essence of women from each decade, their relationships with those who came before and after. As in many families, the strongest, warmest and most loving relationships are between the child and grandparent - one who knows and experienced more and one who expects more.

This is a true northern play, from a tradition of kitchen sink drama that brings real, working people's lives into the spotlight. Rather than angry young men, this production is about women, doing their best for all around them and leaves so many questions unanswered as to the way forward.

Though they may argue, disagree and at times innocently wish their mothers were dead, the truth is they are bonded by a deep love for each other.

This is a beautiful production. The script is natural and funny, yet keeps a grip on reality. The casting is perfect, and you truly believe the close relationships between these women.

This isn't a comedy yet like life it has its amusing ups and tragic downs which makes up a full fabric of life and a great production.

My Mother Said I Never Should by Charlotte Keatley runs at The Studio, Theatre by the Lake until 30th October 2019.