Will (Will Jackson) has accidentally stolen 300 2nd class stamps. Rather than take them back to the Post Office, he decides he’s going to make the theft count by writing letters to everyone he knows and some to those he doesn’t including to his first love, his best friend, his housemate, Cadburys, John Lewis and the Blood Transfusion Service.

For a true millennial more used to social media than letter writing, this turns out to be a journey of self-discovery; a queer comedy about the lost art of letter writing.

The play is basically an hour of Jackson reading out these (inspired by real life) letters. This certainly doesn’t present the audience with the most complex and evolved narrative of course, but Jackson has also coupled this with incredibly energetic physical theatre and “lip-synch extravaganza” turning this play into something quite funny. 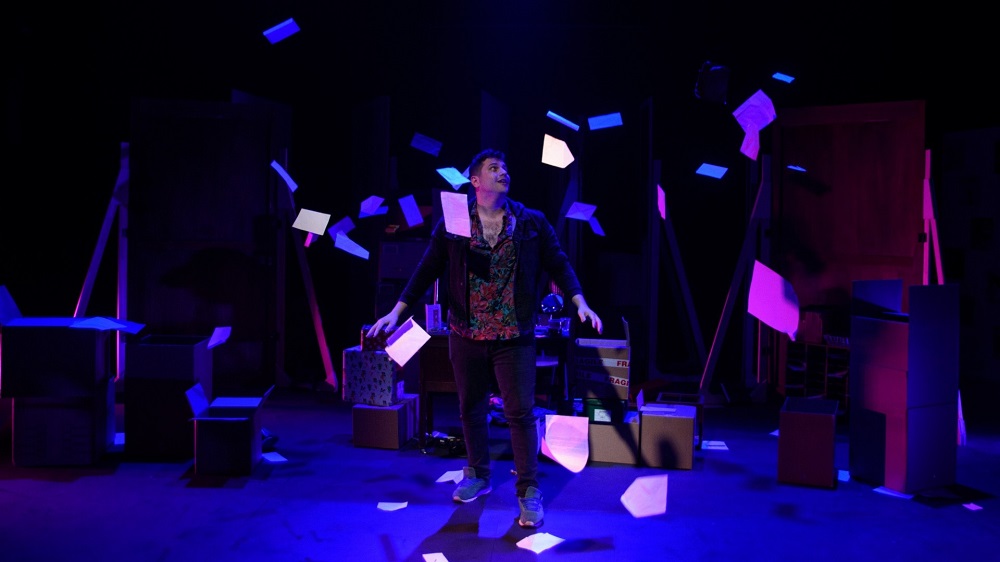 Jackson is clearly very talented and his ability to make the audience laugh, quite literally throw himself around the stage and engage the audience totally in the characters is a testament to not only to his own script writing and performance abilities but also Anna Himali Howard’s skilled direction. Not an inch of stage is missed, and he smashes down the fourth wall (including the use of a few clever participation tricks) to fully involve the audience in the story telling.

“Yours Sincerely” is presented as part of the Vault Festival 2019 by Quick Duck Theatre.