A new immersive theatre and cabaret experience conjured from the darkest, most beguiling and magical folk tales. Red Palace is a night of feast and fantasy, within a Gothic masquerade that breathes new life into our most beloved fairy tale characters.

Shotgun Carousel are back, and presented us within a unique experience. A mixture of the characters of the Brothers Grimm and Hans Christian Anderson, but in a way we have never seen them before. On my journey I met a mermaid, a grown up Red Riding Hood, a Wolf, a Seer, a Cat, an Alchemist, an Ariel Artist and a Prince with an attitude – and more exciting than that the audience were invited to be a part of the story.

Made up entirely of female and non-binary performers, Red Palace was one of the most unique theatre journeys I have experienced. Theatre is at its very finest when it relieves itself of social construct, and Red Palace was absolute proof of this in the way that it has snubbed gender roles and stereotypes – a huge success. 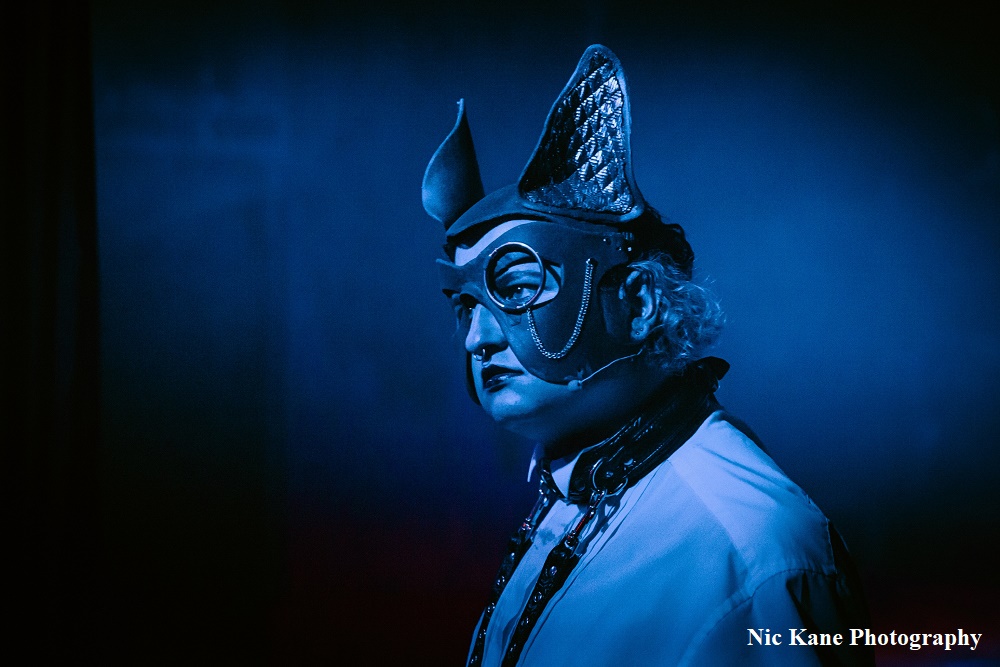 The evening began in the ‘Ballroom’ with a fantastic aerial routine and group dance, which had me hooked from the first step. Congratulations to the company, and to choreographer Daisy Smith. Without a doubt, the performance had a gripping opening, and the whole audience knew instantly that they were in for a fine evening of entertainment.

With an abundance of settings to choose from, a copious amount of improv, and a limited time, it was impossible for any two people to have the same experience, and it is unlikely that if one attended every performance, they would have the same evening twice. It is important to note that even though it was impossible to enter every room, there was still a very clear sense of narrative.

It is rare to find a company so committed to their characters, from the moment of arrival until the moment they were out of costume each person radiated character, physicality and passion. This was especially astonishing upon learning that the performers are multi-role, and would be fulfilling other roles at different performances. All of the cast are to be applauded for this, but in particular I relished the performance of Steffi Walker as The Mermaid. Walker’s role included some light singing, comedy, improv and much audience participation, and hit the target on every one of those facets. I never wanted to leave the Bath room.

The entire creative team must be applauded for this experience, as each room had individual lighting, set, sound, costumes, and section of the overarching narrative. This was as complex as it was brilliant, congratulations to the whole technical and creative team for having it so fine-tuned. Congratulations must imperatively go to the Creative Producer Laura Drake-Chambers for putting together such a high quality team.

The writer Cressida Peever has put together an original story, using many smaller segments from previously told stories, in what was a clear, exciting story. Director Celine Lowenthal brought this story to life in a unique and exciting way. Lowenthal managed to take a spatially disjointed story into a unique space, and make a clear narrative, and give each performer a crystal clear idea of the role in which they play. Congratulations to Lowenthal, her creatives, technical staff and company, this evening everything I hoped it would be.

The whole production was incredibly engaging from start to finish, and can only be described as unforgettable. Thank you to Shotgun Carousel and The Vaults for their hospitality.