The inspiration for this new play, came from the film of the same name and we bear witness to its transfer from celluloid to stage. The original movie was conceived by Ingmar Bergman a prolific film maker, screenwriter and director.

He wrote the screen play whilst hospitalized suffering from double pneumonia and acute penicillin poisoning. Bergman was Swedish, born in 1918, and in his hey-day of film making, the 1950’s and 60’s, he made ‘Smiles of a Summer Night’, ‘The Seventh Seal’ and ‘Wild Strawberries’, etc. ‘Persona’ was premiered in 1966 and was largely experimental and won few awards; but was his masterpiece.

Bringing this play to the theatre would present the challenge of how to re-create the environment to deliver the same feeling of psychological suspense; felt by those audience members who had also seen the film. As the movie was shot in black and white and was also quite simply presented, it was not a great stretch to move it into an enclosed space and I do feel that this was largely achieved. 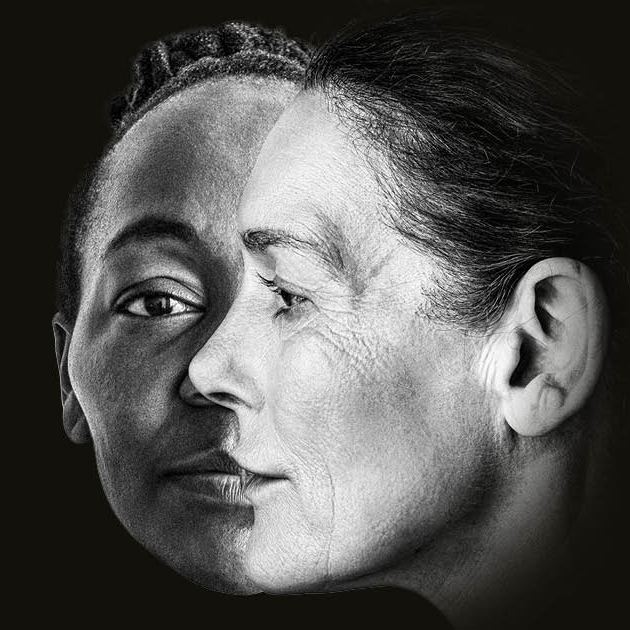 The new addition for the play was the narrator who adds the voice of Ingmar Bergman via Paul Schoolman and this does help to give the play some context, but it does need some work to be effectively delivered.

In any suspense movie, the feeling of suspense is partly achieved by the music and I was enchanted by the spider’s web of strings looming overhead and the creation of a haunting soundscape. The sound is produced by William Close (to be replaced by Catrin Meek 31 January - 23 February) and the Earth Harp, which becomes part of the architecture of the theatre and helps to re-create the feelings experienced by a cinematic film score.

To briefly summarise the main plot, Sister Alma (a nurse), is asked to take care of Mrs Vogler (an actress), who has, for no explicable reason, stopped speaking. Sister Alma is to take Mrs Vogler to stay at the beach, in the hope that the change will do her some good. The main characters of Sister Alma (Alice Krige) and Elizabet Vogler (Nobuhle Mngcwengi) play their parts superbly. Elizabet is largely a silent role but is beautifully executed by Mngcwengi. Krige portrays the vast array of emotions needed for this role with great effect. The discrepancy occurs when there is no famous image of the ‘extraordinary face’, which is synonymous with this film. In the film, Bibi Andersson (Alma) and Liv Ullmann (Mrs Vogler) are shown as one face, so one half of each face makes up a whole face and this image, (for anyone who is a fan of the film), will be expected. The two actresses in the film looked quite alike, so it worked. For anyone seeing this play without any knowledge of the film, they will be none the wiser, but I can only assume it was a deliberate casting decision.

Overall, the sum of the parts works well, but there are some small tweaks needed.