Has Hope Mill Theatre ever put on a bad play? This is now the third production I’ve seen here and it’s possibly my favourite yet.

Nick Payne’s one-act two-hander, so vibrantly brought to life by David Gregan-Jones and Charlotte Tyree (both excellent), explores the idea of the multiverse: the possibility that there is an infinite number of universes which co-exist simultaneously, where every choice you ever make, or don’t, bears fruit a million times over.

It’s a sort of Sliding Doors on crack, where we see not just two, but a myriad of different outcomes. 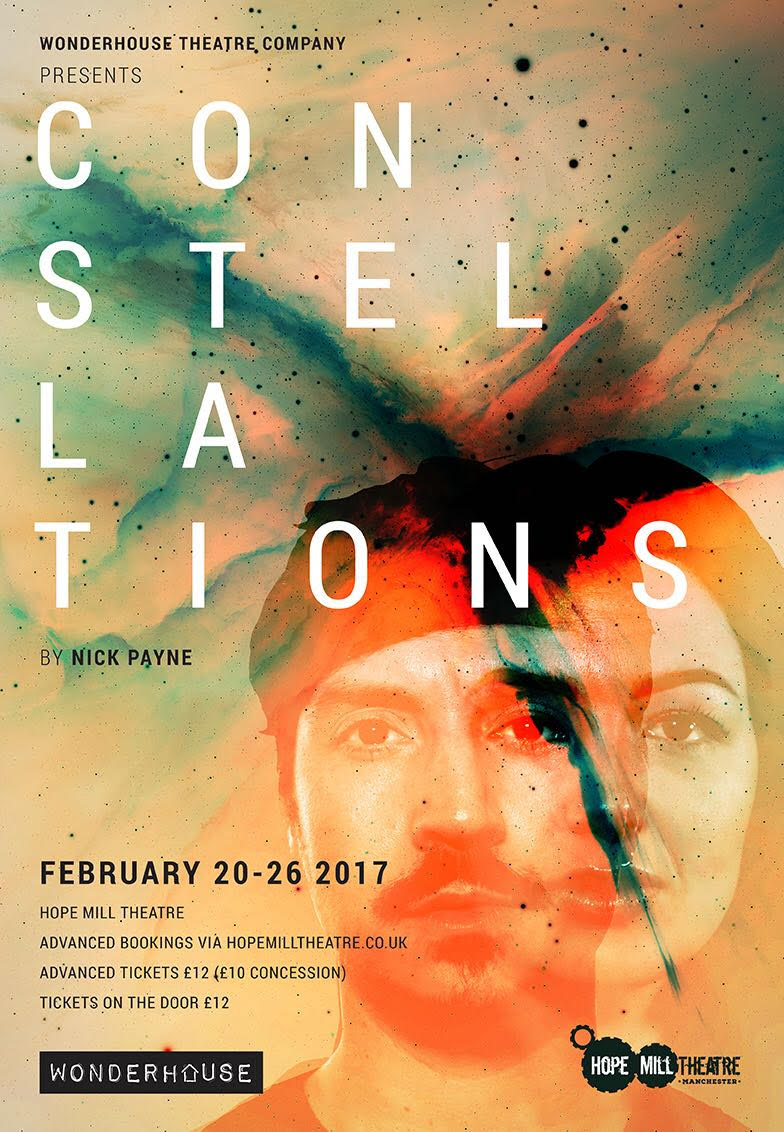 Thus, we see quantum physicist Marianne and bee-keeper Roland meet multiple times at the same barbecue, and we see them hit it off, and not, their relationship spluttering and dying before it can even begin, like wet coal, but also catching fire and free-wheeling into something more substantial.

Rather fittingly, then, given its subject matter, Constellations is also so very many things at once. It’s a beguiling and charming romantic comedy with two hugely likeable leads. It’s a cleverly plotted, carefully constructed exploration of quantum mechanics. It’s an interrogation of the concept of free will. And it’s a sensitive and beautifully told story of illness and loss.

I was massively struck by how much this play manages to pack into its 70 minute running time – it’s replete with ideas but never loses itself in the potential complexity of its central concept. Its concrete, relatable humanity shines through in every scene, in large part due to the quality of the writing and the strength of its two actors. And in the end, it’s surprisingly moving.

As beautiful and intricate as a honeycomb, at once intimate and infinite, Constellations pulls on your funny bone before it punches you square in the gut, forcing you to question the reality of your own choices, your own relationships, and face, head-on, the inescapable fact of your own fleeting mortality.