Tribe - Still I Rise - The Lowry

Based on Maya Angelou’s epic poem ‘Still I Rise’, newly established dance company TRIBE// strive to channel its message of defiance in their ambitious debut work. In the sixty-five minute single act piece, held in the Lowry's Quays theatre, the five female performers attempt to use their radical and visceral style to convey the source material's resilient rallying call. It’s possible that you'll take some inspiration from the skills on show or from the masterpiece of modern poetry it is based on, but there were serious deficiencies in the execution which meant for me the work largely missed the mark.

Opening with a score of gently faded in strings, all five performers emerge in understated grey/brown costume - featureless save for the flamboyant skirts of the central figure, a focus of the group’s adoration. Spot lit on a plain black stage, their bodies rise and fall in sudden movements as if contorted by a beating passion from within. Although some emotion is successfully conveyed, in general the jolting movements feel at odds with the souring strings. The performers segue in and out of synchronised sequences, but the parts that seem intended to be aligned were not always tightly coordinated. 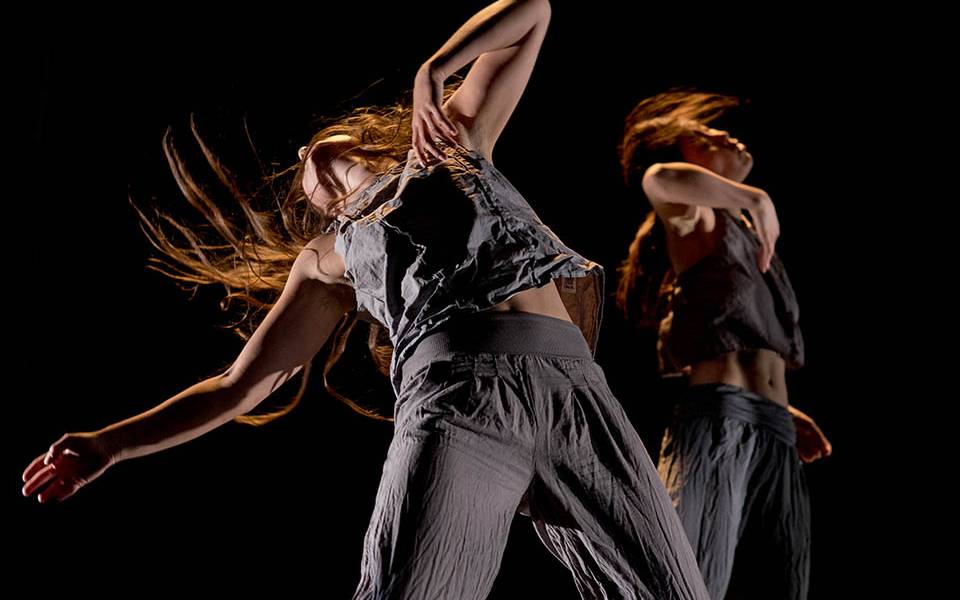 Singer, dancer, actress, poet, author and civil rights icon Maya Angelou was a prodigious polymath of the modern era; a contemporary of Malcolm X and Martin Luther King she has read her work at presidential inaugurations. In her iconic masterpiece 'Still I Rise' she articulates the resilience of her inimitable spirit and the bravery of being bold and beautiful in the face of bigotry. Her poem pulsates with anger, defiance, determination, incredulity, sensuality and even humour: "’Cause I laugh like I've got gold mines Diggin’ in my own backyard."

Suitably, Tribe's performance has the feel of an epic struggle; however, for me it failed to hit many of the emotional notes form the source work, with the prevailing atmosphere being bleakness. The performance progresses through a series of sequences, accompanied by changes in the costumes and score, the highlights being mesmerising group sections where the undoubted talents of the innovative performers are utilised most inspiringly. The standout performance comes from Lucija Bozicievic, who connects authentically with the audience, conveying emotion through a tour de force of full body acting.

The range and scope of the score gave it a certain power, but at times it felt out of sync with the action on stage and with the basic sound quality seemingly lacking. Whether the minor distortions apparent were intended is unclear, but they certainly did nothing to add to the performance. Similarly the lighting production lacked ambition with simple fades and spot lighting; I have seen similar shows elevated by the impact of more sophisticated lighting effects, but none were on show here.

The performance contained further high and low points, culminating in an enchanting final group segment that was the ultimate highlight. The finale was initially greeted warmly by the audience - made up of a notably high percentage of young people - but the atmosphere soon dissipated leaving the theatre flat. There were some great things within this show, but I would not call it a great show; however, if TRIBE have inspired even one young mind to access the work of Angelou or pursue an interest in the performing arts then they will have achieved something truly worthwhile.