One of the great strengths of the Leeds based Transform Festival is they not only bring in top international artists, but then ask them to test to destruction the idea of theatre, and how it should be performed.

Berlin’s Machina eX specialise in creating immersive experiences that are somewhere between a computer game and performance. This time they were sending a series of agents out onto the streets of Leeds as the eyes and ears of a new start up.

Our mission – if we choose to accept it - was to tackle a series of scenarios offered by a computer generated voice called Veronica, eerily speaking down a phone line, and via a series of texts fired to our phones as we made our made round the city centre. 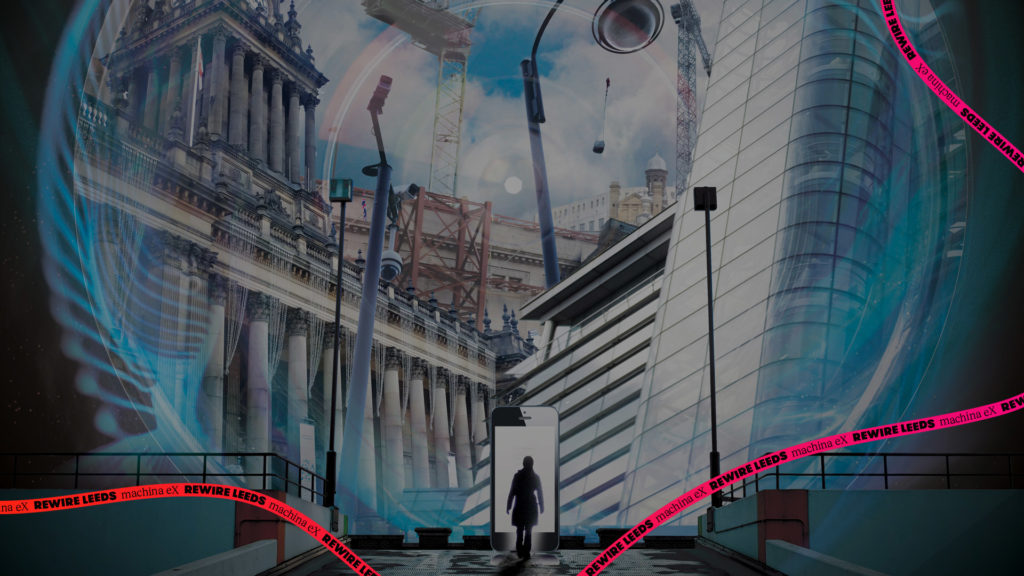 There is something slightly absurd about standing in Leeds City Square counting the number of steps from a dining area to the nearest dollop of pigeon poo because you have been ordered to by a computer generated voice.

Once ‘training’ is complete you leave bird poop behind heading off on a series of quests randomly generated by the machina eX software, which could be counting the electrical output of lampposts on a local square, or seeing if someone was being stabbed on a quiet side street.

It might sound a bit mundane, but as you are given a score based on your observations it really tapped in my competitive streak, and maybe on a deeper level the basic human need for validation. On another level machina eX are questioning the impact of our seemingly inescapable surveillance culture, either via CCTV or own phones. How far are we prepare to do what we are told, and then tell someone else to gain some points that in reality are pretty meaningless.

In my case quite a long way as I was prepared to tramp round for over two hours carrying out all my tasks sending information to a computer, and I had no idea of what they were doing with it. If anything.

As a theatrical experience it is probably isn’t for everyone, but if you like a challenge, and a welcome escape from sitting in a theatre as a passive observer, then Rewire Leeds does the job.

It’s might not be for people who think the state already has too power over us, and our data, but maybe those are the exactly the sort of people who might find Veronica’s faceless tasks really challenging. Me, I just had a bit of harmless fun on a windswept Saturday afternoon. Or did I?