When the professional version of Ghost the Musical staged its World Premiere in Manchester some four and a half years ago there was huge fanfare, glitz and glamour. The Manchester Opera House was closed for weeks, its power supply upgraded to cope with the demands of the state of the art set and over 149 miles of cable was used to make the show work.

Now Ghost is available to amateur companies throughout the world and North West Theatre Arts Company has taken up the challenge of staging this classic movie to stage adaptation. With a budget considerably less than the 8 figure sum seen on the professional version it becomes clear that this show is about the story of two lovers torn apart after a botched robbery, and not all about how much tech you can cram onto one stage.

First of all huge credit needs to be given to Mark Beaumont. His staging is as inspiring as it is ingenious. With a split level stage housing some surprises along the way the stage area at The Bath House Theatre is used to its maximum capacity. A number of clever illusions along the way add to the visual wow factor this production brings.

This is a youth production in every sense of the word, the assistant stage manager is 15 years old and members of the cast are considerably younger. In saying this there is no less passion, commitment and effort given than in its professional sibling.

The leading roles of Sam and Molly are played by Theo Spofforth and Rachel Redford and portray a believable couple planning the early stages of their lives together after buying a loft apartment in New York. Spofforth, who bears a passing resemblance to the original Sam Wheat, Patrick Swayze, plays the role with feeling and you share his heartache and frustration as he tries to communicate with Molly after his life is crudely taken from him.

Redford as Molly tugs at your heartstrings especially during her performance of ‘With You’ as she finally opens up her heart to Sam whilst writing him a letter.   Her pain and anguish at losing the man she planned to spend the rest of her life with is continued right up until the last moments of the final scene.

Oda Mae Brown (Olivia Hollamby) in the movie is for me the highlight, and tonight on stage the same can be said. Hollamby’s portrayal of the Whoopi Goldberg character was laugh out loud hilarious at times as were her sisters played by Jasmine Nisic and Natasha Holt.

Good guy turned bad Carl Bruner played by Alex Harford is one of the harder roles to play in musical theatre at present. Best mates with Sam until his death, the torment and guilt he feels lead him deeper into a world of alcoholism and drugs. Whilst this is not played out as obviously in this version, the panic and desire to pay back debts owed is.

Ghost the Musical must be a daunting task for any amateur company to take on but NWTAC have grasped the challenge with both hands and delivered a memorable production. You can believe with them until Saturday at The Bath House Theatre in Manchester. 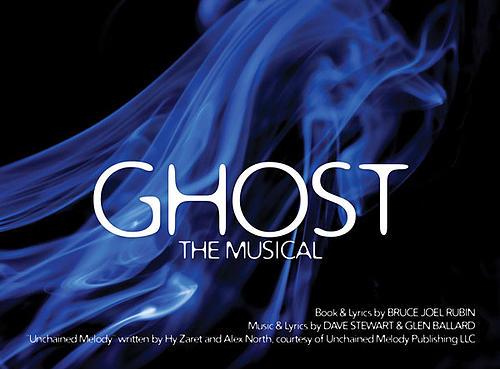