West Side Story is a modern day Romeo and Juliet: the story of Tony and Maria, the Sharks and the Jets and life on the streets in gang divided New York.   It is not a lightweight, feel good musical. It deals with adult themes of gang violence, murder and rape: not necessarily the first show that would spring to mind as being ideal for a youth production. However, this version by the Manchester Stage Experience does not shy away from any of these issues, resulting in a spectacular and enthralling production.

The Prologue is excellently performed with precise and flawless dancing.   When the Sharks make their entrance, the atmosphere becomes charged with simmering anger directed at each gang by the other.

Bernardo (Sebastian Groves) and Riff (Michael Gardiner) square up to each other with intent and menace and are totally convincing in their roles.

Maria (Rebecca Bolton) and Anita (Isabella Dawson) have such stage presence, it is quite startling to realise that they are 18 and 17 respectively.   Dawson plays a very savvy Anita and Bolton is a totally convincing innocent and love-struck girl.

The "mambo" dance section at the gym was excellently performed and very exciting to watch. The cast were literally bursting with energy and the fierce rivalry between the two gangs was very evident.

An observation I would make is that when Tony and Maria meet for the first time, there are too many people on stage and the scene loses a little of its impact.

The first of the crowd pleasing songs appears in the form of "America" with much skirt wafting and a very assured performance by Dawson who plays Anita perfectly as a feisty little spitfire. There was some marvellous choreography and although at first I thought there were too many cast members on stage for this number, it actually worked well and was very effective with a large number of people.

"Cool" is one of the best dance numbers in this show, it is totally compelling and I didn't want it to end. Again, it was precise and quite mesmerising and it also worked well with a large number of cast members. Who would think that finger clicking could be so ominous?

Towards the end of the first half, "Tonight" is performed by the Sharks, Jets, Anita, Maria and Tony. It is excellently done, building the tension perfectly, reminding us that all is not well.   The Sharks and the Jets direct their hatred towards each other with much intent and the fact that there were so many of them made it even more effective.

Then to the Rumble... The gang members walk silently onto the stage which is quite chilling and has a fight club feel to it.   We are quickly immersed into the chaos and fear of the death scene and there is a general feeling that everything is descending into madness.   It is extremely atmospheric and excellently performed by all.

An innovative twist was the use of the boxes in the auditorium during "Somewhere" which were filled with cast members.   This whole scene was professionally performed, with marvellous dancing and a great show of emotion by all involved and I found it quite mesmerising as we moved from this utopian vision seamlessly into a replay of the death scene which brought reality crashing down.

A little light relief arrived courtesy of A-rab (Jordan Pendleton) and Baby John (Tom Sturgess) who were quite a double act and produced a few laugh out loud moments.

The number of the night has to be "Officer Krupke" played to full comic effect, particularly by Action (Dillon Burgess) who could easily pass as a professional performer.   Everyone involved in it did a fantastic job, it provided some much needed humour.   I think it is possibly the best version of this song that I have ever seen on stage.

Mention has to be made of the performance of "A Boy Like That" and "I Have a Love" by Anita and Maria respectively.   The range of emotion shown by both is quite breath-taking and it is an extremely powerful performance.

The final scene belongs to Maria who absolutely owned the stage with her tangible grief and despair.

The reprise of "Somewhere" after the cast have taken their bows is spine tingling. I cannot praise this production or the performers highly enough. The material is not light and frothy yet they handle it expertly with self-assurance and maturity.

The orchestra are to be congratulated on their excellent performance also.

Never mind "I like to be in America"...I like to be in Manchester...so I can go and see West Side Story!   Miss this show at your peril, it is outstanding. 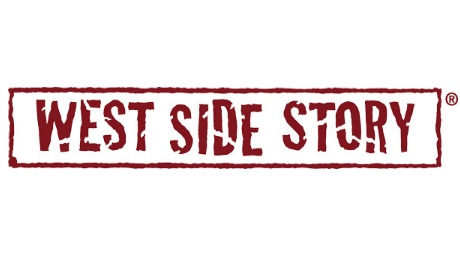