Sweeney Todd is Pick Me Up’s second production this summer following Assassins and forms part of the 2016 Sondheim Season. Stephen Sondheim’s musical is written by Hugh Wheeler and set to his music and lyrics. It premiered on Broadway in 1990 and a number of adaptations and revivals have happened since.

The well known tale is about Sweeney Todd (Nick Lewis) who returns to London after serving his time as a convict in Australia. A victim of injustice he goes out to seek revenge against those who separated him and his family. He meets Mrs Lovett (Susannah Baines), who owns a pie shop and is reputed to sell “the worst pies in London” and sets his barber business above the shop. Both work as a team to execute Sweeney’s revenge and that his clients will end up being ingredients in Mrs Lovett’s pies. Set in Victorian London where then the poverty was rife and the social and justice gap between the rich and the poor was widening. 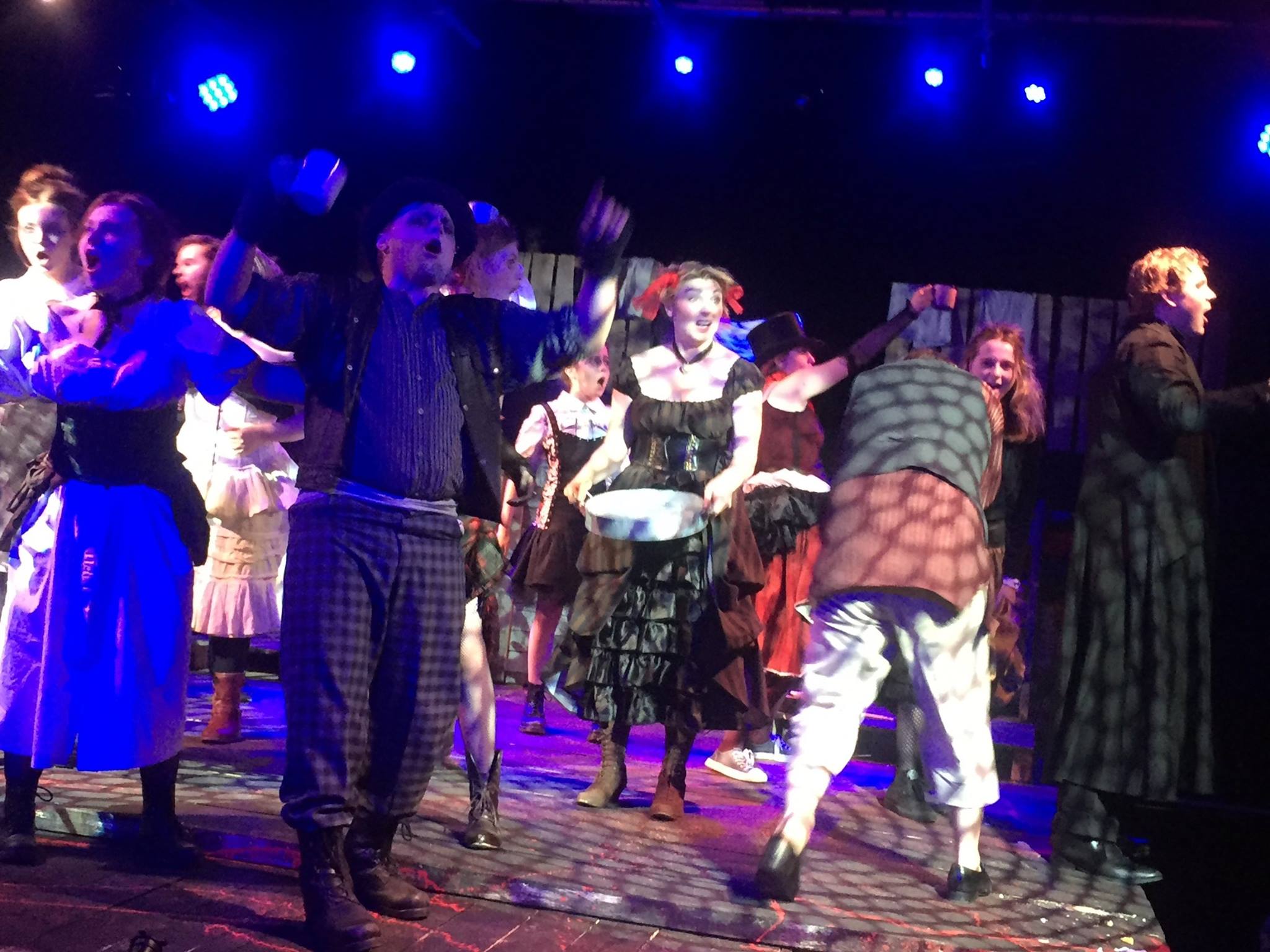 It opens chillingly with the Organ Prelude and the ensemble singing The Ballad of Sweeney Todd. Courtesy of Adam Moore and Robert Readman, John Cooper Studio Theatre is fully transformed and is specifically themed with the darkness and dim and red lighting symbolising the darkness, “bloodiness” and brutality of the show. The smoke spurts on stage reflecting the urban and industrial London at the time. Sondheim has cleverly composed catchy and reflective songs specifically for each character, their stories about themselves and summaries their state of minds and plans – all under the direction of Ben David Papworth. Anthony Hope’s (Sam Hird) declares his love in Johanna. Sweeney shares the story The Barber and His Wife and his plans for further revenge in Epiphany. He states with his shaving razor “at last my arm is complete”!

Lewis and Baines put on an excellent performance as Sweeney and Mrs Lovett. They admirably work together as one team in planning Sweeney’s revenge whilst supporting each other businesses. Another outstanding performance must be Hird’s Anthony whose quest for Johanna (Maren Fagerås Nævdal) is sung convincingly and lovingly in Kiss Me and of course Joanna. In all, with excellent choreography, the ensemble cast ensures the regular reprises of The ballad of Sweeney Todd is alive throughout with close up intimate performances all around on and off stage with good spotlights on the key characters.

Readman directs a successful production, though a long one of three hours, which gives everyone food for thought with the themes raised which are just relevant in society today.