York Stage Musicals is a York-based theatre company comprising of local performers and production staff. Formed in 2005 following a merger between Shipton Theatre Company and Rowntree Youth Theatre, York Stage Musicals has played to packed out houses throughout York, showcasing some of the best local talent in the area, gaining a reputation for producing high-quality musicals and plays across theatres and performance spaces around York, bringing many hit shows to the City for the first time.

Recent productions include Bugsy Malone (July 2015), Sister Act (2014), Billy Elliot (2010), Spring Awakening (2010), We Will Rock You (2007 and Jekyll and Hyde (2005). Their latest offering presents the all-singing-all-dancing romantic comedy, Legally Blonde the Musical. Although York Stage Musicals are an “amateur” company - don’t be fooled - this production is far from amateur, with an energetic cast of talented young adults who would easily excel in the West End.

Legally Blonde is the multi award-winning sensation that took the West End by storm, based on the 2001 movie with the same name. This musical is all about knowing who you are and showing what you’ve got! It’s the funniest, most fabulous musical around.

Elle Woods has it all. She's the president of her sorority, a Hawaiian Tropic girl, Miss June in her campus calendar, neighbours with Simon Cowell and, above all, a natural blonde. She dates the hottest fraternity boy on campus and wants nothing more than to be Mrs Warner Huntington III. But, there's just one thing stopping Warner from popping the question: Elle is just too blonde. When Warner dumps her and packs up for Harvard Law where he reunites with an old sweetheart from boarding school, Elle rallies all her resources and gets into Harvard, determined to win him back. But Law School is a far cry from the comforts of her poolside and the shopping mall. Elle must wage the battle of her life, for her guy, for herself and for all the blondes who suffer endless indignities every day.

With some help from newfound friends Paulette (Jo Theaker) and Emmett (Timothy Gough) plus her faithful Chihuahua Bruiser, she learns that it’s so much better to be smart.

Maya Tether plays the role of rich socialite Elle, blonde by name and blonde by nature! Maya makes the high energy dance routines (choreographed by Lesley Hill), belting catchy tunes such as “Chip on My Shoulder” seem effortless, with an almighty powerful voice which has you loving her portrayal of Elle Woods within seconds of first entering the stage. Matthew Ainsworth makes his debut performance with YSM as spoilt rich boy Warner Huntington. Maya and Matthew are perfectly paired and have a believable on-stage chemistry between them. Other notable performances worth a mention are Vicki Lightfoot Smith as Enid “No One Knows I’m a Lesbian” Hoopes; geeky and butch are both difficult characteristics for any female to portray - especially for someone who looks neither geeky nor butch in real life - but Vicki played the role with ease, making the audience really warm to her character. For me though, the stars of the show have to be Darcey Glover (Bruiser Woods) and Rufus (Ethel and Coco). Yes, I am talking about the dogs! Rufus was barely on stage for five minutes but had the audience cooing, stealing the hearts of many - mine included! Joe Mellor (Kyle) also set the audiences pulses racing and won many a ladies hearts as he owned the stage in THOSE shorts - ladies - Joe alone makes the show one you do not want to miss!

With an outstanding and notable ensemble and a few older cast members portraying more adult roles including Sandy Nicholson (Saleswoman/Winthrop), every cast member performs with such passion and professional stamina - not one foot was out of place during the high energy dance routines, not one note out of pitch - the Jury is out - Legally Blonde is the best show in town and York Stage Musicals bring the West End professionalism to North Yorkshire - case closed! 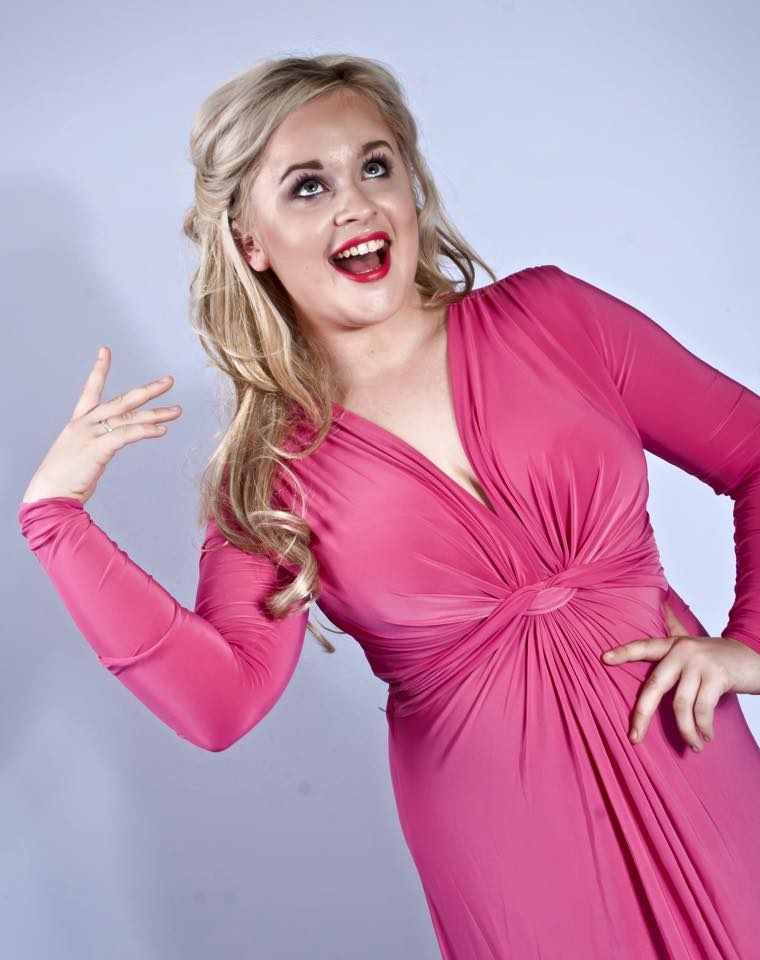