The Lyceum Theatre, Oldham hosted an extremely dark psychological study from the 1940’s centred around a family in turmoil and a luxury nightie.

Although seemingly farcical, this object, and its connection to Roy Christie’s (Nathan Simpson) fiancé Louise (Alison Knowles) becomes a fixation for the protagonist Alicia Christie (Margaret Blaszczok), as we experience a family gripped by bitter rivalries and mistrust. The subject matter certainly did not deter the audience and the theatre was completely full.

The small cast presented the play with great vigour and the pace of the dialogue was swift throughout. The initial scenes with Alicia, Roy, Louise and Thea Christie (Becky Rosenthal) were particularly realistic and flowed beautifully. 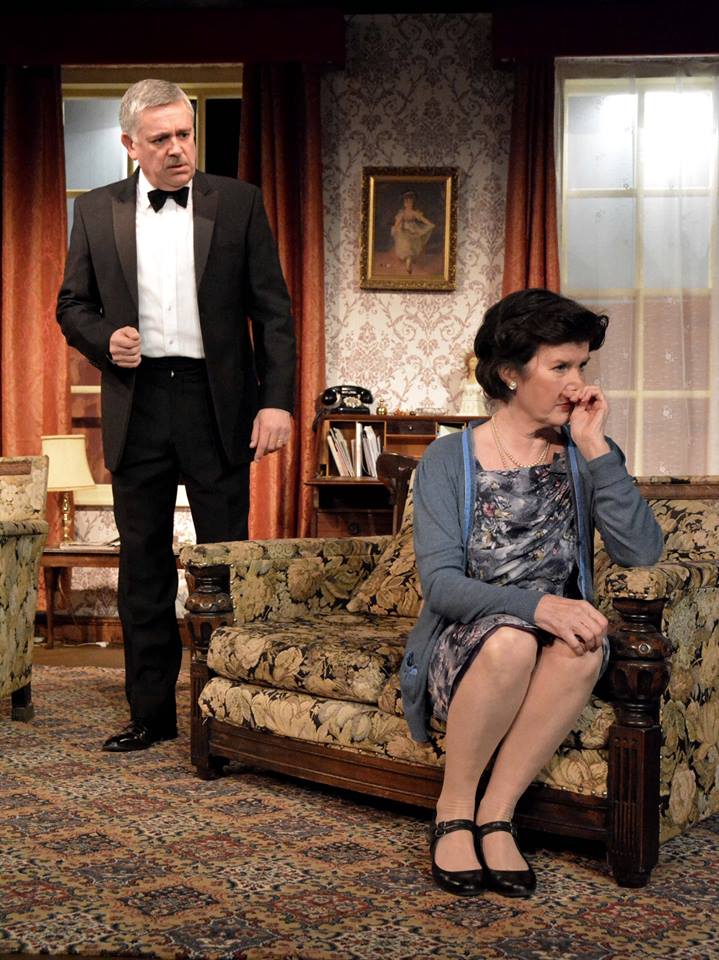 Robert Christie (Phil Clegg) Dr. Bennet Hawkins (Dominic Peberdy) and Nannie (Sue Garlick) balanced the almost sickly sweetness of the rest of the Christie Family in the narrative and really moved the story into its darker reaches. Their input perhaps developed the performance from something we were merely observing to something we had to think about.

Although there were times in the play where the message resonated with a modern audience, I would have to disagree with the advertisement that the play is as compelling as it was 70 years ago; our values have changed somewhat since 1949 and the seriousness of Alicia’s situation feels slightly farcical in our modern age. The lighting also contributed to this feeling during the description of events by Alicia and was perhaps a little overdramatic for the circumstances. The lighting did however make a fine contribution to highlighting the passage of time on the impeccably dressed set.

Whilst there were many brilliant moments in this production I felt at times a little more attention could have been played to certain details. One example being the solid brick wall seen as we look through the curtains but is described as a “beautiful and painting-worthy image” or the modern liquor bottles in the cabinet. Considering these small details would really take this production to the next level.

A detail that did strike me was the semantic of flowers throughout, there really was no escaping it! The references to Orchids, symbolizing love, luxury, and strength alongside Sunflowers, a symbol of adoration, loyalty and longevity; combined with the riot of floral on set and statements of rich fertile soil meant it could not be overlooked.

This was an incredibly solid performance from all involved. The audience seemed to enjoy it and the comedic elements began to hit the mark after a little bit of a slow start. Do take the chance to see this “normal, un-happy family” as the run continues until 8th April. http://www.lyceumtheatre.org.uk/