Laugh out loud fun, innuendos a plenty, catchy numbers and all together spooky!

Based on the book by Marshall Brickman and Rick Elice, with music and lyrics by Andrew Lippa, The Addams Family Musical first hit the stage in 2009 as a try-out in Chicago. The show is based upon The Addams Family characters created by Charles Addams in his single-panel gag cartoons, which depict a ghoulish American family with an affinity for all things macabre. Numerous film and television adaptations of Addams' cartoons exist, but the musical, which is the first stage show based on the characters, is based upon the cartoons rather than the television and film characters.

Pick Me Up Productions have brought everyone’s favourite cooky family to York just in time for Halloween. The show is suitable for all ages, however it is packed with plenty of innuendos for the grown-ups. Now things rarely shock me, nor my even more outgoing theatre companion, but we were both shocked yet in hysterics at some of the innuendos to the point of being like “Did they really just SAY that” or “I can’t believe they did THAT!” but I mean this in a positive way - for us this is what made the show the masterpiece that it is, albeit we may have cracked a few ribs each with the sheer amount of laughter it caused but it was done in such a way that it pretty much went over the head of anyone under the age of sixteen.

Set around a Grave Yard (what else, this is, after all the Addams Family!), the story starts with catchy number “When You’re An Addams”. This is an annual gathering at the grave yard for all family members (living, dead and undecided) to celebrate what it is to be an Addams.

Uncle Fester (Mark Hird) explains about Wednesday (Holly Surtees-Smith) and Lucas Beineke (Sam Hird) being in love. The pair met in Central Park where Lucas witnessed Wednesday killing an animal with a crossbow and it was love at first sight! He (Uncle Fester) then stops the Ancestors’ returning to their graves to enable him to enlist their help. You see, Wednesday has invited “normal” Lucas and his parents, Mal and Alice, to dinner, under protest and the pair are determined to be together despite their contrasting family upbringings.

Wednesday pulls her father to one side and reveals that the pair are already engaged to be married, but before going public she needs to ensure that both families get along. She does not wish her father to disclose this information to her mother, Morticia (Hayley Bamford). Although a family man at heart, Gomez promises to keep the engagement a secret until Wednesday is ready to reveal the news herself. She is hopeful that after the two sets of parents have bonded over a meal they will accept that the two are meant to be together. Gomez feels pulled between his loyalties with his wife and his daughter, having never lied or kept secrets from Morticia throughout their married life.

On the arrival of the Beinekes, Wednesday and Lucas both instruct their families to act as normal as possible so they can all enjoy the dinner. But tensions start to mount as Alice starts reciting happy rhymes at random, Pugsley, Fester and Grandma totally fail at acting normal, and after years of wearing black Wednesday appears in a sunshine yellow dress, much to her mother’s annoyance. Privately Lucas and Wednesday share their feelings for one another, unaware that they are being watched from the shadows by the Addams Ancestors’. Morticia and Alice spend some time getting better acquainted, whilst looking through photo albums of the Addams Family. (Fabulous moving pictures I might add!)

Morticia tells Alice that her marriage to Gomez has been a success because they have no secrets and tell no lies. Alice states that her marriage to Mal is mostly based on secrets and lies. Meanwhile Gomez and Mal are left to bond, as Gomez shows off some of his more unusual instruments of torture - including a chair which sadly, much too all the ladies in the audiences’ dismay, is not available to purchase from your local Ikea!

As the evening progresses, Morticia catches Wednesday, Gomez and Lucas acting suspiciously so she refuses Gomez’s request for a tango - something she has never refused before. This upsets Gomez and he realises he is in more trouble than he anticipated.

Meanwhile, Pugsley is upset and worried that Wednesday’s new found love means she will no longer have the time to spend torturing him. He steals one of his Grandmas potions - one that is said to bring out someone’s dark side. He plans to slip it to Wednesday at the dinner, during a family game “Full Disclosure” where each person confesses something they haven't previously told anyone before, however the potion gets into the wrong hands - and more importantly - the wrong mouth!

Act Two puts not only the love of Gomez and Morticia to the test, but also the love between Wednesday and Pugsley, and that of Mal and Alice. Can Wednesday and Lucas prove that being different should never stop true love from happening? Can Gomez save his marriage and stop Morticia leaving him? Can Alice rekindle her love for Mal?

With gags a plenty, outstanding performances and amazing costumes, The Addams Family Musical will have you laughing out loud from the first number right until the final curtain call.

Susannah Baines is hysterical as the outrageous and eccentric Grandma Addams.   Mark Hird is the spitting image of Uncle Fester (I mean this as a credit to the makeup department!), and plays the role with such ease.

Hayley Bamford is Morticia to a tee - complete with the “shuffle walk” (more apparent in the cartoon and comic versions of the Addams Family, which the musical is based on as opposed to the movie adaptations we all know and love). Darren Lumby won the audiences heart as the husband and father pulled between his loyalties with his wife and daughter, you really felt sorry for the poor guy, doing his best to keep his family happy but somehow still ending up upsetting them.

Although this may be an Amateur production, there is certainly nothing amateur about it. This particular production would easily work well in the West End. Future scheduled productions by Pick Me up Productions include, I am very excited to say, some of my favourite West End shows including my all-time favourite Les Misérables, scheduled for February 2016, Sweeney Todd and Assassins in August 2016, and Gypsy in 2017. If tonight’s performance is anything to go by, I cannot wait to see further productions by this highly talented company. Next year cannot come quickly enough!

This production of The Addams Family is running until 31st October at York’s Grand Opera House. Further information on this and any upcoming productions can be found at http://www.pickmeuptheatre.com

Hats off to Director Robert Readman for such an amazing show!

(Oh my goodness, I literally JUST got that…..the day…) 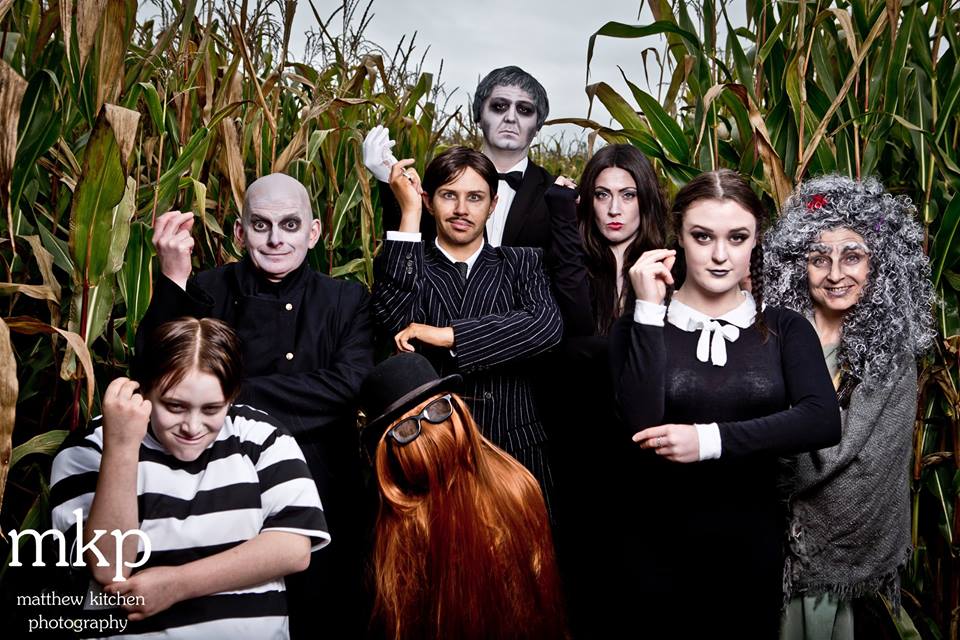