Oldham Theatre Workshop presents a musical based on the story of a young boy who believes he can see the future in the stars.

The musical began with a flourish of the full ensemble. The microphones from the start made it very difficult to hear the opening 15 minutes therefore once the sound improved, it was hard to fathom out exactly what was going on.

The script allows each cast member to have at least one line and understandably this is a showcase however it was hard to follow and left me confused as to where the script was heading.

Jabez Sykes who plays the role of Ethan was the most integral part of the show and he was exceptional at portraying such a diverse role. Jabez's commitment to the role throughout was extraordinary and he was the main reason I was able to follow the script. 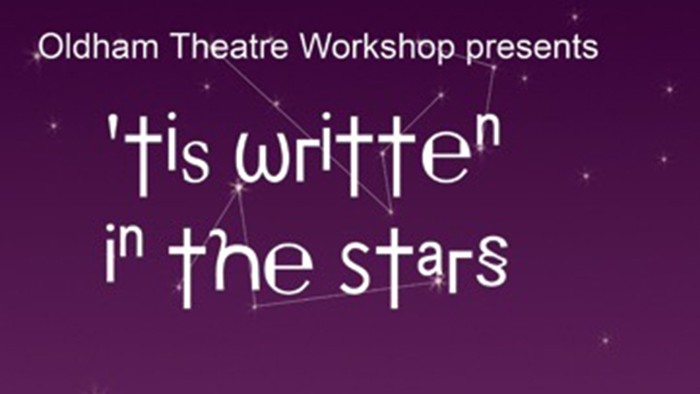 The description of the play is that Ethan's character can see the future in the stars hence the title 'tis written in the stars', yet that was the only reason we could continue to follow the play as he described his vision of each upcoming event.

The multi-purpose set was used to its maximum and the lay out was appealing. Perhaps the angle of the bedroom led some members of the cast to have their back facing towards the audience, which led to us missing important dialogue.

The Raynor family’s significance was completely lost. I don’t understand the subject matter the writer was trying to create through the mayhem of the Raynor family. The scene with the balaclavas and the chaos they inflicted upon the rest of the town was not executed to allow the audience to understand why it was happening. However, the taboo subjects of depression and bullying were an underlying vital part of the show, especially in today's society I love how the director allowed that to be fulfilled.

Hats off to Michael Edwards, the musical arrangement was phenomenal and the orchestra really changed the entire theatrical piece. Every solo had my full attention, especially both Ethan and Emma's solos. The duet between them both was incredibly emotional. They sing about their mothers death and you genuinely feel for them however half way through the song, members of the cast appear on stage and get in their positions for the next scene which was such a distraction from what could have been a wonderful, heartfelt moment.

The commitment and enthusiasm from the entire cast was superb. The play allowed each individual to showcase their acting, singing and movement. The cast should be very proud of their theatrical showcase and maybe with a little more intricacy from both the director and the writer, the show could be taken to the next plateau.