Amateur theatre is enjoying a resurgence at present with a number of high profile musicals being released onto the amateur market. With the likes of Legally Blonde and Rock of Ages now being produced at your local theatre by local people this can only be a positive thing and assist in introducing a younger audience to the world of live musical theatre.

Another favourite is Sister Act, and Alderley & Wilmslow Musical Theatre Company (AWMTC) are blessed to be one of just a few companies who have secured the performance rights to this musical comedy classic prior to a major professional UK tour in 2016.

Sister Act tells the hilarious story of Deloris Van Cartier (Nicky Mead), a wannabe diva whose life takes a surprising turn when she witnesses a crime and the cops hide her in the last place anyone would think to look—a convent! Under the suspicious watch of Mother Superior (Lisa Kay), Deloris helps her fellow sisters find their voices as she unexpectedly rediscovers her own. A sparkling tribute to the universal power of friendship. With a 70’s pop style soundtrack to boot you can’t fail to come out of the theatre with a smile on your face.

Mead as Deloris shines in this production. Having played Oda Mae Brown in Ghost the Musical at the Oldham Coliseum earlier this year she is one of the few actresses ever to play two of Whoopi Goldberg’s most iconic roles. Her energy and enthusiasm is infectious as she coaches the convent choir to new heights resulting in the nun’s ultimate idol visiting one of their concerts.

Kay as Mother Superior, not in the slightest bit impressed Deloris has been hidden within the holy walls of Poor Clares Convent, plays the role of matriarch skilfully and her journey from rejection to acceptance of her guest is a joy to watch. Her interaction with Peter Garsden as Monsignor O’Hara is also a joy, a great double act.

A total of 21 nuns star in this production with notable performances by Sister Mary Lazarus (Alexandra Severn) and Patrick (Heidi Cook) as well as Sister Mary Robert (Grace Stubbs). Stubbs grows throughout the show from timid young postulant nun through to a confident woman who through Deloris learns how to use her voice in more ways than one. Stubbs is a star of the future without question and one to look out for in your professional theatre programmes in the coming years.

Bradley Snelling as Curtis the gangland boss is convincingly menacing in his pursuit of ex-girlfriend Deloris after she witnesses him killing another man. His stooges TJ (Alec Morrell), Joey (Dominic Dunne) and Pablo (Ben Gleave) make up for the lack of menace with pure comedic value and their musical numbers are superb.

Hapless cop (Sweaty) Eddie played by Sid Smith is one of the stars of the show. His bumbling approach to policing and total lack of confidence ebbs away as the show progresses as his confidence grows and his feelings for Deloris are reawakened. His performance of ‘I Could be That Man’ nearly brings the house down complete with numerous costume changes.

AWMTC have spared no expense on this production of Sister Act with sumptuous sets and costumes that sparkle more than any pantomime outfits you may see this year. Choreography from Alexandra Howarth is tight and well executed as is the direction from Kalini Kent.

Finally the orchestra under the baton of Ed Nurse have to be congratulated. Very often amateur productions don’t produce such a clean and crisp faultless performance. They wouldn’t have been out of place in a professional orchestra pit. The only slight annoyance is as they are hidden away behind the scenes they don’t get their moment in the spotlight as the rest of the company take their bows.

Sister Act is reason to rejoice and a pure unadulterated hit!

Tickets for the remaining performances this week (until 14th November) can be booked at https://www.list.co.uk/event/495395-sister-act/ 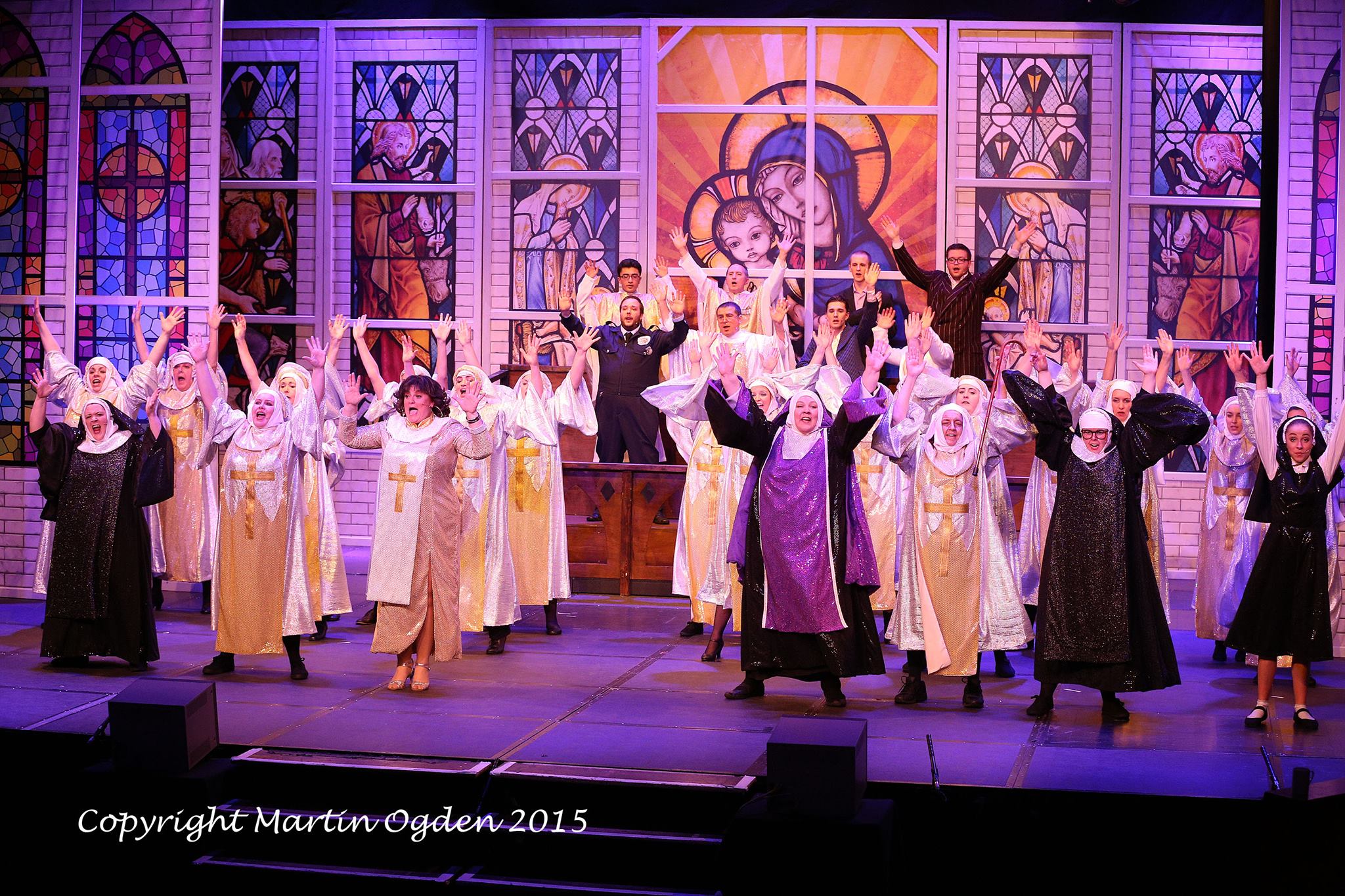