With this being the centenary of the Russian Revolutions – yes, there was more than one – it is refreshing to see a play that endeavours to cover every political viewpoint imaginable. I don’t intend to recap on the events that unfold – go and see the play – but rather focus on the theatrical techniques implemented to entertain this evening. 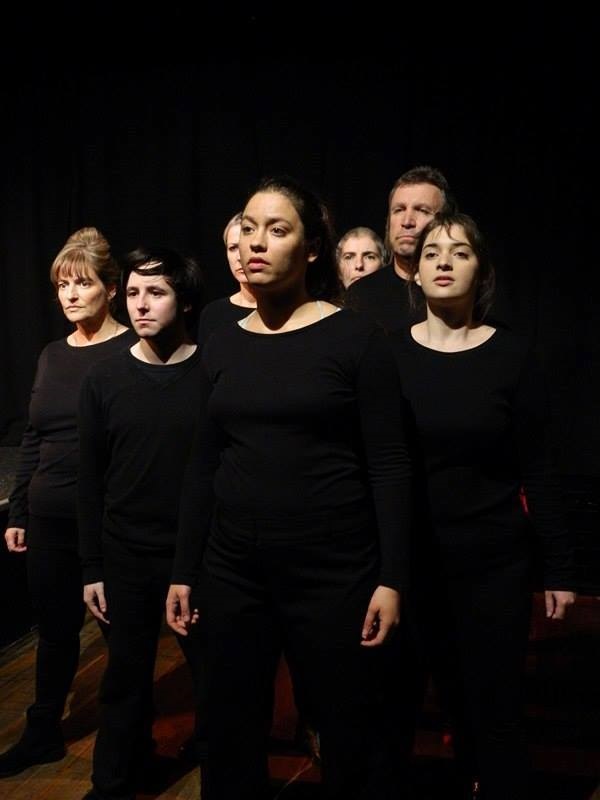 The Greek-style Chorus with its coordinated choreography resonated powerfully and created a somewhat immersive experience. The use of the two journalists – Rhys and Reed – to narrate the events along was a clever idea and worked well, particularly when there is so much happening from different political angles, but was occasionally overused. The simplicity of the costume and staging allowed actors to shine - a good technique carried forward from the Shakespeare War Plays earlier in the year – and deliver believable performances without the need for props, and overall there was well thought use of the stage and floor space.

Bond describes the play as a labour of love over four years and whilst I think he has the bones of a strong multi-faceted piece, ultimately it is too long and demands a good edit. Whilst we had some strong ensemble pieces led by powerful individual performances, there were too many monologues that began to ramble and the ‘labour’ became a lecture and we were told more than we were shown. There were two or three opportunities to provide a powerful ending – one of which the audience were convinced was the ending – until the lights re-focused and the action resumed.

Musically, the use of extracts from Tchaikovsky’s ’Swan Lake’ and Galina Ustvolskaya’s Symphony No. 3 ‘Jesus Messiah Save Us’ along with ensemble-delivered versions of ‘La Marseillaise’ and the ‘Internationale’ worked brilliantly, the latter two encouraging some audience participation – helped by the fact we were give the words with our programmes! The Revolutionary Funeral March following events in Moscow was moving but overlong, particularly as only Kondrashova was accompanying the piece.

All the cast performed well with some notable mentions: Durkan was a late replacement for a sadly incapacitated cast member – to whom we send best wishes – and mesmerised with her facial expressions; Lanceley’s Lenin was a brave and inspired choice and deservedly delivers a gender casting revolution; Durr is just excellent – as expected. This is the first time I’ve seen Kondrashova who gave strong performances throughout in all her roles and I look forward to her future work.

Burjesta Theatre has a strong reputation for putting on original work and adaptations. For further details of upcoming productions please see their website http://www.burjesta-theatre.co.uk/home/