Welcomed to the venue, in from the cold and snowy roads of outside, with a collection of mostly show tunes and film soundtracks playing overhead, I had the pleasure to attend The Grange Arts Centre for Oldham Music Service’s first Musical Theatre Showcase there and witness the developing talents of their established Advanced group, as well as their recently launched Junior and Senior groups that started up in September - a collective of 38 in total!

With a cast ranging from 6-18 years, I was truly blown away by the standard of quality and discipline on display. In the presence of ‘teachers’ Kay Huckfield and Hannah Davis - who acted as comperes for the evening, with scripts of their own - they should be extremely proud of each performer, I felt a sense of pride and anticipation as soon as I entered the foyer, filled with family members and friends of the talented young artists that were to entertain us.

With the auditorium being three-sided, in the studio space - with the various groups being seated either side of the audience facing front-on - I guess this made use feel part of the show as performers were meandering between the crowds in the foyer before the show began - the cast were dressed in all black, creating a contemporary style where they were dependent on their skills and the scenes left to the audience’s imagination and interpretation (how exciting!), helped along by a brief introduction to some of them by the hosts.

First up we were treated to the Advanced Musical Group and ‘The Naming’ from Children of Eden, before two of the Senior Group (Rhiannon and Ciara) performed ‘Matchmaker’ from Fiddler on the Roof - sadly one of them was slightly out of tune. Only one of two moments that this occurred throughout the whole show. Connie then performed ‘I Don’t Know How To Love Him’ from Andrew Lloyd-Webber’s Jesus Christ Superstar which was brilliant, with minimal direction making the piece, and the Junior Group showed their worth with Toy Story’s ‘You’ve Got A Friend In Me’. We then had the delight of two solos from the Advanced Group in the form of Dominie’s ‘Tell Me It’s Not True’ from Willy Russell’s hit play-turned-musical Blood Brothers (I did note down that she has a Paloma Faith-esque way of ending phrases, which is different but worked!) and Emily’s delicate Edelweiss from The Sound of Music – a song that doesn’t demand much but the gentle tone and gesturing it received.

As well as some of the previous, Emily Hobbis made a name in fame for herself as Tracey Turnblad in a single-track presentation of Hairspray; Good Morning Baltimore. The Senior Group was the only one that had props and these did help to enhance the characterisation - something we are told the groups are keen to focus on. As the only male in the group (he must love it!), Carter is a stand-out showman for feeling the music and giving his all, this is evident throughout and his name should be remembered and progress monitored (He will be in Bonnie and Clyde at The Lowry later in the year!), especially as we see his comedic timing and charisma later on.

Also from the Senior Group we saw Katie Whiteley perform ‘Maybe’, the first song that appears in the show Annie, before an ensemble piece in ‘Fathom’s Below’ from The Little Mermaid by the Juniors. The final solo of the first half came from Imogen and was the beautifully passionate ‘Now That I’ve Seen Her’ from Miss Saigon and the first act concluded with another character development piece, this time ’At The End Of The Day’ from Les Misérables - with a sudden cut-off end which left a slight pause before the applause (hey that rhymes!). 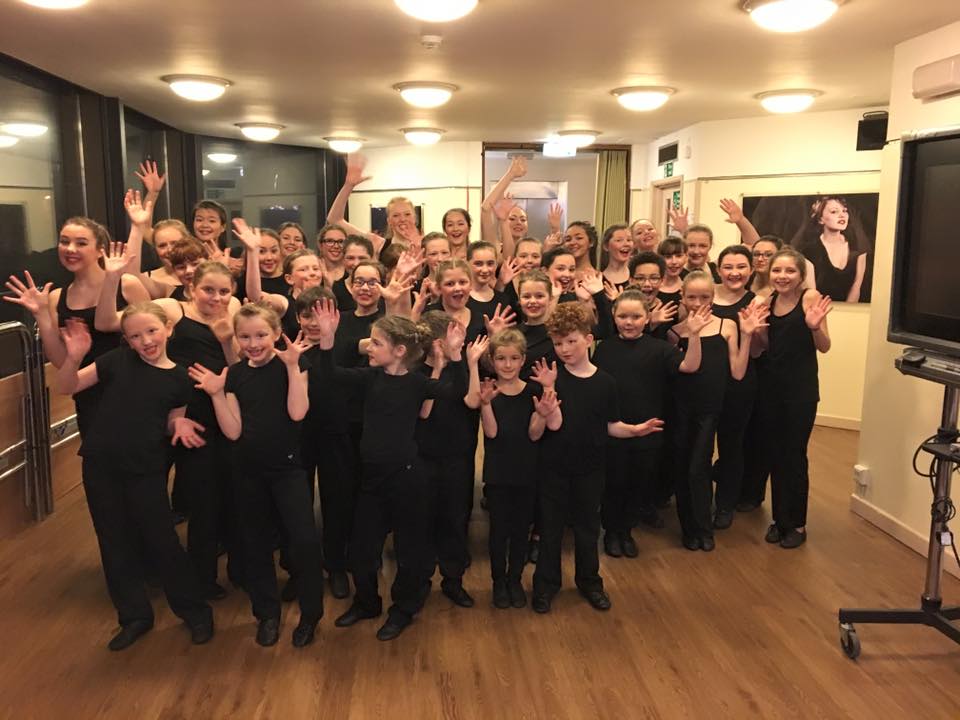 The second half opened on the right note(s) with the ever-popular ‘Joyful Joyful’ from Sister Act which featured the stunning soulful sounds of Olivia Fitton. Then came the fun duet between Madison and Carter who embodied sharp-shooters Annie Oakley and Frank Butler from Annie Get Your Gun with the playful ‘Anything You Can Do’ (love the hat Carter!). Classic Roald Dahl story Charlie and the Chocolate Factory’s Broadway/West End arrangement was enacted by the Juniors in ‘Pure Imagination’, before we welcomed a young lady who is unsurprisingly already playing a female lead elsewhere (in her school’s production of Oliver!) - Isabel - who gave her amazing portrayal of thick-skinned Cockney Nancy for ‘It’s A Fine Life’.

The final solos came from Lydia and Darcey who performed ‘I Know Things Now’ from Sondheim’s Into The Woods and My Fair Lady’s ‘Just You Wait Henry Higgins’ respectively. Both should be commended for their passion, especially Lydia who did extremely well with Sondheim’s complicated score. The final piece - a test of ‘triple-threat’edness - from the Seniors was Chicago’s glitzy ‘Razzle Dazzle’ which contained the iconic and stylised influences of Bob Fosse, along with white top hats with a silver sequin trim (nice touch) with Carter rightly at the front point of an arrow, before the show closed with the Advanced Group’s wartime Charleston favourite ‘Bugle Boy’.

I have no doubt that each and every member of the, albeit knowing and related, viewing public thoroughly enjoyed themselves with laughter, smiles and maybe the odd tug of a heart-string as we preview what the magical industry of theatre has to chose from. With some of these budding stars already on their way to success through the various art forms within Performing Arts, I see no reason why they shouldn’t progress and it is an asset to services like this that justify such a need. Remember the names, see the shows and show your support! Like sports, theatre is a hobby but can, after all, be a career path too… please encourage and empower the next generation to pursue it and help their dreams come true.

I understand there is another presentation from the Oldham Music Service, which will be a concert of the Voice Departmental at the Queen Elizabeth Hall on 16th March.