With the professional version of Ghost the Musical that opened down the road in Manchester back in 2011 having a budget in excess of 8 figures this show is a challenge for even the most ambitious amateur company.

What becomes immediately apparent when you see X-RAYS latest production at Haslingden High School is that not having access millions of pounds worth of budget doesn’t detract one bit from this emotional and at times very funny piece of musical theatre.

Virtually everyone knows the story of Sam Wheat (Grant Bromley) who is torn apart from girlfriend Molly Jensen (Jenny May O’Reilly) after a mugging goes wrong in the streets of New York and ends up being shot. Trapped between worlds he meets Oda Mae Brown, (Lori-Mae Hooley) a phoney psychic who discovers she can hear Sam. Whilst Molly is comforted by Carl Bruner (Ric Ormerod) Sam discovers the identity of his killer and that Molly is in danger, so sets about trying to protect her with the help of Oda Mae.

Bar the budget X-RAYS brings the most important element from the professional version to Haslingden, belief. Bromley and O’Reilly shine as Sam and Molly as their relationship blossoms in front of you and you can feel the pain and grief following Sam’s death. Ormerod as Carl is likeable as the best friend of Sam and his spiral into drugs and alcohol is sensitively played.

The star of the show is Hooley as Oda Mae Brown. The phoney psychic that develops the ‘gift’ when Sam finds her has some wonderful comedic moments throughout and her interactions with Sam are superb. It cannot be easy acting opposite somebody you are not meant to be able to see.

There are a number of illusions scattered through the performance with bodies appearing from nowhere, flying books with the subway scene in act 2 being particularly impressive.

Ghost the Musical is enjoying a resurgence in the area at present with further amateur productions planned in the City and in Sale over the coming months continuing the connection Ghost has with Manchester where it enjoyed its World Premiere.

Ghost continues at Haslingden High School until Saturday 30th May. 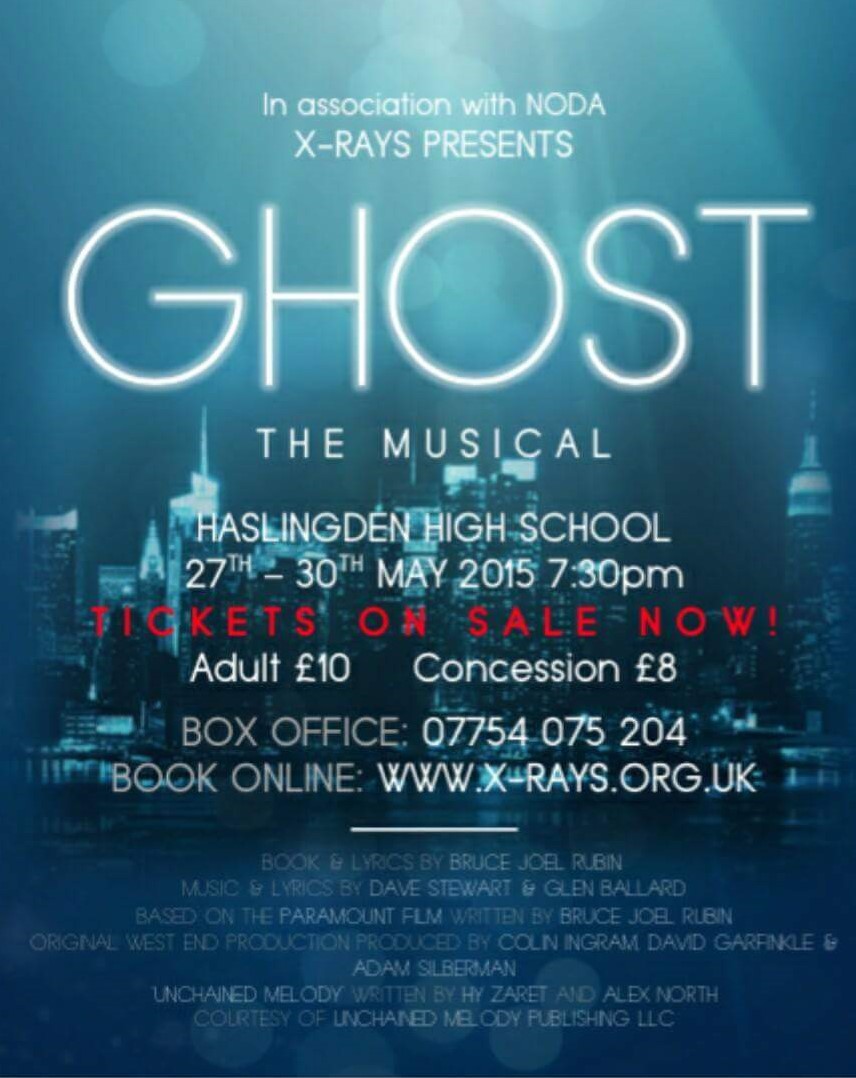