From the moment you enter the Quays Theatre, you are immersed into a sea of spandex, tank tops, tie dye and questionable hairdos.   It's the 70s!

For those who are too young to have experienced a 70s nightclub, this will be an eye opener. For those not too young it will be a nostalgic, flare sporting swagger down memory lane.

The cast take centre stage (literally) as they are on the illuminated dance floor before the show begins, dancing the whole time. Now that takes guts!

A 70s quiz is handed out to all audience members who are encouraged to answer as many questions as possible, with help from the MC (Anthony Fleming) who chats tirelessly in an effortless, 70s DJ style, interacting with the audience. He also gives clues to the answers in his patter so listen carefully!

The story is told from the perspective of Roddy O'Neill who is excellently played by James Cockerill. Roddy is a lovable Jack-the-Lad. He tells his story in retrospect and it is a story of his relationship with Debs (Gemma Singleton) and also with his Elvis obsessed father, Eamon, who is played by Howard G Raw (who is also the Director).

Along the way, we meet Trish (Maria Masterman) and Terry (Matt Roughley) who really should have their own show as they are a hilarious combination. We also meet Spencer Gabriel (Peter Norris) and his band "The Love Machine" and Spencer's long suffering and slightly bitter girlfriend, Lorraine (Sue Derrig).

Roddy is typical of the time: the highlight of his week being Saturday night at the disco. He desperately wants to break into the music business and dreads the thought of being trapped into humdrum coupledom.   He philanders his way through the first half and reaps the consequences in the second.   Long suffering Debs realises she can't rely on him and he doesn't understand just how much he's let her down until this is accidentally revealed by Terry.

Roddy and his father have a tempestuous relationship but this provides a lot of laughs along the way. Eamon is skilfully and hilariously played by Howard G Raw who has comic timing and excellent delivery. He also wears a pair of horrendous long johns...don't look too closely at them or your stomach may start to churn. Eamon gives a very moving rendition of "Always on my Mind" - this was the only part of the show where you could have heard a pin drop.

Peter Norris as Spencer Gabriel provides one of the biggest laughs of the night when he is left standing in a pair of gold lamé hotpants. Where to look?!

Dean, the club's resident DJ (Jack Rawstrong) endeared himself to the audience at one point when he exited right instead of left, then corrected himself by saying "the door's that way". This brought him a roar of laughter from the audience. Unfortunately it was at a particularly tense moment but all the cast were consummate professionals, no-one corpsed!

The show is performed in the round, the intention being to involve the audience and make them feel part of what's going on. This works very well. The set is simple but well thought out.   The dance floor is the focal point and very impressive it is too - a la Saturday Night Fever!

Every possible popular 70s disco song that you can think of is in this show. There is also some audience participation when YMCA makes its predictable but welcome appearance.

If there is one small criticism to be made, it would be that the choreography doesn't match the standard of the performances but that can be overlooked as the infectious enthusiasm and sheer joy of every single cast member is the overriding factor here. The cast are clearly having fun and want the audience to share it with them. Their energy is boundless. The male cast members should all be praised for their masterful command of platform shoes in a built up area!

Special mention should be made of the performances of James Cockerill, Peter Norris, Matt Roughley and Howard G Raw who would certainly not be out of their depth on a West End stage.

If you want a feel good, fun night out that will leave you smiling (and singing), put some blue eye shadow on, climb into a pair of silver platform shoes and get down to the Quays Theatre! 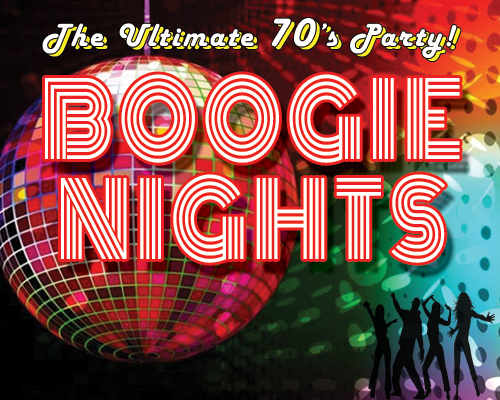