Shining a Light On An Ugly World

tutti frutti have won an international reputation creating work where young minds can enjoy the thrill of live theatre often for the very first time.

This time artistic director Wendy Harris and her Leeds based team have made a new version of Han Christian Andersen’s classic fairy tale The Ugly Duckling, and award winning TV writer Emma Reeves has joined the company once again to adapt it.

But this is tutti frutti so there is a twist to this classic aimed at 3 to 7 year olds, which opens at York Theatre Royal on Thursday 28 September before heading off an extensive national tour.

“It’s about a duckling who finds he looks different from the other ducklings, and they don’t accept him because he doesn’t fit in, so he goes searching for his place in the world,” says Emma.

“Eventually he finds a place with the swans when he discovers he is one. In our version that’s not quite the end of the story as he goes back to see mummy duckling as we felt like that was unfinished business, so although he is flying off with the swans I didn’t want him to forget his roots.” 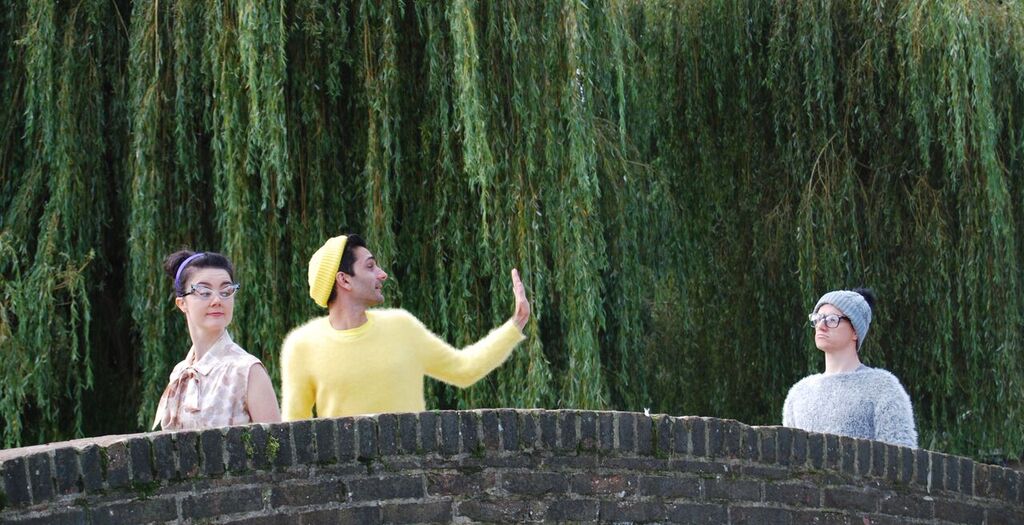 The reason why tutti frutti are so innovative is that they understand that inquisitive young minds can take in some complicated themes, which raise helpful questions about their own experiences in the ever more complicated world they are growing up in.

“I didn’t want him to find out he is a swan, and think I’m better than you now, even though the ducks might have deserved it. I don’t want to say what you are can only be based on what you are biologically.

“Mummy duckling admits she knew he wasn’t a duckling all along, but she took him in because he was alone, and this egg was abandoned so she wanted to help out. It’s pertinent to a lot of things.”

Reeves has just picked up the British Screenswriters award for her hit CBBC shows Eve and Worst Witch - which are aimed at an older group of children - so this is a writer who is really stepping out of her comfort zone as she tackles some topics that often challenge adults too.

“It’s quite difficult as I mostly write for 6 to 12 year olds so I’m guided by Wendy and the team,” notes Reeves.  “I’m always conscious of not patronising audiences assuming they can get quite a lot out of it so you can ask interesting questions. You don’t want to get too bleak or scary for that audience, but questions of identity or your place in the world work as between 3 and 7 is the prime questioning age when they question everything.

“Children being transgender, or feeling different, is a big issue at the moment and the play isn't about that, but it is about accepting difference and people being who they want to be.”

So what can the young theatre goers - and the big people they are bringing along with them - expect when they gather round the duckpond?

“Like most of tutti frutti’s work it has three very hard working actors, musicians and puppeteers. It is a big challenge because we have three actors, and this play is about someone not fitting in with their peer group, so we've got some duckling puppets.

“There's a lovely set, a giant egg, lots and music and songs with actors playing all the roles so there's a lot of imagination and storytelling in this production. It may be their first experience of theatre so it's exciting for the children to see live actors doing the show right in front of them and interacting with them.”