Oz is ruled by a woman in Blackpool

Since the moment Dorothy stepped on the yellow brick road to find the Wizard of Oz that role has been played by a man but now a new production of this timeless classic is challenging that gender stereotype.

The RSC’s adaptation of L Frank Baum’s story of the red shoed heroine and her motley crew of friends seeking redemption is now on at Blackpool Opera House, and former opera singer Kate Milner-Evans is playing the Wizard.

“I’m in good company with Jodie Whittaker playing Doctor Who, so this is a thrilling opportunity to play the Wizard as a female,” notes Kate. “Straightaway when it came down as a man or woman playing the role my agent encouraged me to go for it.

“When you do a bit of research, I always knew about Amelia Earhart as a female aviator, but I didn’t really take in what was going in the balloon industry in the nineteenth century. Straightway on Google it comes up with women who were pioneers in the early days of hot air ballooning. 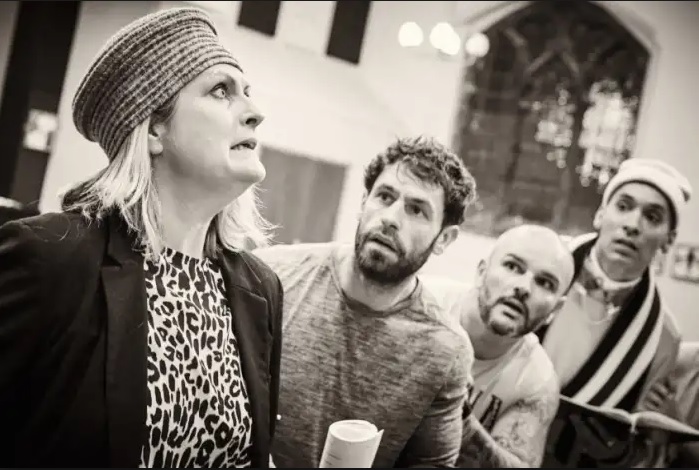 “There was a wealth of female balloonists in that period starting off as the first female dual partner with a man then flying themselves. Quite a few of them plunged to their deaths, which wasn’t very nice, but nonetheless it was easy to make Professor Marvel who started off as a balloonist in the circus a female.”

This is Kate’s first major role as an actor since she left the world of opera singing she trained in when she was at the Royal Northern College of Music. Kate has been putting in plenty of work in to develop her character, especially as the audience will be used to seeing the role played by a man, but she think the book’s author wouldn’t be losing any sleep over the gender switch.

“I’ve done a nice backstory as Frank Baum had a strong connection to the suffragettes and his mother was a well-known leader of that movement. So I think throughout the book he give clues, and one of the biggest is when Dorothy asks a character about whether he Wizard is a nice person or not. The character answers ‘whether the Wizard be a man or woman is not known.’

“I have looked at picture of circuses with only men, but I found one with a woman in the middle dressed as an acrobat, so I thought that was me. Once I had that basis the idea became very real and I probably wouldn’t want a man play this role every again.

Given how much people love the iconic movie the producers have worked hard to bring a top quality team to Britain’s favourite seaside resort, including Emmerdale legend Kelvin Fletcher as the Tin Man, and X Factor’s Holly Tandy playing the role made famous by Judy Garland.

“It’s a very strong cast and I’m loving watching Holly develop, every time she sings the room stops as she has a presence in her voice. Her Over the Rainbow is breathtaking and the ensemble is very, very good.”

The Wizard of Oz is at Blackpool Opera House to Sunday 30th December. To book go www.blackpooloperahouse.co.uk or 08444 8561111.