Nick Ahad goes back down memory lane for Redcoats

‘Our True Intent Is All For Your Delight.’

That slogan created by Sir Billy Butlin when he built his holiday camps offering post-war families cheap breaks influenced generations of kids and none more so than playwright Nick Ahad.

He was a regular at the Skegness camp where all the entertainment was free, and an army of cheery Redcoats got their first break in showbiz entertaining families all day long throughout the season. These formative experiences have inspired Nick to pen Redcoats for Huddersfield’s Mikron Theatre as a tribute to those happy times with his siblings.

“It is Redcoats telling the story of Butlins, so the concept is you are going behind the scenes where they are rehearsing a show about the history of Butlins,” says Nick. “It is a romp through 80 years of Butlins history, about where they came from and why it existed in the first place. It’s also about the fact it was more than a holiday camp as Butlins actually tells us a huge amount about British society. 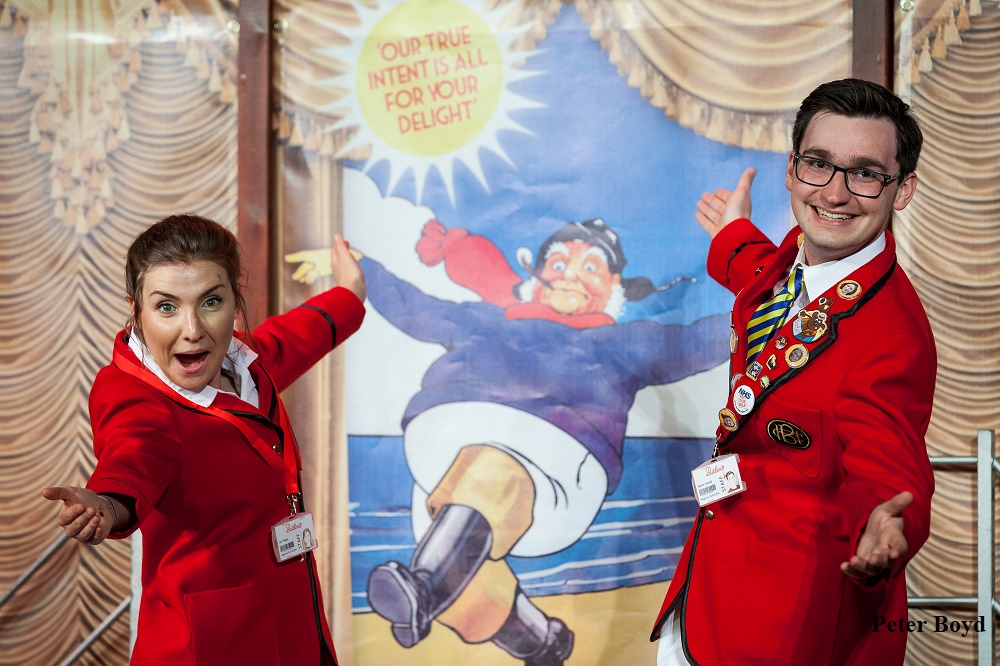 “It’s about class, the rights of workers, and, honesty, it is just a huge amount of fun around the heyday of the British seaside holiday when Laurel and Hardy, Gracie Fields and anyone you care to name visited these holiday camps playing to millions of people who were going through the doors.”

The Butlins empire may now be slimmed down to three camps, but the Redcoats are still there entertaining families looking for an alternative to overpriced chalets in the woods where you virtually have to pay to breath. When Mikron’s Artistic Director Marianne McNamara came to Nick with a list of possible topics that he might write about she was in for a bit of shock at his choice.

“On the list was Butlins and I said that, although it wasn’t something I talk about in my writing, I went to Butlins in Skegness 14 times in a row,” recalls Nick. “It was our annual holiday, and it has defined me as much as being mixed race, working class or being from Keighley. Butlins is a huge part of my story, so I think Marianne was surprised when I reacted to it, but I said you won’t anyone who has a fonder, more intimate, connection than me unless they were a Redcoat.

“If you come and see the play in the programme there is a picture of me in the Bonny Baby competition, which I won, when I was about two so that would 1981/2, and I came second in the Picture of Health competition when I was about seven. We used to hire BMXs, go karts and I was part of the Beavers Club which a kid’s club.”

Panto is often seen as the gateway drug into theatre for many kids, but for the former theatre critic of the Yorkshire Times it was the free shows offered as part of Billy’s egalitarian vision of affordable holidays that sparked his lifelong love of showbiz glitz and glamour.

“For me the massive, massive thing was that there was a place called the Gaiety Theatre and there was a free show every single night. Every night me and my brother, who is two years younger than me, were allowed to go to the theatre, and I remember seeing Keith Harris and Orville, Cannon and Ball and the Krankies.

“Looking back it was actually my first experience of going to the theatre and I just loved going to the Gaiety. I remember really specifically seeing Keith Harris and I was just about old enough to know Orville was probably a puppet. But then Orville came onstage on his own, I know now it was probably a remote controlled car underneath, but it blew my tiny mind. It was one of those magical moments in theatre where you go, I don’t what is happening in front of me, but I’ve never felt this excited in my life. Getting access to that for free was and is massive. 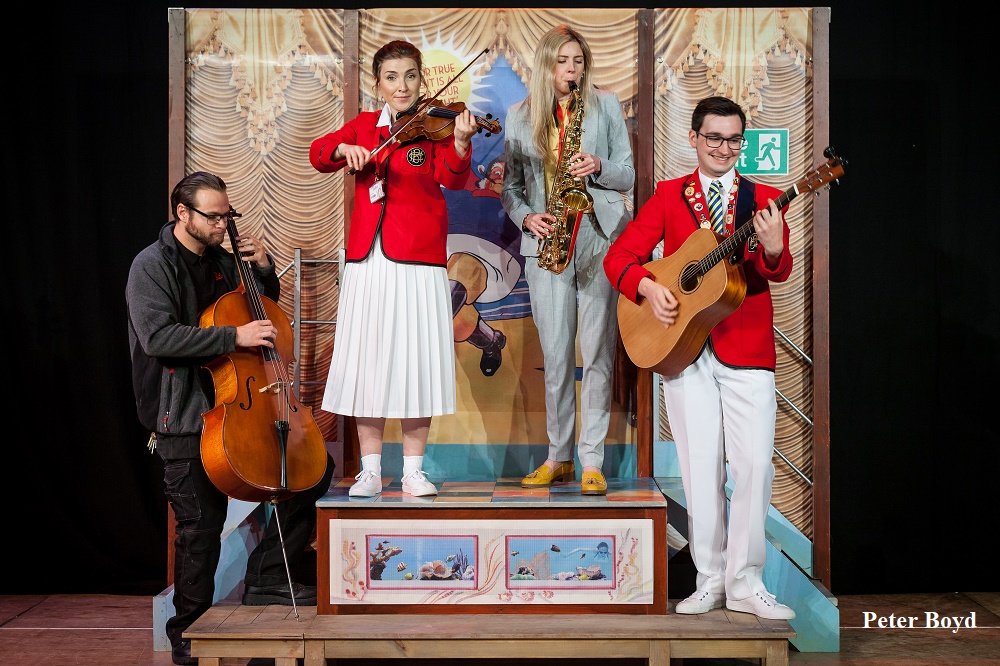 “I didn’t realise how working class I was until looking back on my life in retrospect as my mum was a cleaner and my dad was a bus driver. I realise now that we don’t have a lot of money but going to Butlins for a working class lad from Keighley meant didn’t matter as I could afford to do just as much as anyone else.”

To this point much of Nick’s work has been fired by his experiences of being mixed race in working class Keighley, but ironically looking back at his carefree times at Butlins sparked a different feel to Redcoats.

“Race and racism has always been a big part of my life but it’s not part of my memories of Butlins and I don’t know why,” muses Nick who has clearly never thought about this before. “If you talk to me about school, or my first jobs, racism is always there, but that doesn’t have any connection with Butlins. I’m not saying it was some kind of utopia where it didn’t exist, but I guess we were so busy having a brilliant time that it almost didn’t matter.

“I guess we probably looked a bit weird as a mixed-race family, but my dad had always been really good at assimilating, and that is one of the places where his powers of assimilation were really useful as we just blended in. I don’t ever remember standing out or feeling different at Butlins. That thing about people looking down their noses at Butlins is if you do that it is purely because you haven’t had a working-class upbringing. You can’t have grown up knowing that money is tight and have anything but love for something like Butlins.”

Anyone who has seen Nick’s often angry, but always funny, work in his new career as playwright, or a budding stand-up comic, might not think that he is a natural partner for Mikron’s gentler, if no less punchy, reflection on what make us British. Not so, says Nick, as the four strong cast are currently aboard Mikron’s narrowboat Tyseley navigating the country’s canal network playing back to basics venues that include village halls and local allotments.

“People might look from the outside and on the face of it we don’t appear to be a good fit, but if you know my story it makes perfect sense. I love the company and the way they are keeping a tradition alive that is hundreds of years old because they are players who pitch up to tell the story.

“To do that and to have something to say about the history of Britain means it is a genuine privilege to write for a company that has been around for almost half a century.”