When Shirley Valentine hit the big screen Pauline Collins’ brutally honest portrayal of a middle aged Scouse housewife finding herself won her an Oscar nomination and now the stage version is back at Bolton Library.

Mina Anwar is the latest actor taking on this demanding one woman show and she visited Willy Russell who wrote the play with a special request.

“I have reset it with Willy’s very, very special permission and guidance from Liverpool to Lancashire,” says Mina. “I’m from Accrington so it’s in my accent. The fact that Willy has given me his blessing to reset it is quite amazing.

“I sat with Willy and it’s always brilliant talking with writers about their work, and such a great privilege to have living writers who have written such iconic pieces that still stand up and feels very contemporary about women. I feel the Lancashire accent lends itself to the piece, and I had to read it to Willy who really enjoyed it. It’s set in 1991, so it’s a period piece in a way, but it also feels, very, very, very current about the different things that women feel at that time in their lives.” 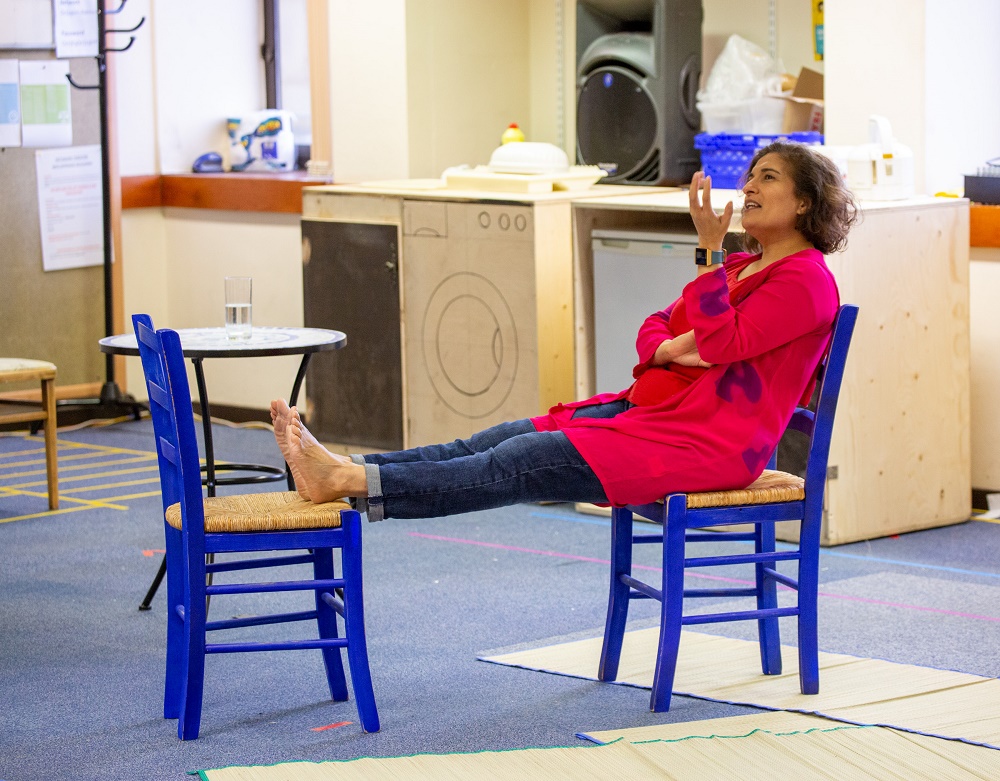 This is the last play the team at Bolton Octagon are creating offsite before the theatre’s multi-million pound development project is completed later this year. When their artistic director Lotte Wakeham decided to bring Shirley to Lancashire she knew Anwar was the perfect choice to play a woman at a critical crossroads in her life.

“It took me all of five seconds to say yes but it is over 15000 words. You are onstage on your own, and in 30 years acting I’ve never been interested in doing a one woman show because I like working with other people. I love reacting as much as acting, and telling stories.

“It’s a one woman show and a monologue from a woman talking about the different people in her life. Her husband, her friends, the woman from next door and then she goes to Greece. What she says is where did she disappear? Did she disappear inside all this unused life? Shirley suddenly finds she likes herself again.”

Anwar has a long career on the small screen since her debut with Rowan Atkinson in the comedy Thin Blue Line and has appeared in Doctor Who. But she is also a trained musical theatre performer and originated the role of Ray in smash hit musical Everybody’s Talking About Jamie, which transferred from Sheffield’s Crucible Theatre to the West End.

“What happens is people get to know you on TV but I’ve seen singing since I was four,” notes Anwar. “Doing Jamie was brilliant because I loved the story, the script and the songs were brilliant. It had a hop hop dance vernacular, which is everything I love, and it was northern as it was set in Sheffield.

“It’s funny, and the heart of it was a subject that has caught the imagination of the public at the moment. It’s always a privilege when you originate something because the strong beats are yours.”