A twist on Oliver at Leeds Playhouse

Theatre and especially publicly funded venues should be accessible to all which is why six of our biggest companies joined forces to create Ramps on the Moon.

The idea is quite simple – each of the companies will hire a mix of disabled and non-disabled actors and practitioners to annually produce a big production that will then tour to the other spaces.

This time round it is the turn of Leeds Playhouse who made physical accessibility a cornerstone of their recent multi-million pounds refurbishment. Now their Associate Director Amy Leach is developing a Charles Dickens classic with an integrated cast and including British Sign Language (BSL), integrated captions and audio description to make it a full experience for everyone who buys a ticket.

“It felt to me that Oliver Twist is a great one because you can tell it in a very ensemble storytelling way, so I could immediately imagine how you’d entwine BSL with English in that,” says Amy Leach fresh from challenging rehearsals. “You also have a variety of characters so you can show off versatility, particularly of disabled actors who often get cast in one particular type of role. It has real scope for weaving all these different access elements into it.”

Accessibility comes in all sorts of ways, and that includes the text, which in Dickens is famously dense and often convoluted. So Leach added some extra firepower hiring the vastly experienced Bryony Lavery to write an adaptation that stayed true to the original story, but was more open to what is likely to be a very mixed audience.

“The one thing I realised talking to deaf artists and to learning disabled companies was that Dickens’ language is really inaccessible, and it’s really inaccessible for anyone to be honest. If you try and sit down and read a Dickens, it’s quite hard going for anybody.

“If English isn’t your first language, and BSL is a completely different language in its own right with a different grammatical structure, it’s quite impenetrable. The same for lots of people with learning disabilities who maybe struggle more with text it’s quite difficult, so the best thing was to commission a brand-new adaptation, which was the first time Ramps has done this.”

Leach should be applauded for really stepping out of her comfort zone but anyone who seen her work knows she brings a keen intelligence to everything she does. And typically, she found a fascinating new angle for audiences will perhaps be more familiar with Lionel Bart’s Oscar winning musical.

“We did a big workshop last year where we explored the story of Oliver Twist and the use of sign language in that,” recalls Leach. “We are setting it in about 1890, a bit later than the original version, and the reason we are setting then is because in 1880 there was a major conference in Milan of educators of the deaf who banned the teaching of sign language.

“So in Britain sign language was effectively pushed underground, didn’t get taught and the impact of that conference is still being felt on the deaf community today. That’s really interesting in terms of the impact on the characters in our story because our Oliver is deaf, and in the book lots of things happen to him. In our version Fagin, Bill Sykes and Dodger are all deaf so the gang’s dominant language is BSL.”

The longer term aim for all the theatres is that the way they approach accessibility is changed from top to bottom. That process is added by a Ramps On The Moon Agent For Change embedded in each company, but it means theatres thinking differently about every part of their operation from booking accessible accommodation to how rehearsals are facilitated.

Leach has been on a steep learning curve preparing to take on this big challenge which would be daunting even for the most experienced director.

“Before taking on Oliver I’ve tried to practice and try my hand at lots of different things,” notes Leach. “I’ve done a deaf friendly Christmas show, I’ve done two shows with integrated audio description, so l’ve been trying to pack on the muscle ready for this show.

“Trying to take everything on all at once would have been completely overwhelming. What I will take away is it becomes a bit addictive, because once you have made something accessible for a group of people then I can’t really go back to what l was doing before.”

And for Leach this production isn’t just a chance to really push her own practice but to be part of another big step change towards fully accessible performances at all venues across the country.

“It really feels like it’s the future of theatre as it is a really growing area and more and people in the UK are getting excited. It’s really thinking about access as a creative layer rather than as an add on tool. Instead of thinking when are we doing the access performance, it’s asking what is the creative potential of integrating these elements.” 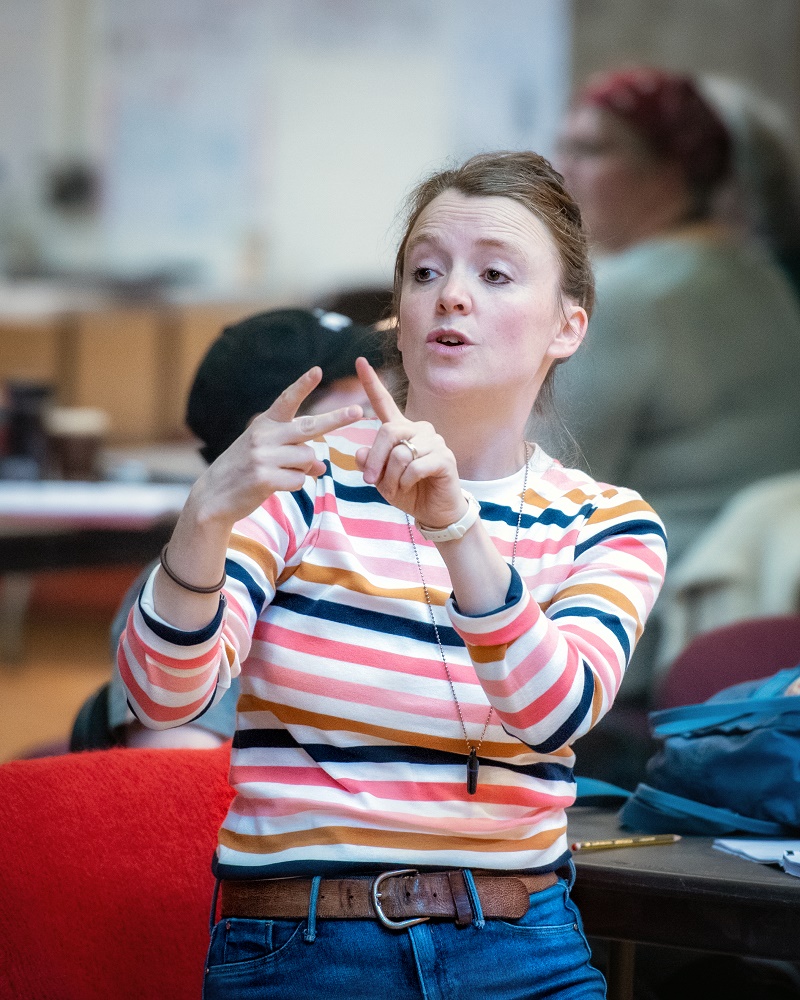