Black Ice Heads For The Kings Arms In Salford 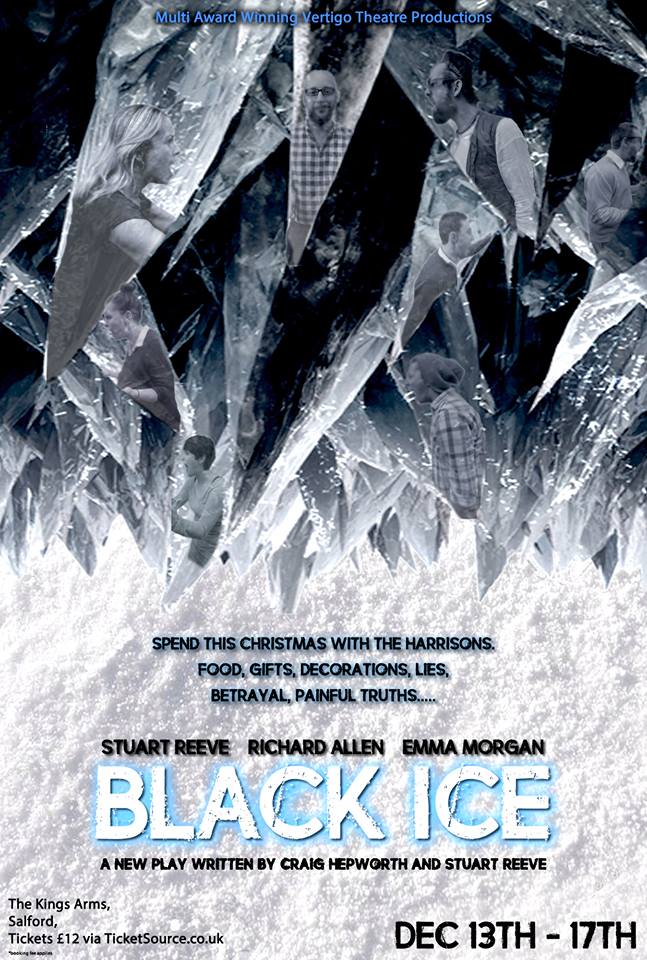 Brothers Bill and Jonathan Harrison experienced nothing but disapproval, violence and mental abuse from their parents when they were growing up, when they could, the boys left the house to start a fresh and never speak of the hell they went through and what they heard in that house. Now as adults and one with his own family, this year’s Christmas will take place in the very house they ran from as kids. With their parents recently deceased, Bill tries to have the Christmas he always wanted in the family home that he always despised. However dark secrets haunt this family, secrets that could rip them apart, but whilst the dark cloud lingers over the house, The Harrison's will never be able to move forward, and at this Christmas family gathering the truth will reveal itself and everybody will be changed forever.

From the multi award winning writer and Director Craig Hepworth and his co-writer Stu Reeve, ‘Black Ice’ takes a look at family and how the past can affect the future and how secrets can be destructive to all involved.

With a stunning cast, Black Ice promises to be a night to remember for audiences and a night that will change everything for The Harrison's.

Tickets are already selling fast with the Saturday the 17th Performance already sold out and most of the other night’s half sold out, so don’t delay and book your tickets today.

The Cast of Black Ice

More information about Vertigo Theatre Productions can be found at their website http://www.vertigotheatreproductions.co.uk