Carolyn Maitland will join Bill Kenwright’s production of the timeless story of love, despair and hope, GHOST - THE MUSICAL, in the part of Molly alongside Andy Moss as Sam. Taking its inspiration from the classic movie, this innovative reimagining features an expanded book, new music and original staging, and will continue to tour the UK in 2017, starting at the Orchard Theatre in Dartford on 17 January.

Musician and actor Andy Moss, best known for the role of Rhys Ashworth in Channel 4’s Hollyoaks, one he played for 8 years, will continue to wow audiences around the UK as ‘Sam’. His credits also include Cutting It, Coronation Street and most recently he appeared as Paul Cuthbert in the long running BBC soap opera Doctors.

The Double Academy Award winning movie is a huge success story, both critically and at the box office, where it was the highest grossing film in the year of its release. It starred the late Patrick Swayze, Demi Moore, Tony Goldwyn and Whoopi Goldberg and was directed by Jerry Zucker. Bruce Joel Rubin's script won the Oscar® for Best Original Screenplay and Whoopi Goldberg won the Oscar® for Best Actress in a Supporting Role. The film's most iconic and moving scene was famously performed to The Righteous Brother's Unchained Melody, which also features in the musical version.

Walking back to their apartment late one night a tragic encounter sees Sam murdered and his beloved girlfriend Molly alone, in despair and utterly lost. But with the help of a phony storefront psychic, Sam, trapped between this world and the next, tries to communicate with Molly in the hope of saving her from grave danger…

Bill Kenwright said; “Ghost is a story full of hope, and is one of those films which never leaves you. The book by Bruce Joel Rubin and score by Dave Stewart and Glenn Ballad come together wonderfully in one of my favourite new musicals in years.”

Bruce Joel Rubin said; “This is a show with such a strong emotional and musical life that it can mould to many visions and interpretations. It can be performed on any scale, and its vibrant heart will still captivate an audience and allows the imagination to flourish. It is purely theatrical in the greatest sense. We are very excited by the potential that the new version holds”. 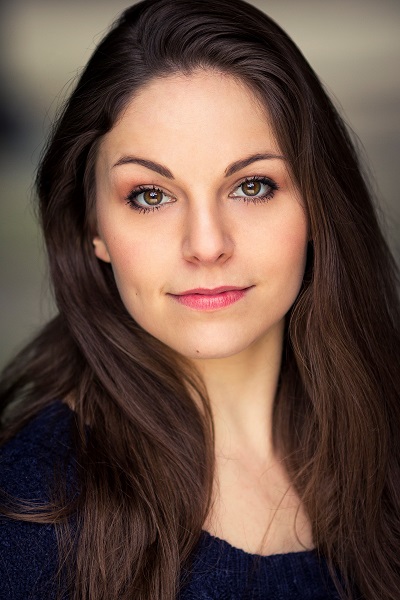 Music and Lyrics by DAVE STEWART AND GLEN BALLARD

Based on the Paramount Pictures film written by BRUCE JOEL RUBIN