A New Season Launches at The Grand Theatre, Blackpool

Tis the season for launches of the exciting news seasons of theatres up and down the country but where better to preview a sensational new season than the North West?

The beautifully ornate auditorium of The Grand Theatre in Blackpool played backdrop to the theatre’s 2017 Spring/Summer season press launch, attended by members of the media, trustees, supporters, performers and a few other special guests. With refreshments and a buffet, attendees entered through the stage door straight onto the boards trod by many a personality and variety act and were given the opportunity to mingle and use iPads to read of the forthcoming season.

After settling in on the stage, Chair of their Board of Trustees, Anthony Stone welcomed everyone with a few current affairs-themes puns (Trump) making reference to the impressive format in which the marketing team had excelled themselves in organising the event. He then handed over to, after introducing, Chief Executive Officer Ruth Eastwood.

CEO Ruth is clearly, and rightly so, passionate about the theatre and arts and revels in the element of her role that qualifies her to assist in the selection of pieces for the theatre’s programme. Along with musicals, plays, children’s, comedians and comedies, Dance is a huge part of the USP of the theatre in that they are the hub of the craft for the area, welcoming and working with the likes of Matthew Bourne (Early Adventures - 21st&22nd March), Gary Clarke Company (COAL - 29th March), Ballet Theatre UK (Alice In Wonderland - 14th May), Northern Ballet (Goldilocks and the Three Bears - 30th March) and - commonly mentioned throughout the day - Breaking Convention (Sadler’s Wells) on 27th May. Between her opening remarks which included news of the restoration of the site’s original blueprint through the landlord’s reclamation of shops that are around the edges of the theatre, and detail about some of the shows making up the first half of this year’s timetable, we were showed a promotional video culminating a few of the more impressive and perhaps lesser-known productions. 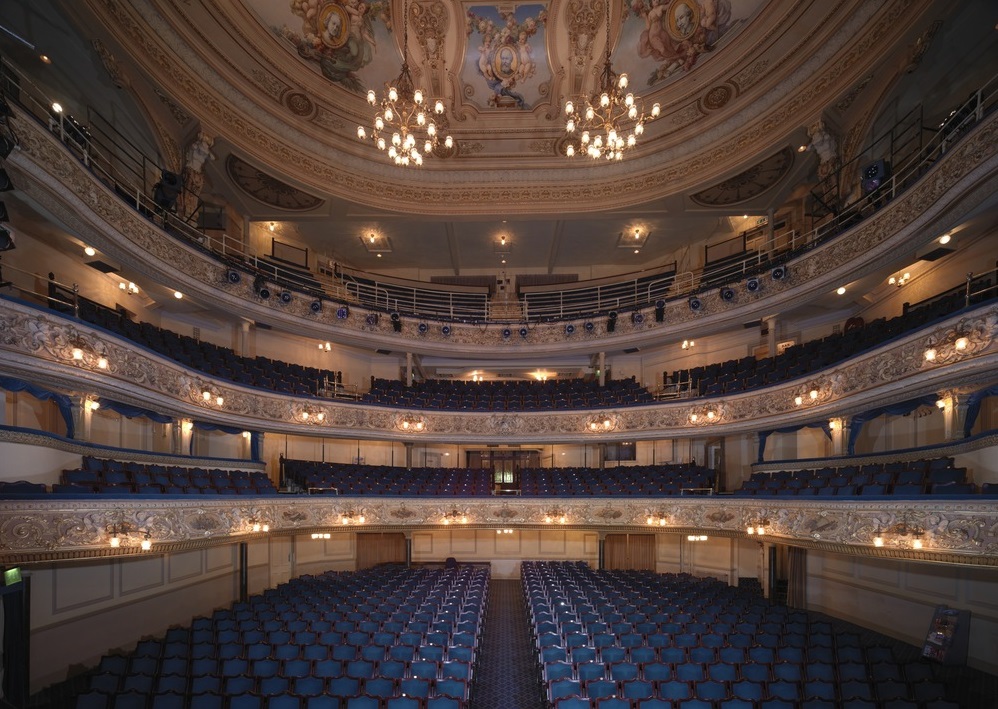 In the CEO’s prologue of the theatre’s brochure, she encourages that “if you only get one chance to come to The Grand this year make it Running Wild by Michael Morpurgo (4th-8th April).” An “evocative adventure about love, loyalty and loss”, after entertaining crowds at London’s Regents Park Theatre courtesy of the team behind War Horse, it tells the story of Lilly and what happens when she gets the chance to ride an elephant called Oona. Each other character in the show is, as with Morpurgo’s story of Joey the horse during the war, an incredibly designed and operated puppet.

A show of similarity in puppetry and theme is that of producer Tom O’Connell (and Limelight and Polka Theatre) and War Horse puppetry director Matthew Forbes. Children’s morale classic and favourite ‘Babe the Sheep Pig’, adapted from Dick King Smith’s book by Olivier Award-winning David Wood, stops at the theatre from 6th-9th July during its UK tour (before Australia), with a brand new soundtrack including dialectal colloquialisms from areas like Cumbria where farmers actually used the expressions. With a cast of around eight, this multi-part-playing is genius and outstanding, much like that of The 39 Steps.

Another show that Ruth was super keen on is Jessica Swale’s Nell Gwynn, a warm-hearted bawdy comedy from Shakespeare’s Globe which was awarded Best New Comedy at the Oliviers, telling the story of an unlikely heroine who went from lowly orange seller to win the adoration of the public and heart of the King. 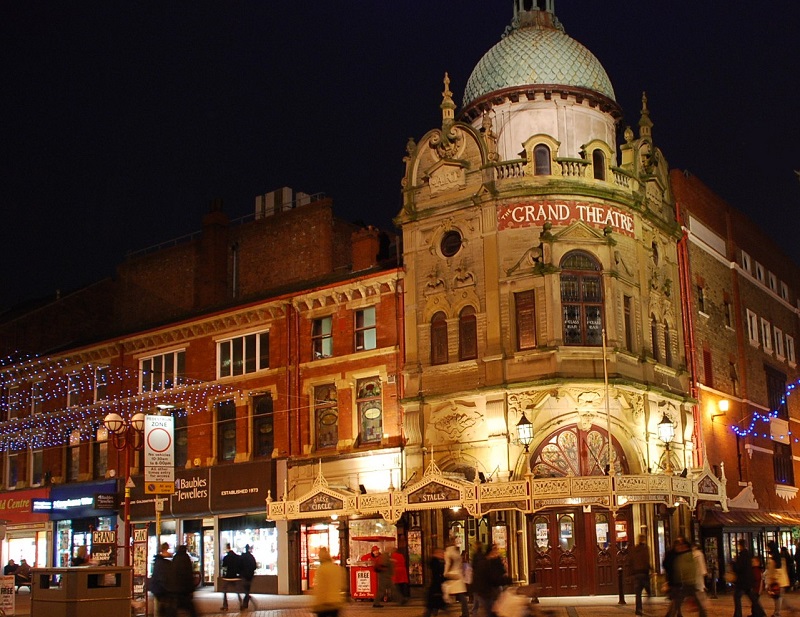 We will come back to the schedule of event shortly with all remaining shows but, after a presentation of the magic of Babe from the producer and puppet director, we had the pleasure to hear from Celine Wyatt, Creative Learning Manager, who, as well as championing Babe, talked passionately and confidently about the theatre’s schools outreach programme (41 schools?!) and their partnership in supporting Young Carers, both ensuring young people are enriched with insight, knowledge, experience, confidence and the chance to see live theatre as well as part of it. Schools Alive takes place from 6th- 9th February. Local women will also be brought in for one of the season’s productions.

Other highlights from the season ahead include a kick off with Handshake’s Walk Like A Man - the ultimate celebration of Frankie Valli and the Four Seasons (25th July - 27 August), as well as Anita and Me starring Shobna Gulati (7th-11th March), Dramas like Strictly Murder (25th-29th April), Our Man In Havana (4th-6th May), Kiss of Death (11th-13th May), Waiting For God starring Roy Judd and Nichola McAuliffe (20th-24th June), Dancing at Lughnasa (28th June - 2st July) and Willy Russell’s Shirley Valentine starring Jodie Prenger (11th-16th September) and amateur productions such as Blackpool Operatic Players’ Made In Dagenham (19th-22nd April), Blackpool and Fylde Light Opera Company’s 9to5 (31st May - 3rd June) and Blackpool and Fylde College’s The Pajama Game (8th and 9th June) and Medea (6th June).

Finally, the Operas on offer are as follows: Puccini’s La Bohéme (13th February) and Tosca (10th June) and Mark Murphy’s V-TOL presents Out of this World aerial choreography (9th May) completes the line-up.

For all details around the theatre and the forthcoming season, visit www.blackpoolgrand.co.uk or follow their social media.