Following the run in Birmingham, the show will tour the UK and stops off at Manchester Palace Theatre for one week only from 29th November and tickets are already on sale.

Debbie Isitt said today "I am absolutely delighted to be working with this incredibly talented and hilariously funny musical theatre cast who are going to be brilliant in Nativity! The Musical.  It truly will be an emotionally soaring, feel good experience with beautiful singing and amazing choreography."

Daniel Boys most recently appeared in “The Boys in the Band” at the West End’s Vaudeville Theatre. His other West End credits include “Avenue Q” at both the Gielgud and Noel Coward Theatres, “Sweeney Todd” at the Royal Festival Hall, “Grease” at the Victoria Palace, “Spamalot” at the Playhouse and “Rent” at the Prince of Wales. Daniel was also a contestant on the BBC’s “Any Dream Will Do”. 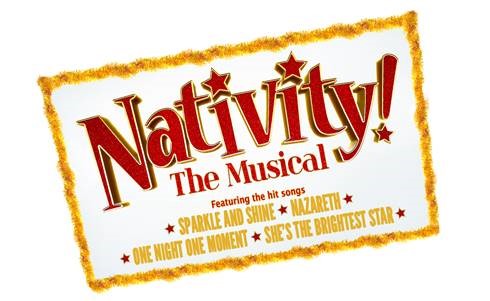 Sarah Earnshaw was in the original London cast of “Wicked” at the Apollo Victoria playing the leading role of ‘Glinda’ on many occasions. Her other West End credits include “Scrooge” at the London Palladium and “Spamalot” at the Playhouse. Sarah has also appeared in “Travels With My Aunt” at the Chichester Festival Theatre.

Simon Lipkin played ‘Nicky’ and ‘Trekkie Monster’ in the original London cast of “Avenue Q” at the Noel Coward Theatre and was most recently seen in the West End as ‘Nathan Detroit’ in “Guys and Dolls” at the Phoenix Theatre. His other West End credits include ‘Lonny’ in the original London cast of “Rock of Ages”, ‘Barlow’ in “I Can’t Sing” at the London Palladium, the title role in “The Lorax” at the Old Vic Theatre and “Assassins” at the Menier Chocolate Factory.

Every child in every school has one Christmas wish, to star in a Nativity, and at St Bernadette’s School they’ve decided to mount a musical version! Join teacher Mr Maddens and his crazy assistant Mr Poppy as they struggle with hilarious children, unruly animals and a whole lot of sparkle and shine to make everyone’s Christmas wish come true. Featuring all of your favourite sing-a-long songs from the smash-hit films including Sparkle and Shine, Nazareth and One Night One Moment. NATIVITY! THE MUSICAL promises to be the perfect feel-good comedy for all the family.

Written and Directed by Debbie Isitt with music and lyrics by Nicky Ager and Debbie Isitt, NATIVITY! THE MUSICAL is choreographed by Andrew Wright, designed by David Woodhead, with lighting design by Tim Mitchell, sound design by Tom Marshall and musical supervision and orchestrations by George Dyer.

The NATIVITY! film series is one of the most popular UK Christmas film franchises of recent years. Written and directed by the Bafta Award-winning writer and director Debbie Isitt and produced by Nick Jones through Mirrorball Films and distributed in the UK by eOne, NATIVITY!, NATIVITY 2 DANGER IN THE MANGER! and NATIVITY 3 DUDE WHERE’S MY DONKEY?! have all gone on to reach top box office positions on theatrical release and sold nearly 2 million DVDs, capturing the hearts and minds of families all over the UK.