The Little Mermaid Swims Into Liverpool This Christmas

The Everyman & Playhouse have announced that this year’s legendary rock ‘n’ roll panto at the Everyman will be The Little Mermaid. The play will run at the Hope Street venue from Saturday 25 November to Saturday 20 January. Regular writers Sarah A Nixon and Mark Chatterton have adapted the well-known tail that never flounders. With a live band, plenty of belly laughs and more than a few surprises The Little Mermaid is the perfect festive treat.

Among the cast will be notorious dame Francis Tucker and master of mischief Adam Keast, who will once again bring the audience to their feet to dance and cheer or avoid a soaking. Unlike any other panto in the city, our multi-talented cast sing, dance, entertain and play music live and are sure to make The Little Mermaid shrimply the best for all ages. 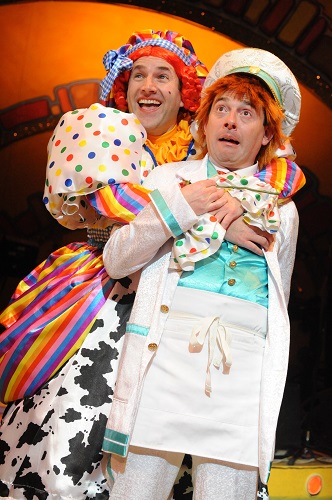 Audiences will be treated to plenty of water, flying and special effects, all inside the Everyman’s famous three sided auditorium that always delivers a whale of a time. You’ll also be able to see your fellow audience members dancing and get close to the action. Sea-mail your friends and get on the shell phone now to book for some enchantment under the sea.

Artistic Director Gemma Bodinetz said: “Our much-loved rock ‘n’ roll panto is famous for fantastical plots, hilarious puns, dazzling singing and musicianship, all wrapped up in a magical bundle of joyous anarchy. It is as much a party as a show, full of families and laughter, magic and fart gags.”

Once again the rock ‘n’ roll panto will include an autism friendly/relaxed performance which increases in popularity every year. This year’s show will be staged on Monday 15 January. There will also be a range of other performances for audience members with access needs including British Sign Language, captioned and audio described performances during the run.

So dive in to your wardrobe for your laughing trousers, break out the glitter and wave your flashing wand as the legendary rock ‘n’ roll panto shakes, rattles and rolls at the Everyman once more!

Public booking for The Little Mermaid will open on Monday 15th May at 11am.