Lovehistory's Trial By Jury Returns With A Brand New Case

After the massive success of its initial launch earlier in the year, Lovehistory return with Trial By Jury with a brand new court-case next week.

This compelling immersive theatre production put’s the audience in the driving seat and gives them the power to decide the fate of those on trial. Guilty or not guilty? You decide!

The exciting courtroom drama is brought to life by history specialist theatre company Lovehistory – the creative minds behind The Catacombs of Liverpool’s Darkest History Tours and Murder at St George’s Hall Series.

Set in the courts of St George’s Hall and County Session House where many infamous Liverpool cases were once tried, this is the perfect evening for any amateur sleuth. Put those detective skills to the test as details of a real-life historical court case are revealed. 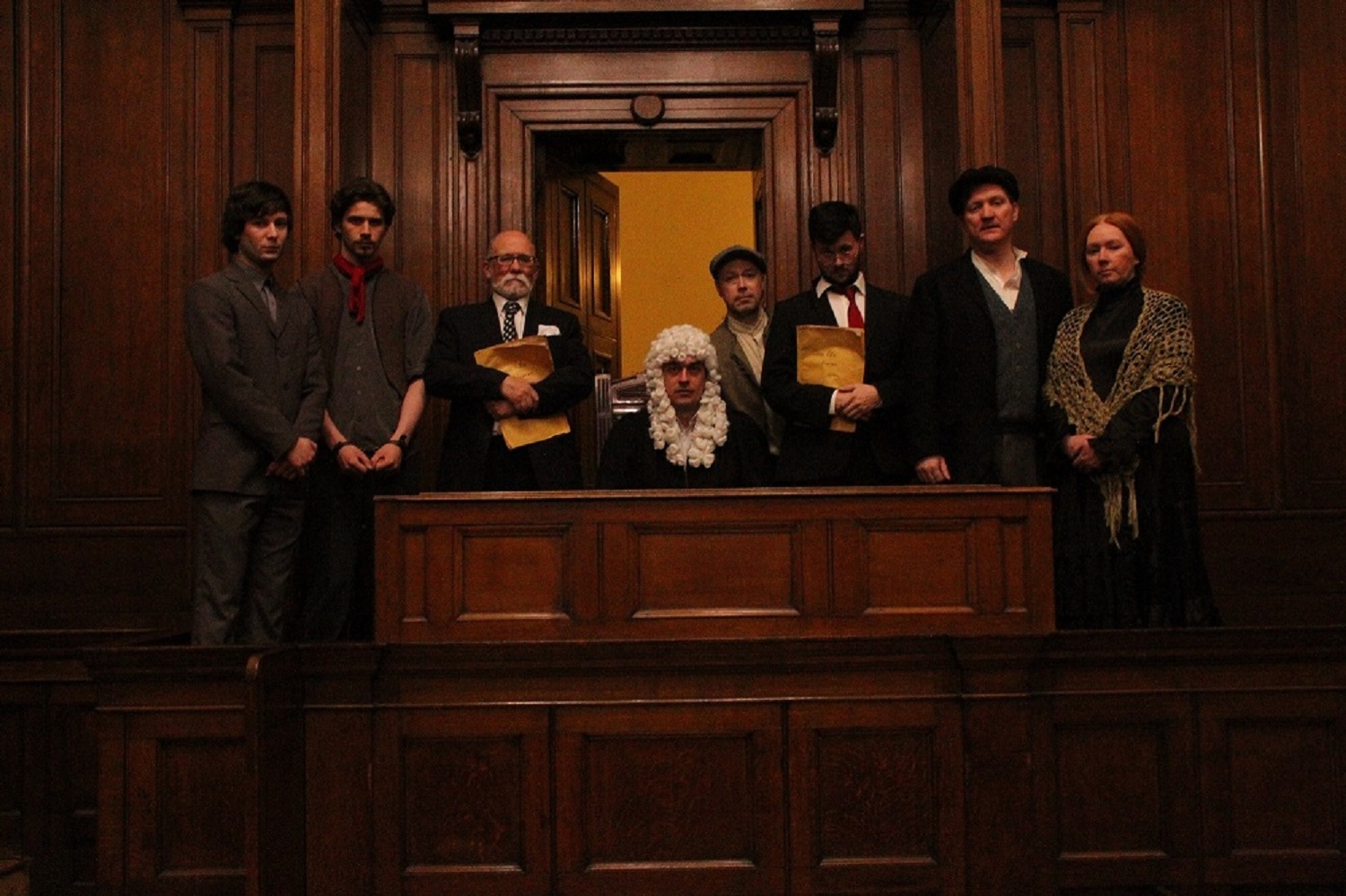 The evening commences with audiences being witness to a grisly historical murder. The full details of the crime will then be revealed through compelling performances, re-enactments and narrated by a very own Sherlock Holmes style detective who will piece together the full story and gather the evidence for the trial.

After all the harrowing details of the crime have been laid out, the prosecution and defense then present their arguments – it is then in the hands of the audience, who become the jury for the case; given the task of balancing all the evidence from both sides and deciding a verdict. The fate of the accused will be in their hands as they await nervously in the dock for the outcome.

Will it be the Gallows? A lifetime of hard labour? Or will it be mercy? Only the audience will have the power to make that decision, with punishments and sentencing relative to the historical period of the crime.

Once the judge has passed sentence from the jury’s verdict, see how close the outcome was to the real-life sentence which will then also be revealed.

Audiences of the first Trial By Jury event in April saw the tragic details unfold of the gruesome murder of James Harrison, a shocking case from 1863.

The defendant, 22-year-old Jose Maria Alverez, pleaded his innocence whilst the defense and prosecution cross examined the witnesses and battled out the details.

During the three nights, the jurors reached a unanimous decision and found the young Spanish sailor not guilty of wilful murder. After the verdict was delivered, they were then informed the outcome of the real court case from 1863 – in which Jose Maria Alverez was sentenced to hang.

Will the defendant at this trial be so lucky? The crime and court-case planned for the upcoming event will be kept top secret until the evening of the first performance.

Judy McLean Creative Director of Lovehistory said: “The first Trial By Jury was a huge success, and this one is proving very popular and tickets are selling fast! It really engages with the audience and they become a part of the show; what is so great and unique about this event, is that no 2 shows will ever be the same as the audience will always be different.

“We have an absolute cracker of a case for this Trial which will be kept a secret until we open – again it is based on an actual historical Liverpool court case and it is guaranteed to be a thoroughly enjoyable and entertaining evening!”

County Sessions House, Islington, Liverpool (to the east of the Walker Art Gallery)

Purchase in person at TicketQuarter, Echo Arena Liverpool, Kings Dock, Liverpool, online at www.ticketquarter.co.uk or on 0844 800 0410.