Panto Legend Berwick Kaler Hits The Big 40 As a Dame

Berwick Kaler must now hold the world record for continuous service as a panto dame and he has announced the title of his 40th pantomime at the Theatre Royal where he has become a festive fixture.

Traditionally, Berwick reveals the title of the forthcoming show on the last night of the panto so after the curtain came down on this year’s production of Jack & the Beanstalk, he told the packed auditorium that the title of the 2018-19 pantomime will be appropriately The Grand Old Dame of York. 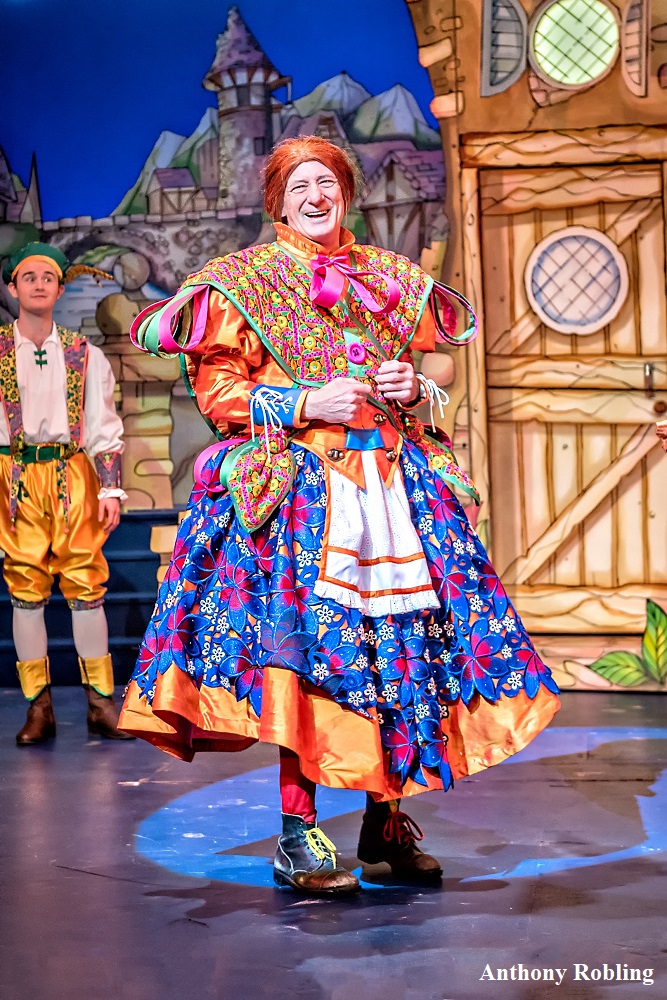 As well as his lively turn as Dame, Berwick writes and co-directs the panto with his regular ‘family’ including Martin Barrass, David Leonard and Suzy Cooper. York Theatre Royal Artistic Director Damian Cruden valiantly tries to direct the cast back to the script in a show that is affectionately known by performers, and the hardcore regulars, as ‘the same old rubbish’.

Berwick first put on a frock in Cinderella at York Theatre Royal way back in 1977 playing Philomena, one of the Ugly Sisters. Apart from two years when he was appearing in London’s West End, he’s been the Grand Old Dame of York ever since.

His opening words ‘Me babbies, me bairns’ have become his catchphrase along with hurling Wagon Wheels into the audience, and giving out bottles of Newcastle Brown Ale to older regulars.

His first York panto script was for Aladdin in 1981 and the total absence of plot has become one of the hallmarks of his ‘scripts’. As Berwick noted “Plots are for cemeteries” and no-one really expects a coherent narrative in a panto.

Panto co-director Damian Cruden said: “To have served the York community with such steadfast dedication for 40 years is a huge achievement. Berwick is the nation’s greatest Panto Dame and he stands as equal to the greats like Dan Leno, Stanley Baxter and Jimmy Logan.

“He has created his very own unique Dame as all the greats do, with annual outings that have unstintingly entertained the people of York and beyond. “

The Grand Old Dame of York will play from Thursday 13th December 2018 to 2nd February 2019. Tickets will go on sale on today in person only from the York Theatre Royal box office. https://www.yorktheatreroyal.co.uk/