After nearly a decade since the last UK tour sold out in only a few days, Cameron Mackintosh is delighted to announce his acclaimed Broadway production of Boublil and Schönberg’s musical LES MISÉRABLES will return to Manchester’s Palace Theatre (19th February – 30th March 2019) as part of a major UK and Ireland tour, with tickets going on sale later this year.

Cameron Mackintosh said, “Since I first conceived the new production of Les Misérables to celebrate the show’s 25th anniversary in 2009, this production has taken the world by storm - more than matching the success of the original, which can now only be seen in London. I am thrilled that modern audiences have embraced this production as Les Mis for the 21st century and it is playing to packed houses all over the world in many languages. It also inspired the hugely successful movie version starring Hugh Jackman, Anne Hathaway and Eddie Redmayne. 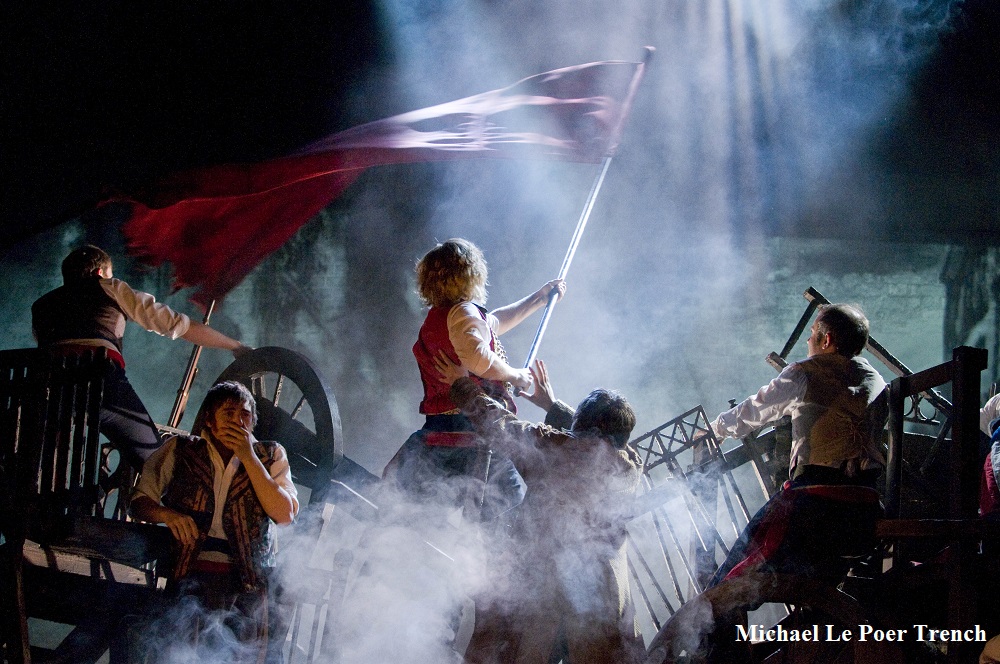 This latest version comes hot from its recent Broadway triumph (now once again on a sell-out tour of North America) and is even more spectacular than the original. I am very proud that this extraordinary Boublil and Schönberg musical remains as fresh, thrilling and exciting as ever – and people are still storming the barricades for a ticket.”

This brilliant new staging has scenery inspired by the paintings of Victor Hugo, and has been seen in North America, South America, Korea, Japan, Canada, Australia, Spain, France, Manila, Singapore, Dubai and Broadway.

Based on Victor Hugo’s classic novel, Boublil and Schönberg’s magnificent score of Les Misérables includes the songs ‘I Dreamed a Dream’, ‘On My Own’, ‘Stars’, ‘Bring Him Home’, ‘Do You Hear the People Sing?’ ‘One Day More’, ‘Empty Chairs at Empty Tables’, ‘Master Of The House’ and many more. Seen by over 120 million people worldwide in 45 countries and in 22 languages, Les Misérables is undisputedly one of the world’s most popular musicals.

Cameron Mackintosh’s production of Les Misérables is written by Alain Boublil and Claude-Michel Schönberg and is based on the novel by Victor Hugo. It has music by Claude-Michel Schönberg, lyrics by Herbert Kretzmer and original French text by Alain Boublil and Jean-Marc Natel, additional material by James Fenton and original adaptation by Trevor Nunn and John Caird. The original Les Misérables orchestrations are by John Cameron with new orchestrations by Christopher Jahnke and additional orchestrations by Stephen Metcalfe and Stephen Brooker.

The production is directed by Laurence Connor and James Powell, and designed by Matt Kinley inspired by the paintings of Victor Hugo with costumes by Andreane Neofitou and additional costumes by Christine Rowland, lighting by Paule Constable, sound by Mick Potter, musical staging by Michael Ashcroft and Geoffrey Garratt, projections by Fifty-Nine Productions and music supervision by Stephen Brooker and Graham Hurman.