King Of The World - Liverpool Fringe

What happens when a man with an enormous thirst for power, but a tragically brittle ego is made King of the World?

In a kingdom ruthlessly ruled over by a permanently tanned King with strange orange hair, one of his lowliest subjects decides he has had enough of the King’s increasingly mad decrees. Can he survive defying the King, especially when he can’t even depend on the loyalty of his oldest friend? 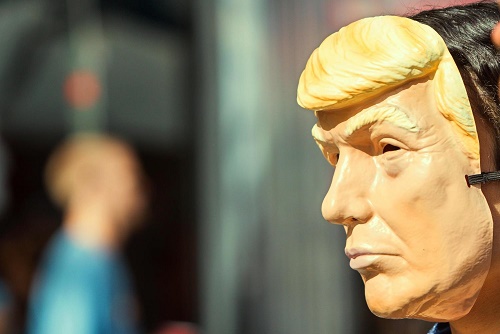 King of the World is a dark comedy and a modern day comment on despotic power and how loyalty, trust and friendship are tested under such a regime.

Emma's most recent production was New Dawn Fades: A Play about Joy Division and Manchester, which had a sell-out, standing ovation, 4 night run recently at The Dancehouse, Manchester.

Any similarity to any present day President is entirely coincidental of course.

King Of The World

Book tickets in advance through the venue or online via the Liverpool Fringe website.