Hope Mill Theatre are Putting it Together in Manchester

Hope Mill Theatre in Manchester and Aria Entertainment have announced that musical revue show Putting it Together will replace the previously announced A Christmas Story, as its fifth and final in-house production of 2018.

Putting it Together, which showcases the songs of Stephen Sondheim, will be directed by Bronagh Lagan – who returns to Hope Mill Theatre after her critically-acclaimed Little Women - and will run from Wednesday 24th October to Saturday 24th November 2018.

The award-winning Manchester theatre, was due to stage the European premiere of Pasek & Paul’s A Christmas Story, but Putting It Together will now run in its place. 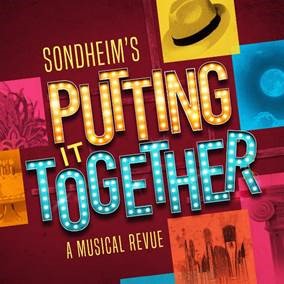 Drawing its title from a song in Sunday in the Park with George, Putting it Together celebrates Sondheim's incomparable career in musical theatre and features nearly 30 musical numbers from some of the celebrated composer’s best-loved shows including Sweeney Todd, Follies, A Funny Thing Happened on The Way to the Forum.

The show is performed by only five people who are thrown together at a party in a Manhattan penthouse. With a bit of imagination, the guests transform the apartment into the stage of an abandoned theatre, an estate in Sweden, an island outside of Paris, a street off the Roman Forum, the woods of a fairy tale and a mythical town in the Southwest.

Putting It Together is directed by Bronagh Lagan, with words and music by Stephen Sondheim, devised by Stephen Sondheim and Julia McKenzie. Original orchestrations by Jonathan Tunick. Presented in arrangement with Music Theatre International (Europe) Limited.

It follows The Return of the Soldier that runs from Thursday 6th to Saturday 29th September – casting for this is due to be announced soon.