Who will clean up at the Epstein this Christmas? 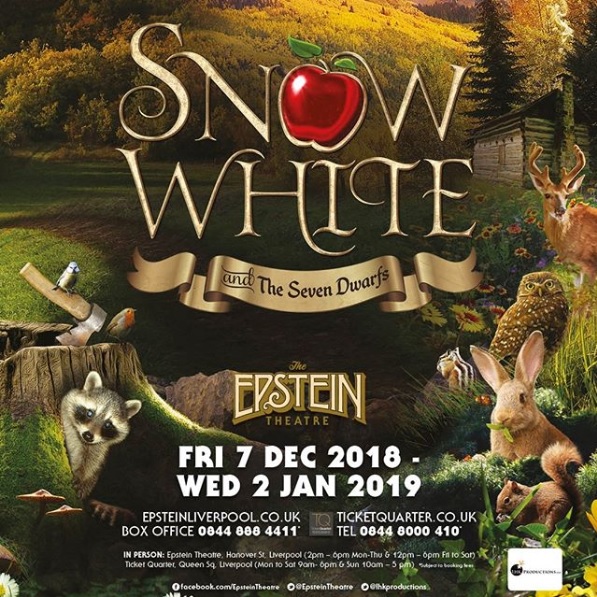 The cast of this year’s Christmas panto from LHK Productions will certainly scrub up well as producers today announce that The Queen of Clean, How Clean is Your House? star Kim Woodburn will appear as the Wicked Queen in Snow White and the Seven Dwarfs.

Television presenter and expert cleaner, Kim Woodburn is best known for presenting Channel 4 show How Clean Is Your House? from 2003-2009, which also led to a Canadian version called Kim’s Rude Awakenings from 2007-2009.

The television personality has also remained a household name with appearances on the ninth series of I’m A Celebrity…Get Me Out Of Here! finishing runner up in 2009, and entered the Celebrity Big Brother house as a housemate on the nineteenth series in 2017 where she made it to the final and finished in third place.

Britain’s best loved and most entertaining medium, Derek Acorah, will be using his psychic ability to declare who is the fairest of them all as he appears as the Magic Mirror via the power of video projection. 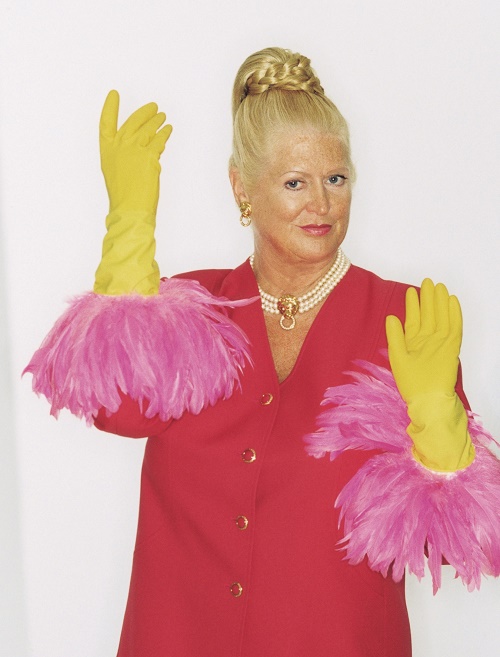 The Liverpool born star is most notable for his work on British paranormal reality television series Most Haunted from 2002-2005. He has since starred in numerous tv shows including Derek Acorah’s Quest For Guy Fawkes and Derek Acorah’s Ghost Towns. He also competed in the twentieth series of Celebrity Big Brother in 2017 finishing in fourth place.

She brought lots of sparkle and magic to Easter’s Jack and the Beanstalk as Fairy Moonbeam, and now one of the city’s best loved radio hosts - voice of the airwaves, Radio City 2’s Claire Simmo is back this Christmas as the Fairy.

Britain’s Got Talent star Lewis Pryor storms back on the Epstein stage after taking audiences on a highflying adventure to Neverland last Christmas as Peter Pan, who returns as Muddles.

The young star finished 3rd place during the live finals of the 2016 series of the ITV show with dance troupe Boogie Storm. No stranger to the Liverpool stage, Lewis is currently training at Jelli Studios and has previously studied at Liverpool Empire Youth Theatre and the Jennifer Ellison Fame Academy.

Michael Chapman never fails to have audiences rolling in the aisles laughing and he is certain to keep everyone on their toes with his hilarious comedy antics as he makes a welcome return as Liverpool’s favourite Dame.

LHK Productions Managing Director Lee Kelly said: “I am absolutely delighted with this year’s cast! I am so excited to be working with Kim Woodburn – she will bring her feisty personality to the role of the Wicked Queen and I know audiences will love her; and home-grown talent Derek Acorah is one of the nation’s best-known mediums and will be a fantastic addition to the cast as the Magic Mirror.

“There are also some returning favourites with Claire Simmo who is always a pleasure to work with, the hilarious Lewis Pryor, and of course no LHK production would be complete without Michael Chapman.

“We are back this Christmas better than ever before! 2017’s Peter Pan was our biggest year to date and 2018’s Snow White promises to be even bigger. With this phenomenal cast and plenty more tricks up our sleeves Liverpool audiences are in for a real treat this Christmas, so be sure to book your tickets fast!”

A timeless tale and one of the nation’s favourite pantomimes, follow the story of the beautiful princess Snow White, as she tries to escape the clutches of her evil step mother, who’s one aim is to become ‘the fairest of them all’.

After fleeing the Kingdom to escape the Wicked Queen’s evil plans Snow White seeks refuge with seven dwarfs living in the forest.

Complete with wonderful songs and choreography as well as poisoned apples, magic mirrors and of course that much loved panto magic, Snow White will have audiences on the edge of their seat.

Heigh-ho, Heigh-ho, it’s off to the Epstein we go this Christmas!

Snow White and the Seven Dwarfs

Times: Vary (Kim Woodburn will not be starring in 10am shows)