Sheffield Theatres have announced the cast for its co-production of Close Quarters in the Studio theatre from Thursday 25th October – Saturday 10th November.

Close Quarters is a co-production with Out of Joint, and is a new play in the Studio by Kate Bowen. Cormack, Findlay and Davies are the elite. They are the first generation of female soldiers to serve in the British infantry in close combat, ever. They’ve aced physical tests only 5% of female soldiers can pass; they’ve run tactical drills with live fire. 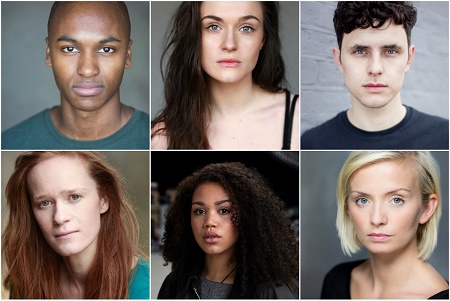 They’ve proven their astounding courage and discipline - while everyone around them constantly questions whether they should even be allowed to serve. And they’re about to join the front line.

Close Quarters runs at the Studio Theatre from Wednesday 24th October – Saturday 10th November. Tickets are on sale now and can be purchased from Sheffield Theatres’ Box Office in-person, by phone on 0114 249 6000 or online at www.sheffieldtheatres.co.uk and are priced from £15.00.