Call Me Vicky comes to Pleasance Theatre this February

It’s 1980 in Elephant and Castle. Martin and best friend Debbie are getting ready for another night out at Martin’s favourite night spot, The Golden Girl - one of Soho’s premier drag clubs. However, tonight is not a regular night out. Tonight is the night that will change Martin’s life forever.

Directed by Victoria Gimby, Call Me Vicky is an honest, frank and revealing insight into an important struggle that has been relevant for generations. Having grown up on a council estate in South London and worked in the back streets of Soho, drinking, drugs and violence were common place when Vicky was overcoming all the adversity and ostracism that surrounded her transitioning. Will the love of Vicky’s friends, family and drag queens be enough to get her through the toughest of times? 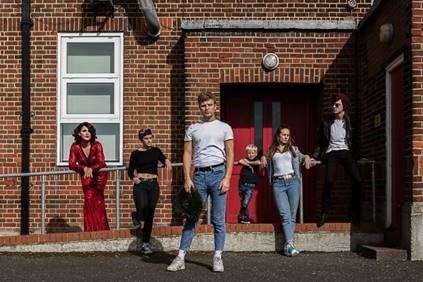 Stacey and Nicola comment, Call Me Vicky is very personal to us and we are thrilled that this incredible true story is being told. We like to think it has something for everyone. It will make you laugh, cry and gasp in disbelief. In the 1980s it was almost unheard of for someone to transition yet Vicky’s story is still so relevant, and we feel it is important to see how her struggles paved the way for the 21st Century Trans Community.

Call Me Vicky charts Vicky’s journey to become the person she knows herself to truly be. This powerful production will be part of Pleasance Theatre’s #YouWillKnowTheirNames season which is a game changing line-up of new writing, showcasing the most daring and original new voices.

Tickets are available from Pleasance Theatre Box Office on 020

Line). The nearest train stations are Kings Cross/St Pancras and